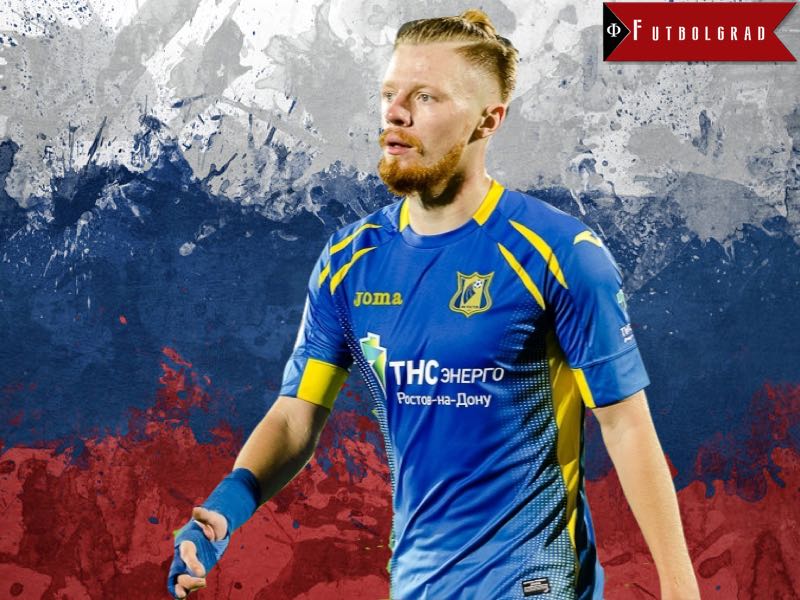 Ivan Novoseltsev – From Rostov to Zenit to the World

Ivan Novoseltsev is not a typical Russian Football Premier League player. For one thing, he has risen through the Russian league system—currently an untrodden path for budding talent in Russia. For another, he’s just swapped UEFA Champions League football at FC Rostov for Zenit Saint Petersburg and the Europa League. On top of that, he is probably the only ever Russian international to have a film character with the same name.

Jokes about the hapless yet heroic Comrade Novoseltsev from the Soviet classic “Office Romance” have bugged him throughout his life, but he is on the path to becoming an even bigger part of Russian popular culture than his namesake. Finally, when other Russian Football Premier League players were posting images last winter from exotic locations around the world, Novoseltsev, dressed as Father Christmas, and visited a children’s home with his wife. A man on the rise—and a nice man too.

Novoseltsev used to struggle to get game time in the RFPL

It’s hard to believe that as recently as 2012 he was struggling to get a game in Russia’s third tier, and only made his RFPL debut in August 2014. In that game he came on as a second-half substitute for Torpedo Moscow, who were beaten 4-1 by CSKA Moscow. He was a substitute for the following game too—an 8-1 thumping at Zenit—but soon got a place in the first eleven. A series of good performances over the next few months saw him move to Rostov during the Christmas break, and last season he was an integral part of the side that ran CSKA so close for the title.

A cynic might suggest that Novoseltsev’s elevated status is down to the worrying lack of central defenders in Russia right now, as well as the pressures the foreign player limit places on clubs. They may well have a point: championat.com data shows that of last season’s regular starters at Rostov, Novoseltsev’s average match score is one of the lowest. Also, his new club, Zenit, is one that has struggled to field all of its foreign stars because of the limit—therefore replacing the recently-departed Ezequiel Garay with a Russian passport holder is a logical move.

Ivan Novoseltsev won his first cap as a Zenit player tonight during Russia's 0-0 draw away to Turkey #TURRUS pic.twitter.com/VViXo877iE

At Zenit, he will face tougher competition than he ever did at Rostov, where he was a regular in a very settled side. New Zenit coach, Mircea Lucescu, is either trying to find his best first eleven or is rotating players right now, so Novoseltsev will certainly get games. His Russian passport may initially give him the edge over out-of-favour Belgian international Nicolas Lombaerts, but any errors will soon let the Belgian back in. His route into the big time, means Novoseltsev has yet to experience the pressure of a side where the expectation is to win every game; the second place achieved at Rostov last year would be seen as a disappointment.

A spot in Russia’s defence is Novoseltsev’s to lose

So far, Novoseltsev has four caps for Russia, and only one of those in an official match—a memorably awful team performance against Austria under Fabio Capello just over a year ago. The call-up of the Rostov defender was something of a surprise at the time; Capello’s successor Leonid Slutskiy did not seem to rate him, and he was left out of the Euro 2016 squad.

With a new coach in place, a new club, and a reputation untarnished by the Euro 2016 failure, there has never been a better opportunity for Novoseltsev to establish himself as a Russia regular at the heart of defence. Football fans from all across the country will be quietly hoping the Zenit move is a success. The domestic World Cup is approaching and, though Vasily Berezutskiy and Sergey Ignashevich do a reasonable job at center back (let’s keep this in the context of the rest of the team in recent years…), their ages means it is not likely that they will be so capable in 2018. A starting position at the 2018 World Cup in Russia is seemingly, whether he likes it or not, Novoseltev’s to lose…