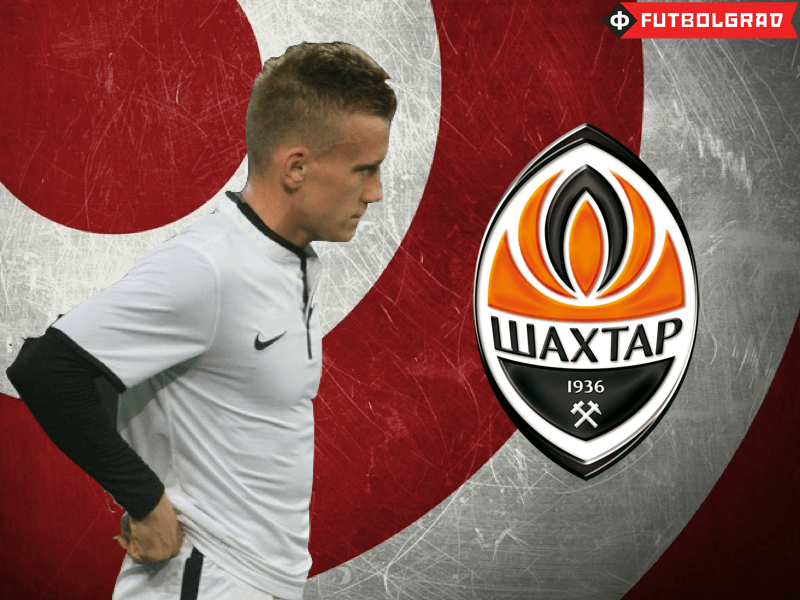 Ivan Petryak – A Symbol of the New Shakhtar Donetsk

The longest running saga of the winter transfer window in Ukraine appears to have reached its conclusion. After being involved in a tug of war with FC Dynamo Kyiv, Shakhtar Donetsk have emerged victorious and have captured the signature of Zorya Luhansk’s Ivan Petryak—he will join The Miners in the summer for a fee of $2 million.

From the central Ukrainian region of Cherkasy, Petryak started his career in Kyiv at the youth level, although not at Dynamo. At age 17, he made the move to Luhansk where he has become a key player for the Yuriy Vernydubs side, a club that has improved over the last few seasons. The midfielder’s development was such that he was labelled one of Ukraine’s most talented youngsters by U21 coach Olexandr Holovko, and this subsequently enabled him to break into the senior national side.

Throughout the winter transfer window, there has been speculation over which club Petryak would join, with both Dynamo Kyiv and Shakhtar showing interest in the youngster. Attention intensified when it seemed that there was a bidding war brewing between the sides and when Zorya held out out for a fee closer to the $5 million mark, rather than the eventually agreed upon $2 million.

The fact that Shakhtar was able to secure Petryak, constitutes a small victory for Shakhtar over Dynamo in the battle between the two Ukrainian giants. The transfer also highlights the continued Ukrainianisation of Shakhtar. After the high profile departure of Alex Teixeira, it would have been no surprise if Shakhtar had attempted to sign another Brazilian, a tactic that has served them so well over the past decade, but instead they have placed their trust in Ukrainian players and products from their youth side. In a further example of Shakhtar buying local talent, it has also been announced that Chornomorets’ Oleh Danchenko will also join Shakhtar in the summer, after remaining with the Sailors until the end of the season.

The transfer of Petryak to Shakhtar also underlines the already close relationship with between the two clubs; Shakhtar has no fewer than five Zorya players already at the club on loan and the news that Petryak will stay with the Zorya until the summer further consolidates the relationship. Zorya coach Yuriy Vernydub has remained pragmatic throughout the saga, and commented on how the development of Petryak and his moving to play at a higher level, would give others the opportunity to showcase themselves at Zorya. He also expressed gratitude that Shakhtar will let the player remain until the summer.

It is also telling that Petryak has decided to remain in Ukraine, when several other players, including Ruslan Malinovskyi, his onetime (albeit temporary) Zorya team-mate , have decided to try their hand abroad—Malinovskyi decided to joint the Belgium club KRC Genk in the winter transfer window.

Shakhtar have now secured one of the most interesting prospects in Ukrainian football, and alongside Oleh Danchenko and Viktor Kovalenko—who dazzled in the round of 32 against Schalke 04—Ivan Petryak might very well become a symbol of the new Shakhtar Donetsk.