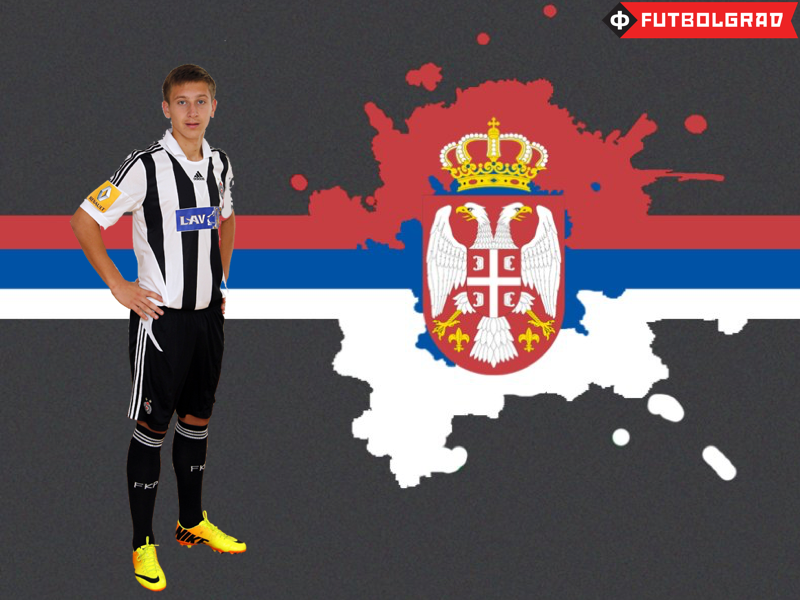 News of a Serbian football talent being transferred to Lisbon giant Benfica can hardly come as a surprise anymore, as the Portuguese eagles have become somewhat of a nesting place for the Serbian eagles (the nickname of the Serbian national team).

Former Partizan youngster Ivan Šaponjić, an 18-year old striker, has signed a five-and-a-half-year contract with the Portuguese champions on January 12.

His transfer to one of the most prominent European clubs may come as a surprise to those who don’t follow Serbian football closely, but Šaponjić is more than just another talent in an inexhaustible Serbian goldmine of raw gems.

Šaponjić acquired his football knowledge in the renowned Partizan academy, before breaking into the first team of the Serbian champions in 2013 when he made his competitive debut. He failed to make any more appearances that season, but during the 2014-15 season he burst onto the scene with five goals in 16 appearances.

Standing tall at 1.88cm, Šaponjić, despite his young age, is already an imposing presence on the pitch. He also has an impressive pace for someone his size and respectable technical abilities make him a versatile striker, unpredictable upfront and a great threat for the rivalling defences.

Off the pitch Šaponjić is a proper football professional, down-to-earth young man who is committed to his cause, ready to learn and improve and to wait for an opportunity to show his talent.

He didn’t play much for Partizan in the current season as he was faced with stiff competition upfront in the likes of Bulgarian international Valeri Bojinov and the fan favourite and Cameroonian forward Aboubakar Oumarou, a former player of Partizan’s city rivals Red Star, who was quick to get into the hearts of the Partizan faithful with his excellent scoring abilities both domestically and in the UEFA Europa League.

Despite limited playing time Šaponjić managed to get himself in the spotlight on several occasions, most notably when he scored an overhead kick in a 2-1 home win over BATE Borisov in the return leg of the UEFA Champions League play-off round.

Šaponjić was also the member of the Serbian golden generation of U-20 players, who were crowned champions world champions in New Zealand in 2015. Despite the fact that he was mostly used as a substitute, Šaponjić scored a couple of important goals and ended up being his team’s top scorer alongside Nemanja Maksimović, Staniša Mandić and another Partizan talent Andrija Živković.

Šaponjić work ethic and the fact that he never expressed dissatisfaction about his limited time on the pitch, was another aspect of his personality that made him a popular member of the Partizan family. Indeed there is a feeling at the club that Šaponjić never truly got the chance he deserved before moving to Portugal. 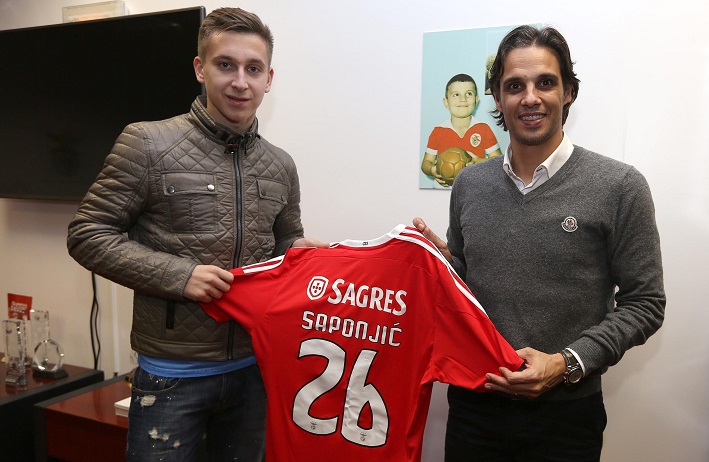 Ivan Šaponjić being presented by Benfica Lisbon – Image via planetbenfica.co.uk

Benfica made a decision to sign Šaponjić after months of scouting. According to Šaponjić, Benfica’s club’s scouts were in Belgrade for every single game during the autumn, carefully watching and analysing the young talent.

Patient as ever, Šaponjić will get the chance to prove himself playing for Benfica’s second team first, where he has already made one appearance since his arrival.

At Benfica he is joined by another compatriot and another former Partizan player, 19-year-old defender Emir Azemović, who signed for Benfica in August 2015 has already familiarized himself with the new surroundings and he will, without a doubt, be of great help to his former teammate, who will be looking to adapt to the new surroundings as soon as possible.