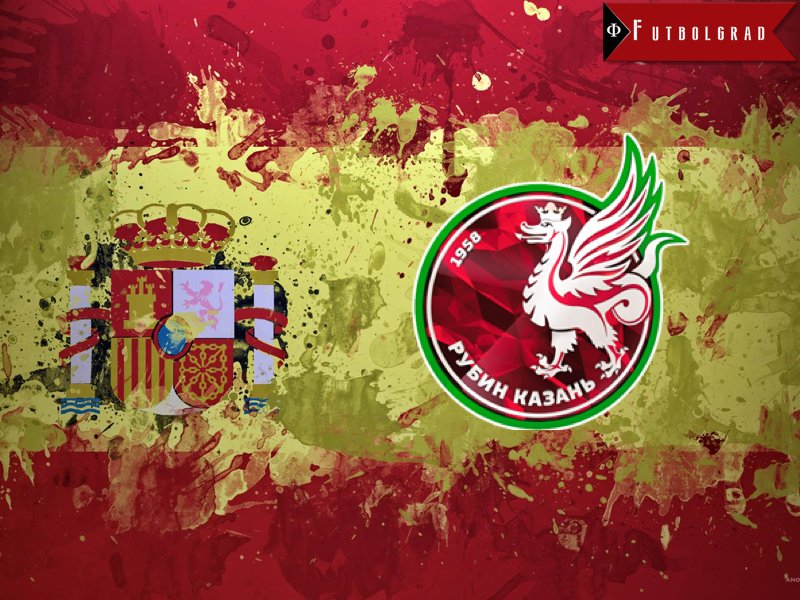 Rubin Kazan is currently undergoing one of the most interesting projects in the Russian Football Premier League (RFPL). The club from the semi-autonomous Republic of Tatarstan finished the 2015-16 RFPL season in tenth place in what can only be described as a difficult season for the 2008 and 2009 Russian champion.

The club started the 2015-16 season under coach Rinat Bilyaletdinov, who was fired on September 6 after Rubin was positioned on a relegation spot. He was eventually replaced by the Ukrainian, Valeriy Chaly. Under Chaly, results got better, but the club fought against relegation until the very end of the season.

Hence, Chaly was let go at the end of the season, and was replaced with the Spanish coach Javi Gracia, who had coached at Málaga CF to a ninth and a tenth place finish in the Spanish La Liga over the past two seasons. At Málaga, Gracia had been able to build an interesting football brand in a not always easy environment.

In 2010,Sheikh Abdullah ben Nasser Al Thani bought Málaga CF with the aspiration to turn the club into a competitor for both FC Barcelona and Real Madrid. Soon the club started spending to the degree that they were able to bring in several high profile players and coaches. The investment paid off at first, as the club managed to qualify for the UEFA Champions League after finishing the 2011-12 La Liga season in fourth place.

The following year, Málaga, coached by Manuel Pellegrini, stormed all the way to the quarterfinal of the UEFA Champions League, where they were narrowly eliminated by later finalists Borussia Dortmund after a last minute offside goal by Felipe Santana.

Stars like Roque Santa Cruz cost a lot of Money, and Málaga was banned by UEFA – Image by Leo Hidalgo

By that point, however, the club was experiencing financial difficulties, as Sheikh Abdullah ben Nasser Al Thani had withdrawn his funding for the club. Málaga was then banned from international competition by UEFA due to breaches of Financial Fair Play regulations, and was forced to sell off several of its high profile players—among them playmaker Isco to Real Madrid.

The following season, Bernd Schuster coached the club and the team finished in mid-table despite severe financial difficulties. Then in May 2014, Javi Gracia took control at the club.

Gracia was given the objective to develop the team on a shoestring, as Málaga’s board now wanted to develop their own talent. Instead of complaining about the challenges, Gracia believed in the project: “There’s not such a tendency to look back as there would be with older players; younger players have it all to do still. Maybe more experienced players don’t have that.”

In his first season at the club, he almost managed to reach the UEFA Europa League, when most expected that Málaga would simply be fighting for survival in the league. Yet, their success also meant that Málaga lost many of its most talented players at the end of the 2014-15 season.

The newspaper El País wrote: “The magic word is cantera [the youth system], Samu, Darder, Samu Castillejo, Juanmi” were all sold. Samuel and Samu Castillejo went to Villarreal, Juanmi signed for FC Southampton and Sergi Darder went to Lyon. They were among eight players to depart, which earned the club €46.6 million on the transfer market.

But in turn, the club spend only about €8.65 million on new players, of whom the biggest sum was paid for Nordin Amrabat, who was the fifth highest scorer in the squad, and who was previously had been on loan at the team—but he would leave in the winter of 2016, for Watford. 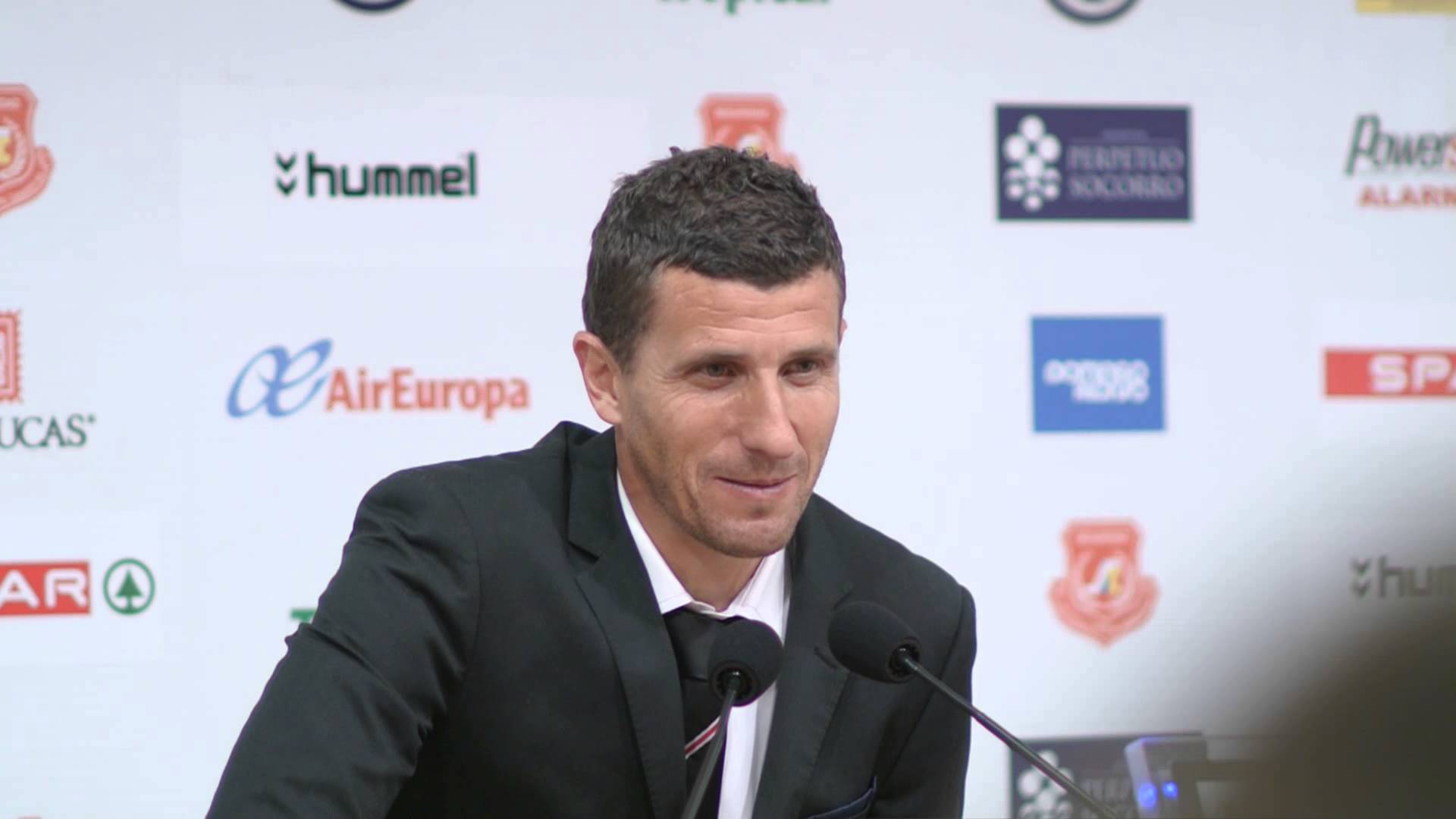 Gracia was realistic about what had to be done at Málaga: “My vision has to be [to find] young players that we can develop to build a better team. My objective is not to develop players to sell, it’s to develop players to have a better team. But if with time, teams come and pay for them, they’ll go. That’s not my objective, [but] there are others who tell you that economically it is necessary, so there you take a decision.”

Despite losing several of his core players, Gracia was, once again, able to build a competitive team, and Málaga finished the 2015-16 season in eighth place, just four points behind Europa League winners FC Sevilla. But, once again, it seems that Málaga will have to offload some of its most talented players, and Gracia must have felt that it was time to move on.

Rubin Kazan Made Gracia an Offer he Couldn’t Refuse

Hence, when Kazan offered him a four year deal worth €12 million, the Spaniard stated that the offer was “irresistible”. Furthermore, Gracia declared his eagerness to start the job at his first press conference at the club: “I would like to start my work as soon as possible. I am looking forward to starting this job.”

Rubin Kazan’s management was equally elated about the fact that Gracia had accepted the appointment. “One of Spain’s leading coaches, Javi Gracia, has become head coach for the first time in our history,” the club’s general director Ilgiz Fakhriyev told a Rubin Kazan TV.

For Rubin, signing the Spaniard is a statement of intent, as the club is likely to significantly increase its budget in order to build a team that can meet Gracia’s high expectations.

This is especially significant in a world were most RFPL clubs are looking to cut their budgets. The club’s budget was €60 million last season (down from €70 million the previous year), but this figure is expected to be increased significantly for the 2016-17 season. Furthermore, Rustam Minnikhanov, the president of the Republic of Tatarstan, which owns the club, wants to bring Champions League football to the newly constructed Kazan Arena.

The club has already spent €9 million on new players during this summer’s transfer window, as Gracia has signed the above mentioned right winger Samuel from FC Villareal for €5 million, and the Swiss defender Moritz Bauer from Grashoppers Zürich for €4 million. In addition, Gracia signed the 30-year-old Spanish defender Sergio Sánchez from Panathinaikos Athens on a free transfer.

The signing of Samuel, especially, has generated high expectations in Tatarstan, as the winger will be an exciting prospect to watch in the RFPL. Ilgiz Fakriyev told the press: “He played for Javier Gracia at Málaga, and he understands the coach’s system. We hope that he will be one of the leading players on the pitch, and that he can help our coach with his ideas on the football field.”

It is expected that Rubin Kazan will make several other new signings in an effort to rebuild the squad into a team that can compete for a UEFA Champions League spot. With this goal in mind, Gracia has focused on signing several Spanish players and, therefore, it can be expected that Rubin will have a distinct Spanish flavour when the RFPL season opens.

At the same time, Javi Gracia demonstrated during his time at Málaga that he is also willing to work with young players from the academy. This is good news for players such as the highly talented Elmir Nabiullin, who has recently stalled a bit in his development.

Gracia Will Have to Solve Some Problems at Rubin

There is also hope that the highly talented Iranian striker, Sardar Azmoun, can be convinced to remain with Rubin Kazan. Azmoun was on loan at FC Rostov last season, where he helped his club to a second place finish in the RFPL. Azmoun has since announced that he wants to remain with Rostov, but Rubin has so far rejected any transfer over from Russia’s vice champion.

Azmoun has recently posted a picture on Instagram from the Istanbul airport with the words: “I know Tatarstan that you want me to stay, but…” Hence, the player might need some convincing to remain at Rubin Kazan, which has already announced that they would complain to FIFA if the Iranian doesn’t show up to the first training session.

Azmoun is not the only potential troublemaker for Gracia, however, as several high profile players, who were out on loan last season, are expected to return to Rubin Kazan this summer. Among them is the French national team midfielder, Yann M’Vila, who was on loan at Sunderland last season.

Rubin have confirmed that M’Vila is not part of Gracia’s plans, and that, if the player doesn’t find a new club, he will be demoted to Rubin’s farm team Neftekhimik Nizhnekamsk, which currently plays in the Football National League. Sunderland might be willing to bring the player in fulltime, but Rubin wants to recover at least some of the €12 million that they paid for the player to Stade Rennes in 2013.

Javi Gracia – A Philosophy of Passion

Gracia’s time at Málaga has given the coach the skills that are needed in order to deal with difficult circumstances—which could be a good thing given the not always easy to navigate world of Russian football.

But what kind of football can Rubin fans expect from their coach? After a 1-1 tie against Real Madrid last season Gracia explained: “The objective is for our fans to feel participants in what we do: that’s the ultimate aim of any football team. Winning in any [old] way, without a sense of conviction and without winning over fans, without involving them, doesn’t bring complete happiness; you feel a little empty. Connecting with them is where true satisfaction comes from.”

Hence, Javi Gracia will try to build a team that can not only challenge CSKA Moscow and Zenit Saint Petersburg for the Russian title next season, but that will do this by playing emotionally charged football that is entertaining to watch. After all the Republic of Tatarstan will expect nothing less…