Jô – From Big in Russia to Big in Japan

Former CSKA Moscow forward Jô continues his odyssey through the world of football. The Brazilian striker was announced as a new Nagoya Grampus signing on January 3, 2018, and the move from Corinthians to the Japanese J-League will be announced on January 6.

It is the latest stop in the career that once started with a bang in Europe at CSKA Moscow and then saw him play for Manchester City, Everton, Galatasaray, Internacional, Atlético Mineiro, Al-Shabab (UAE) and Jiangsu Suning (in China) before finally returning to his boyhood club Corinthians in January 2017. The list of clubs indicates that not everything was well at some of the clubs Jô played throughout his career.

Signing for CSKA Moscow in January 2006, at a time when the Russian Football Premier League still used the old Soviet spring to fall calendar, Jô had a spectacular first season in which he scored 14 goals and three assists in 18 RFPL games. But Jô did not just score in the RFPL; he also got the job done in Europe scoring two goals in the UEFA Champions League in what were dramatic encounters against Inter Milan during the 2007-08 Champions League group stage.

More importantly, however, his goals were one of the prime reasons CSKA won the title that season in Russia. Although he just missed CSKA Moscow’s 2005 UEFA Cup victory, he became part of a squad that was in many ways legendary. Jô’s time at CSKA, in fact, represents a different era of Russian football.

Jô – Reminder of a Different Era

The early 2000s saw the emergence of significant money transfers of top international stars to the Russian Federation. Fuelled by oil and gas top clubs like CSKA, Lokomotiv, Dinamo, Zenit and Spartak were signing players that were also on the radar of top European clubs in the west.

CSKA, in particular, were at the forefront of this development. In many ways linked to Chelsea owner Roman Abramovich, the club had signed a sponsorship deal with Abramovich’s company Sibneft, which at the time was one of the most lucrative contracts in European football.

For the club, which is officially owned by Evegenii Giner, the deal brought riches beyond belief and the possibility to bring together a dream team squad. Alongside Jô CSKA Moscow’s squad also included the extravagant Vágner Love, Daniel Carvalho, Dudu Cearense and later Bayern München legend Ivica Olić. 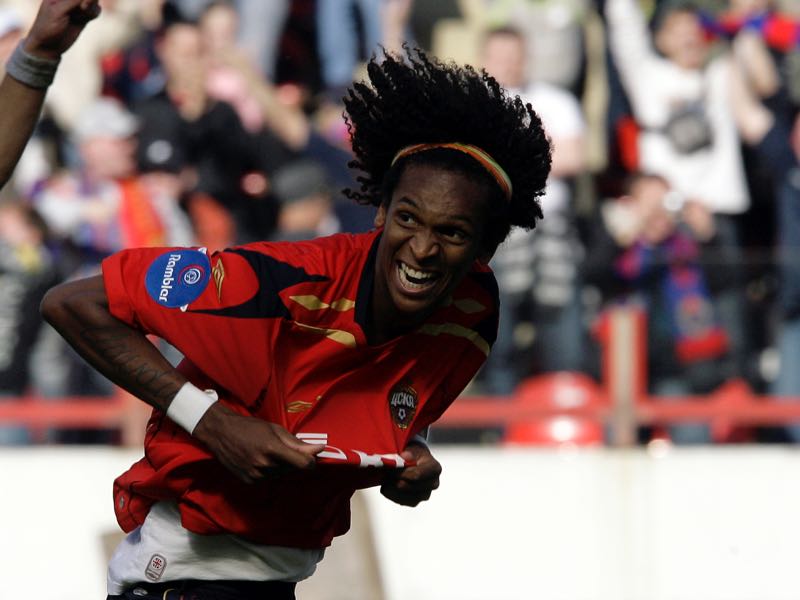 It was a time that heralded the beginning of a new era. But it was also a time in which Eastern Europe became the Mecca for player agents trying to make extraordinary deals with South American players trying to find their way into the European market.

As a Corinthians player Jô was in the echelons of the famous player agent Kia Joorabchian—his work with Eastern European clubs, in particular, Shakhtar Donetsk, and Brazilians has been part of an article on the Futbolgrad Network in the past. Jô’s move from Corinthians to CSKA would, therefore, attract considerable interest at some point.

Jô, after all, had played for Corinthians in Brazil at a time when the club was owned by Media Sport Investment. Although publically refuted MSI was rumoured to be partly owned by Russian oligarchs Roman Abramovich and his now deceased former business partners Boris Berezovsky as well as Badri Patarkatsishvili.

Jô’s transfer in 2006 from Brazil to Russia, on top of that to a club linked with Abramovich, further fuelled the speculations on where MSI’s money indeed originated from. One also has to think back to put this deal into perspective truly. Signed for €5 million—a lot of money at the time for a transfer involving a Russian club—by CSKA from Corinthians the transfer was the equivalent of a South American star moving to China in today’s world.

China, of course, would play a role in Jô’s later stage of his career, but first came two fantastic years in Russia. In 2007, his second season with CSKA, he once again could not stop scoring netting 13 goals in 27 games. He then started the 2008 season with CSKA once again scoring three goals in eight games. But that third year at the club was already marked by speculations that Jô could leave the club.

By the summer a move to England and Manchester City appeared imminent. City had just been purchased by former Thailand prime minister Thaksin Shinawatra. A controversial figure Shinawatra would sell the club to the current owners the Abu Dhabi United Group. The fluctuating ownership situation at City would undoubtedly play a role in Jô’s difficulties of becoming a star in England. 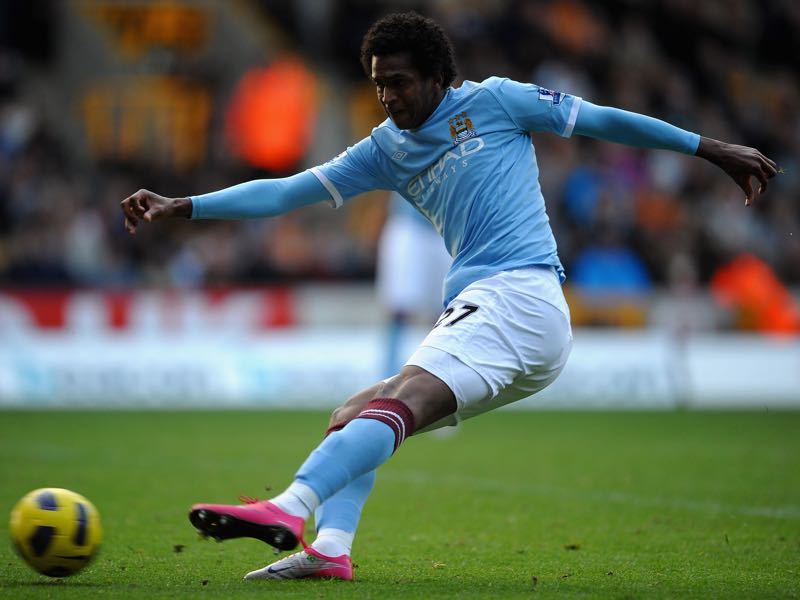 Another problem was the transfer to City in itself. The English Premier League had banned transfers involving third-party owners in June 2008 following a scandal that involved MSI, who had put together a transfer for Carlos Tevez and Javier Mascherano from Corinthians to West Ham United while holding on to the economic rights of both players. As a result, Jô’s transfer from CSKA Moscow to Manchester City was put on hold, and the player was waiting in limbo was not used by CSKA Moscow for several games.

The City ownership change in September than did the rest to a playing career that never truly took off. City were buying players left, right and centre without a true philosophy at the time. What followed was, therefore, a loan move to Everton, followed by a stint at Galatasaray and Internacional. Jô then returned to Brazil where he became a decent striker for Atlético Mineiro.

The magic was gone, however, at least so it seemed. Moves to the UAE and China underlined that he was now a player once regarded as a fantastic talent, who had done too little with his ability. At least until last season.

Jô – Off to the Land of the Rising Sun

Playing for Corinthians in the 2017 season Jô managed 18 goals in 34 games. The 30-year-old finally showed the sort of scoring rate that made him a fantastic prospect ten years ago. But there is also a sad reality to Brazilian football, which sees even big clubs like Corinthians forced to sell their players if the price is right.

Jô, therefore, quickly became the subject of transfer speculations once again. Worth €4 million he was a far cry removed from his highest transfer value of €24 million, achieved in 2008, but given today’s market there was still decent money to be made. 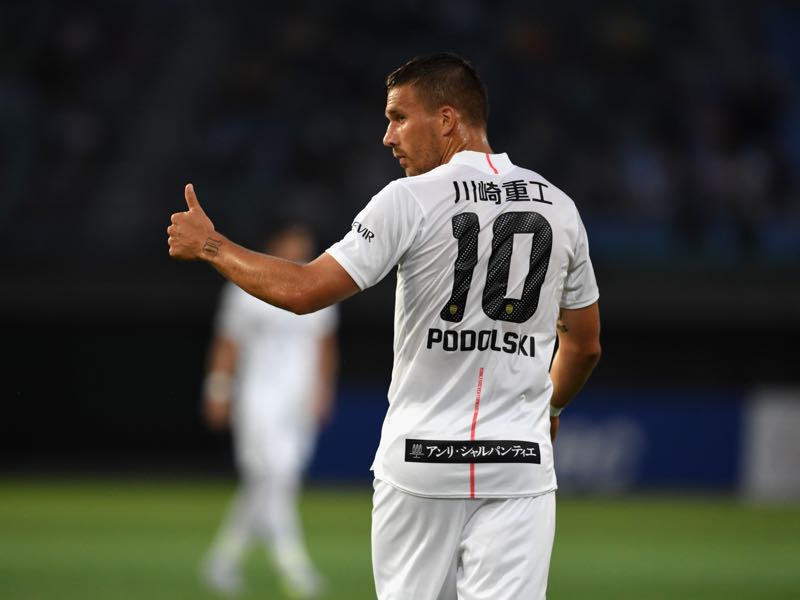 Recently overshadowed by the riches earned in China the J-League has recently attempted to bring some all-star glamour back to the league. Lukas Podolski signed in Japan last summer and other clubs are also looking at star names. Hence, when the ambitious J-League club Nagoya Grampus offered €11 million Jô was off once again. In Japan, he will join a club recently promoted from the J2 League and owned by Toyota he will likely not be the last big name signing this winter for the club.

Meanwhile back in Russia, the news has been noted, as it is always the case when a former star of the RFPL signs somewhere abroad. Those of the nostalgic kind will undoubtedly remember Jô’s many goals scored for the Red Army club and a time where Russian football was in a position to attract some of the most prominent stars from South America.