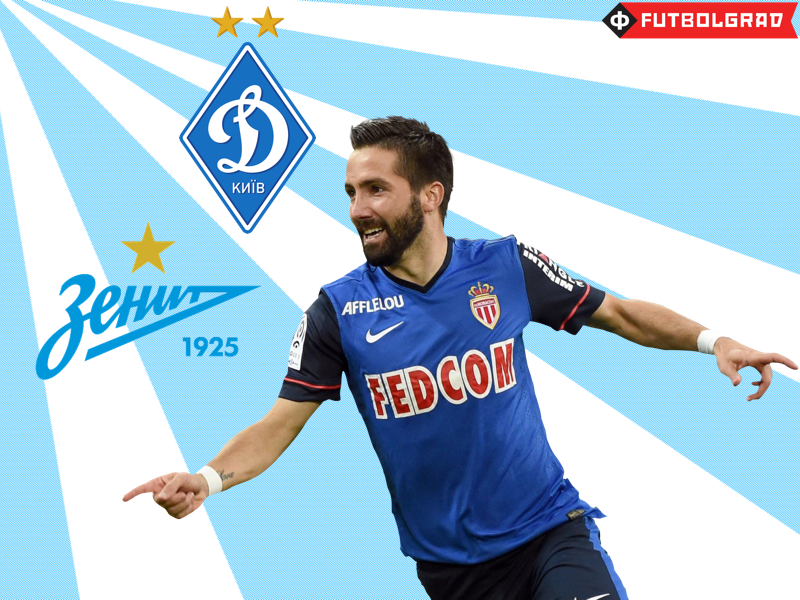 On the eve of Zenit Saint Petersburg’s important match against Spartak Moscow (read about the match here) rumours have emerged from Portugal that Zenit are once again looking to sign the Portuguese winger João Moutinho from AS Monaco FC.

Zenit were already interested in signing the Portuguese midfielder last summer, but failed to negotiate a deal with AS Monaco. Now it appears that Moutinho is once again a transfer target for Zenit, but according to the Portuguese newspaper A Bola Zenit face stiff competition from several clubs for Moutinho’s signature.

One of the interested clubs is Moutinho’s former club FC Porto, where the Portuguese midfielder played between 2010 and 2013.

According to A Bola, Moutinho is extremely dissatisfied with the direction that Monaco has taken for the past two seasons, and is therefore looking to leave the club for a team that can win a title right away.

It is, however, understood that the €3.7 million that Moutinho earns at Monaco could be a major obstacle for Porto, especially considering Monaco’s favourable tax laws. Zenit on the other hand could easily afford a salary of €3.7 million, furthermore football players in Russia only pay 13% income tax.

According to the Russian paper Sport-Express Dynamo Kyiv, the current leader of the Ukrainian Premier League is another club that has expressed interest. Like in Russia football players pay relative low income tax in Ukriane. Furthermore, the joint-stock company Dynamo Kyiv is registered on the Cayman Islands, which means that officially players are only paid Ukraine’s minimum wage, and receive the rest of their salary into offshore accounts.

Recent rumours have suggested that Dynamo Kyiv’s coach Serhiy Rebrov might want to leave the club, due to a conflict with Dynamo owner Ihor Surkis over the future development of the club. Rebrov would like to add several high profile players in order for the club to be competitive not only in the Ukrainian Premier League, but also in the Champions League.

Furthermore, it is widely believed that star winger Andriy Yarmolenko will leave the club in the summer, and Moutinho could be the perfect replacement for Yarmolenko. This signing could convince Rebrov that Ihor Surkis wants to improve the club.

It will be interesting to see whether Moutinho will indeed sign for either Zenit or Dynamo in the summer. Much will depend whether Zenit can reach the Champions League next season, because with both clubs in the competition, money will be decisive factor in Moutinho’s decision, and Gazprom’s endless resources will easily outbid Surkis’ financial capabilities.