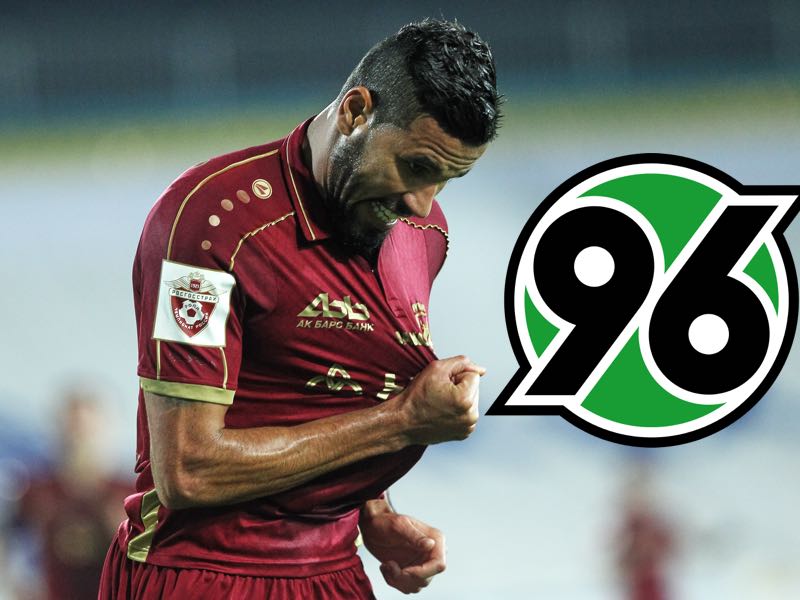 Rubin Kazan’s 28-year-old striker Jonathas is on his way to Germany. The Brazilian has come to terms with newly promoted Hannover 96, who have been on a desperate hunt to find a new forward before the Bundesliga kicks off this weekend.

According to sources in Germany, the Bundesliga side will be paying €6.5 million for Jonathas, which is €500,000 less then what Rubin Kazan paid to Real Sociedad back in the summer of 2016. Jonathas joined Rubin at a time when the club underwent an ambitious project under the Spanish head coach Javi Gracia. Several stars were brought in from the Spanish La Liga as Gracia wanted to revolutionise the way Rubin were playing.

The problem, however, was that Gracia completely underestimated Russian football. Furthermore, the many stars brought in were not suitable for the style of football played in Russia. Gracia wanted to create a sort of Barcelona 2.0 in Tatarstan. A style of football based on plenty of possession. The problem, however, was that most Russian clubs like to sit deep with a five-man defensive line when defending and relies on quick transition game in which the right and left midfielders are playing both as a wing back and attacking wingers. 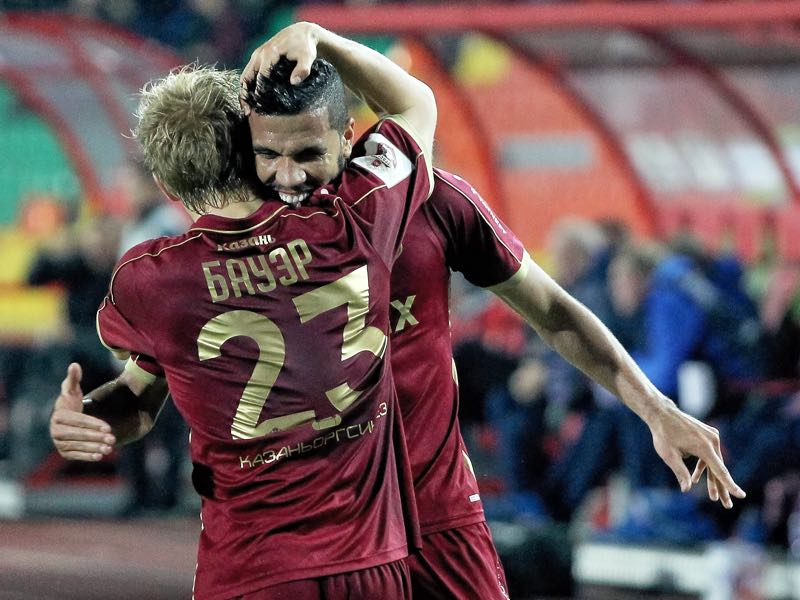 This in turn means that Gracia’s tactics were highly susceptible to counter football. As a result, Rubin Kazan struggled last season and lofty goals that included a return to the UEFA Champions League were missed. Rubin ended up finishing the season in ninth place—to little for the decision makers in the government of Tatarstan—and Gracia was let go.

Jonathas was one of the few Positives Last Season

In what was a poor season for Rubin Kazan Jonathas was perhaps one of the few positives. The Brazilian striker ended up scoring nine goals and three assists in 26 games for Rubin enough to finish the Russian Football Premier League scoring race in seventh place. While nine goals do not sound like a lot in the context of the Bundesliga those are decent numbers in the context of Russian football. Traditionally a low scoring league only four strikers finished the scoring race with double digit numbers—Fedor Smolov, Artem Dzyuba, Quincy Promes and Ari.

When Rubin Kazan brought in new head coach Kurban Berdyev, there was, therefore, a sense that Jonathas could be one of the players that could survive the regime change. But the striker only played 18 minutes on matchday 1 against Krasnodar and then was not included in the squad against Zenit Saint Petersburg on matchday 2. Both those games ended in defeats and Berdyev elected to play the striker for the full 90 minutes on matchday 3 against Arsenal Tula and on matchday 4 against CSKA Moscow where he scored two goals.

The two goals against CSKA, in particular, gave the sense that Jonathas would stick around in Russia. It was around that time that foreign clubs stated their interest in the striker. Rubin, however, realised that there was no need to sell him for any price. Unlike the other outgoing transfers, Jonathas represents an asset that could generate a decent income on the transfer market.

Furthermore, despite reservations about how Jonathas could fit into his system Berdyev has recently shown that he could make the striker work in his 3-5-2 system. It was for that reason that Hannover had a difficult time to come to terms with Rubin Kazan over the services of the Brazilian striker. Also while German media was confident that the deal was all but done, there are still some minor obstacles. For example, the €6.5 million reported will likely only provide the base sum for the transfer and does not include options that are built into the deal. 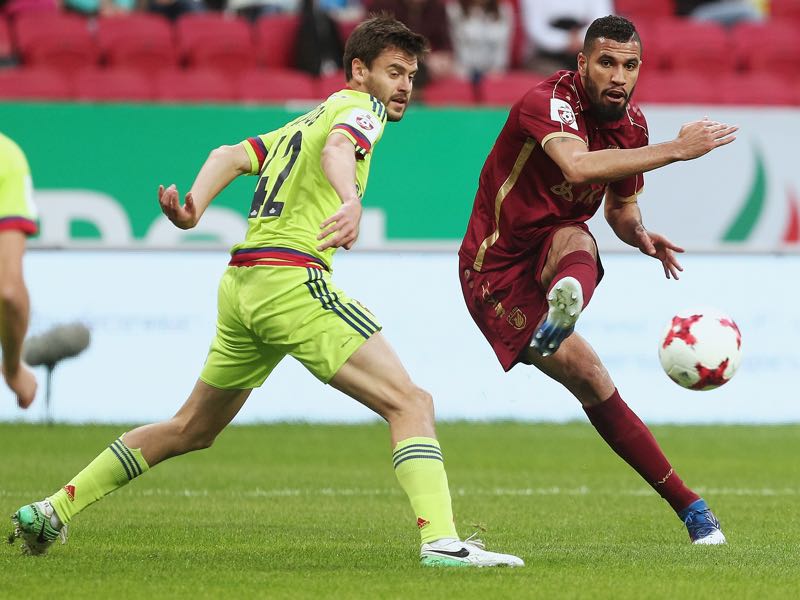 The concluded deal would be a significant outlay for Hannover 96. At the same time, the Bundesliga side will receive a forward who has shown that he can score goals despite playing in a league that is not a goals scorers paradise. Tall and physical present Jonathas will also do well in the physically demanding Bundesliga, especially when playing with players, who now how to use his assets.

Hannover has been known to operate in a 4-2-2-2 system in the past, and Jonathas would do well playing in a two man striker partnership with someone more mobile than him. With Martin Harnik often dropping deep to collect balls and Jonathas as a breaker the two could form a formidable partnership.