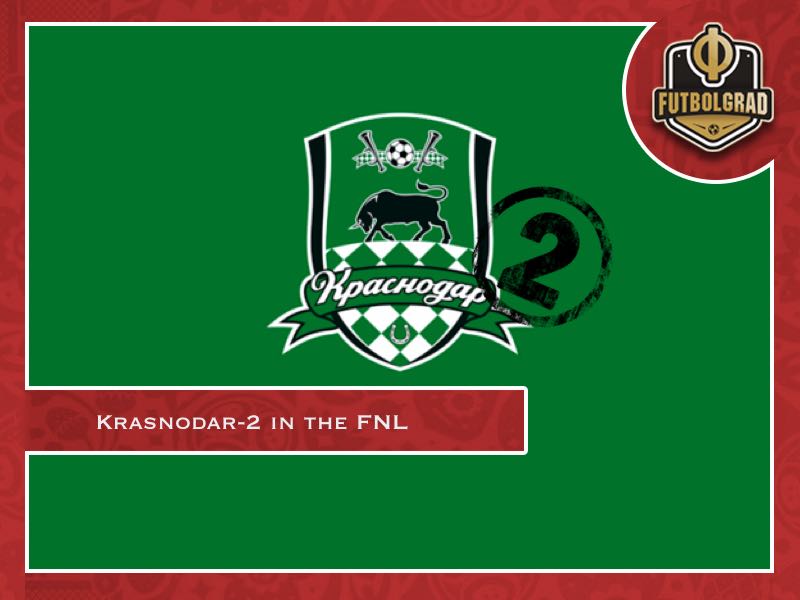 Krasnodar-2 – A youth team project with plusses and minuses

As things stand, the two promotion places in Russia’s second-tier Football National League are taken up by teams unable to move to the Premier Liga. The sides, Krasnodar-2 and Spartak-2, are both second teams of the top flight clubs; despite being relatively young and inexperienced – both have fielded sides with an average age of under twenty years – they are currently keeping top-flight stalwarts (Tom), the new and ambitious (Tambov) and the well-supported (Nizhniy Novgorod) out of the top two.

Krasnodar-2’s first place is particularly surprising. They were only promoted to the FNL this season because of a footballing emergency: bankrupt Amkar Perm suddenly left the Premier League and relegated Anzhi Makhachkala were reprieved to take their place, but an extra team was needed to ensure there was an even number of sides in the FNL. Krasnodar 2 had only finished fourth in the third tier Professional Football League South (some way short of the first place needed for promotion), but as part of the FC Krasnodar project owned and run by billionaire Sergey Galitsky, they have the funds to compete in the second tier. In a sprawling league where sides frequently drop out for financial reasons, this is not something to be taken for granted.

Galitsky aims for Krasnodar’s first team to one day be made up entirely of academy graduates, and this ambition aids Russia’s national team – the Krasnodar academy structure is considerable both in size and in resource, and it is possible that within a couple of generations it will become the most important source of quality Russian players as well as feeding Krasnodar’s first team. The promotion of Krasnodar-2 to the FNL enhances the process: players who won the 2017-18 Russian Youth League with Krasnodar and played in the 2017/18 UEFA Youth League can now develop their skills against decent adult opposition and in front of sizeable crowds. Krasnodar-2, for example, recently played in front of 25000 in Mordovia.

Krasnodar-2 have dominated other reserve sides

Although it is early days for Krasnodar – the club has only just celebrated its tenth birthday – there are signs that the academy is about to make a serious impact on top level football. Krasnodar’s first team salvaged a point in the Premier Liga last weekend thanks to a late goal against Orenburg set up by academy graduate Ivan Ignatyev and scored by fellow graduate Magomed-Shapi Suleimanov. Suleimanov made the Krasnodar first team during 2017-18, including scoring a late winner in a Europa League match against Lyngby. Fellow forward Ignatyev also broke into the first team then and scored an important league winner against Akhmat Grozny. If 2017/18 was the year that Krasnodar youngsters began to creep into the first team, then this season and 2019-20 could be the period when they become an integral part of things. Krasnodar-2 would be a key component in making that happen to the next Ignatievs and Suleimanovs.

The other sides with ‘2’ teams in the FNL, Spartak Moscow and Zenit St. Petersburg, cannot claim even this level of recent success. Spartak-2 may be having a good season, but its players will be cautious about whether this means they will make a first-team breakthrough. During the last two seasons only goalkeeper Aleksandr Maksimenko has made that leap – some may question, given some of his performances this season, how ready he is. Other players have totted up 100+ games for Spartak-2 before moving onto smaller sides, and others are well on their way to three figures. Rather than being part of a talent pipeline to the first team, Spartak-2 feels like a waiting room for those to be shipped out to Russian football’s hinterlands. 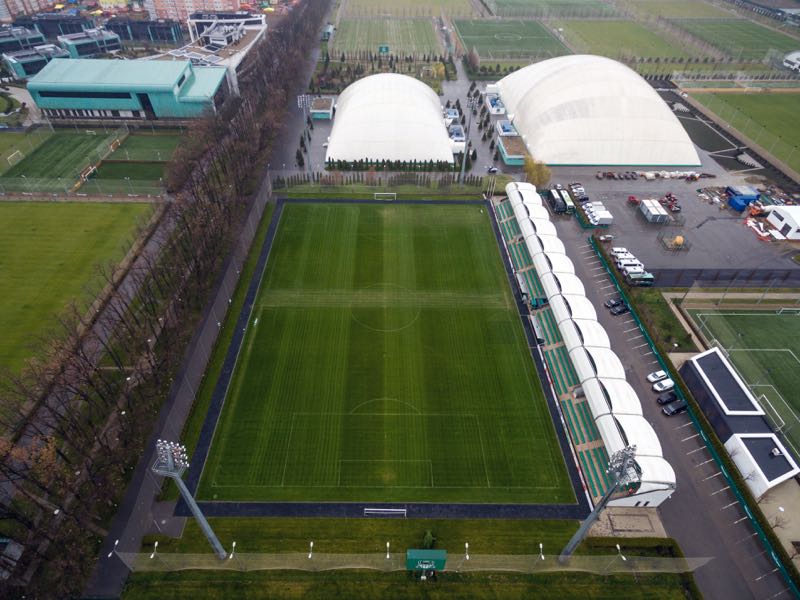 Krasnodar-2 play in the academy stadium, which only has room for 2,200 spectators (VITALY TIMKIV/AFP/Getty Images)

It is not since the days of Andrey Arshavin and Aleksandr Kerzhakov breaking into the first team that Zenit’s academy has successfully produced graduates capable of making the grade. That trend seems unlikely to be broken any time soon – Zenit-2’s youngsters are currently bottom of the FNL and yet to pick up even a point.

Krasnodar-2 – Good for Russian football, bad for the second division

The rise of Krasnodar-2 is seen positively by most Russian fans. However, it will be interesting to see whether this is still the case in a few years’ time. The Krasnodar academy may by that point be producing a stream of high-quality players, both for the first team and for the Russian national team. Equally, the project could be in the same position as it is now – producing a trickle of Premier Liga fringe players, and a glut for FNL level. If that were the case, we could see a tricky situation with Krasnodar unable to make a dent on the Moscow/St. Petersburg dominance in the top flight, but Krasnodar-2 consistently interfering with the promotion places in the FNL.

This could lose them friends – a league where relegation places are often decided by who can and can’t afford to be in the division may also see a promotion spot become somewhat contrived. Also, as a reserve team, Krasnodar-2 attract relatively small crowds. Though their 1900 average is considerably more that the three figures crowds at either Zenit-2 or Spartak-2, it is nevertheless well below the league average; this figure is unlikely to ever increase by much. If they become an irritant rather than (as now) a relatively equal and exciting member of the league, we could see a future where the football authorities decide to ban reserve teams from the FNL.

It is difficult not to like what is happening at Krasnodar, given how we frequently observe a football world where money is used unwisely – if it ends up working well, it will be a model to be replicated not just in Russia but beyond its borders. All that Galitsky is doing in funding a second tier Krasnodar-2 is somewhat taking advantage of the Russian football system to give young players a development opportunity not available elsewhere. However, the long-term involvement of their over-strong yet moderately-supported reserve team in the FNL is unlikely to be good for the league, even if it ends up benefitting Russian football as a whole.