Krasnodar Stadion is the venue for Krasnodar vs Fenerbahçe – Image by Igor3188 CC-BY-SA-4.0

After making the knockout stages of this competition last year, Krasnodar are looking to go one better against Turkish giants Fenerbahçe in their third consecutive continental campaign. The first European fixture in their striking new stadium will be a historic occasion whatever the result, but anything other than a win will be catastrophic to their chances of progressing further.

Manager Igor Shalimov has struggled to ignite his talented squad in his tenure so far, and unusually for Krasnodar, there has been a reasonable turnover of players. Firstly, Odil Akhmedov and Kouassi Eboue left for China and Scotland respectively, while Artur Jędrzejczyk has returned to his native Poland. The trio have brought in almost €12 million, part of which has been spent on 22-year-old Ecuadorian left back Cristian Ramírez and goal-scoring Swedish international midfielder Viktor Claesson.

The main headline regarding this encounter from the Russian perspective, however, is that Fedor Smolov has remained a Krasnodar player for the time being. Although it still seems highly likely that his stunning form will earn him a deserved high-profile move to Western Europe in the summer, his presence in the starting XI will be a major boost to the Bulls. Having said that, he has been joined by some interesting new faces who could also have a say on the result.

As highlighted by Manuel Veth previously on Futbolgrad, Ramírez has the potential to finally offer a long-term solution at left back. The 22-year-old Ecuadorian has not had the easiest of times establishing himself in Europe following a move to Germany, but a stellar season at Ferencvaros has given him his chance to prove his worth in Southern Russia. This season Dmitry Torbinsky, a winger by trade, has spent plenty of time filling in, but Ramírez has both the pace and motivation to open eyes.

Fenerbahçe are without Slovakian centre back Martin Škrtel through suspension, but can still call upon Robin Van Persie, Simon Kjær, Souza, Mehmet Topal and Moussa Sow—scorer of two spectacular overhead goals before the new year—amongst others. A familiar face for Russian fans will be naturalised German-born defender Roman Neustädter.

Krasnodar vs Fenerbahçe – Players To Look Out For

Krasnodar – Viktor Claesson was directly involved in 47 goals in his last two seasons in Sweden, and can play almost anywhere in midfield, although as his statistics suggest his strengths lie as an attacking force. With Pavel Mamaev almost certainly unavailable due to injury, the creative onus will lie with the newcomer. 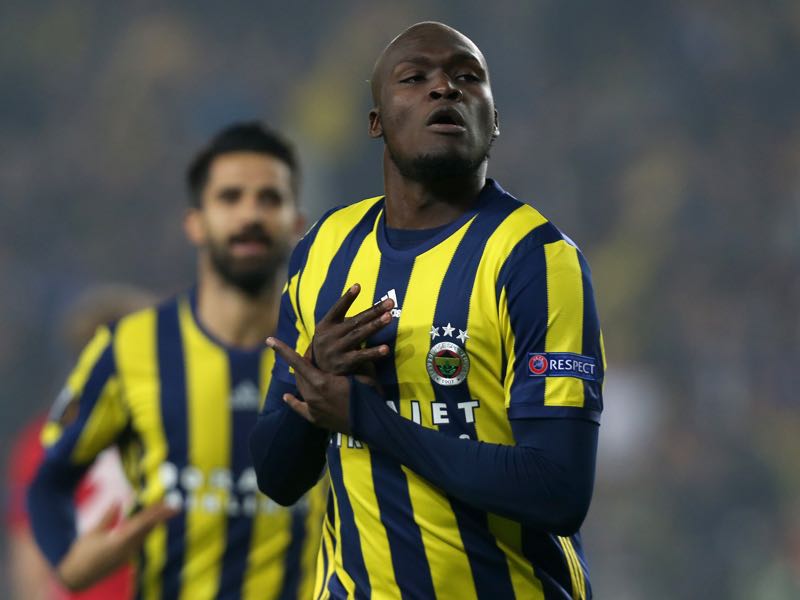 Fenerbahçe’s Moussa Sow (R) is one player to keep an eye on in the round of 32. (STRINGER/AFP/Getty Images)

Fenerbahçe – Moussa Sow is an immensely powerful presence up front for the Turkish side, and has an accurate eye for goal as his two wonder strikes earlier this season show. His athleticism will cause Krasnodar’s experienced centre backs trouble while regular striker partner Van Persie’s intelligent movement won’t allow them a moment’s rest.