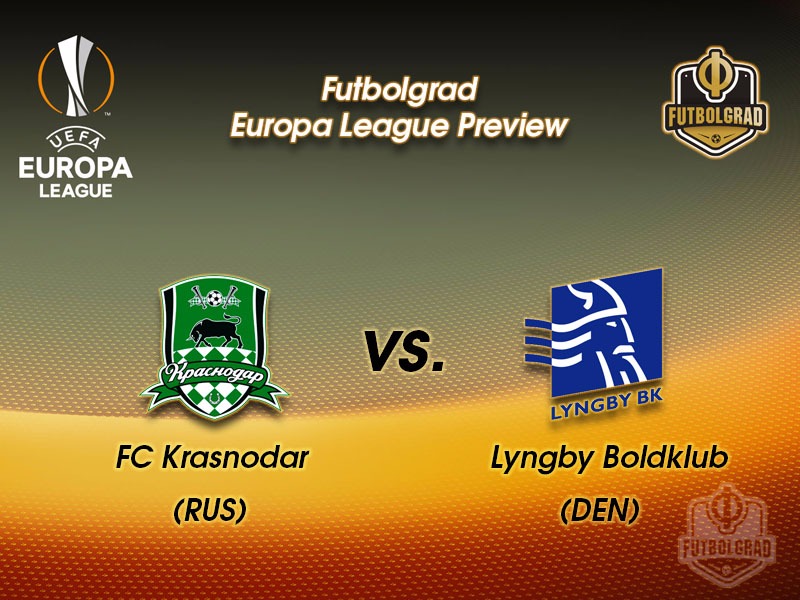 Krasnodar vs Lyngby will take place at the Krasnodar Stadion Image by Igor3188 CC-BY-SA-4.0

Fyodor Smolov’s on-off transfer saga that has seen the Russian Football Premier League’s top goalscorer linked with a host of clubs in Europe, as well as Spartak Moscow and Zenit St Petersburg in his homeland, has added to the tension of Krasnodar’s already hectic season. The Bulls have started strongly in domestic league action winning both of their opening games, most notably away to a rejuvenated Rubin Kazan, but the injured frontman’s destination remains a central element to the early narrative of Krasnodar.

Their sensible squad recruitment over the last three or four transfer windows has paid off for Krasnodar, as with at least eight senior team members either injured or doubtful for this Europa League qualifier they are still able to put out a strong XI. Wanderson Souza (not to be confused with Francisco Wanderson who left the club this summer for Dinamo Moscow) has arrived from Austria having previously been recruited the highly-vaunted Red Bull scouting network, and will most likely line up alongside fellow countryman Joaozinho and the free-scoring Swede Viktor Claesson.

Having missed out on the promised land of UEFA’s Champions League prize fund last season due to very poor domestic away form, continental progress is essential to Krasnodar’s short term future, both on and off the pitch. Part of the business model for a growing club like Sergey Galitskiy’s is to develop and sell on some talent for a profit, such as Kouassi Eboué, who arrived for a five-figure sum as an unknown 16-year-old and was sold on to Celtic for £3 million in January. Naturally, there is no better shop window than European competition, but the prize money is still valuable, and with an extended run there is a better chance of retaining their best players and attracting better ones.

Lyngby BK are at an identical stage of their season to Krasnodar having already started their domestic league campaign, but their latest result was a crushing 4-1 defeat to Horsens. The troubled club is reportedly on the verge of bankruptcy with some of their best players having already been sold off; keeper Jesper Hansen has joined FC Midtjylland while teenage striker Jens Odgard has signed for Internazionale. Even 26-year-old Emil Larsen has been forced to retire due to injury.

A third-place finish in last season’s Superligaen was a shock as they won their final five matches, including against Midtjylland, FC Copenhagen and Brondby IF, to launch them into their first European campaign in nearly two decades. Manager David Nielsen – who handed Real Madrid’s faded Norwegian wunderkind Martin Ødergaard his professional debut in Norway – has adopted a common 4-2-3-1 formation with either the muscular Nigerian Kim Ojo or the rapid Jeppe Kjær as the target man. He will have to do without centre backs Matthias Tauber or Thomas Sorensen, but Former Zenit defender Michael Lumb will be available.

FK Krasnodar vs Lyngby BK Players to Watch Out For

Charles Kaboré provides the steel in midfield for the Bulls, but the invention comes from the slight Uruguayan playmaker. Pereyra will be tasked with unlocking the Danes, and given that he is yet to have played a full 90 minutes he is likely to be given the predominant role in the middle of the pitch by Igor Shalimov. With the prospect of Spartak Moscow away just four days later, some youngsters are certain to be given a runout, and it will be up to relatively experienced heads like Pereyra’s to guide them through unscathed. He has had a hand in two of Krasnodar’s four goals already this season and will be expected to repeat this success. 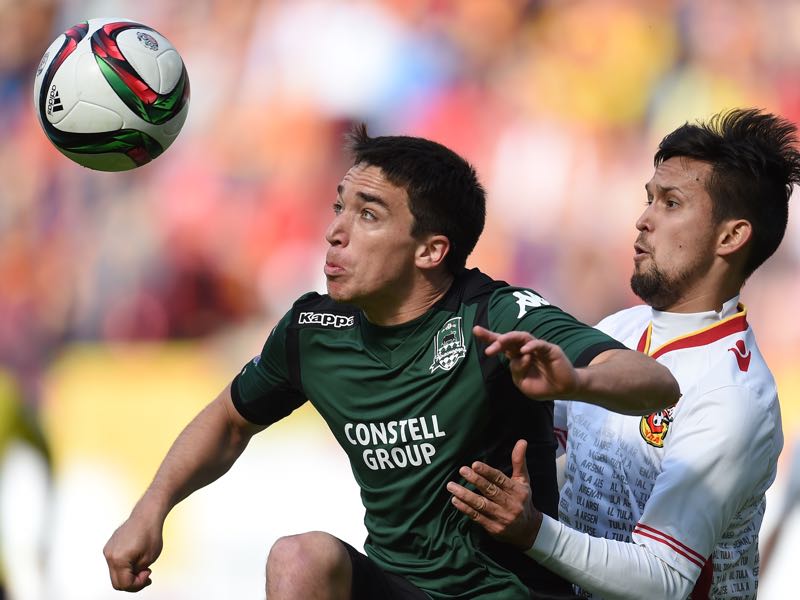 If Lyngby are to get anything out of the first leg, David Boysen is one player who could cause Krasnodar problems. The tricky winger is known to be unpredictable on and off the pitch, and although he hasn’t started yet in Lyngby’s four qualification matches so far, he set up the crucial away goal in Bratislava against Slovan in the last round. The question remains how adventurous Nielsen will be when approaching the first leg; if his side were to return to Denmark without an away goal, it is very hard to see them progressing, so Boysen may well prove to be the ace up his sleeve. 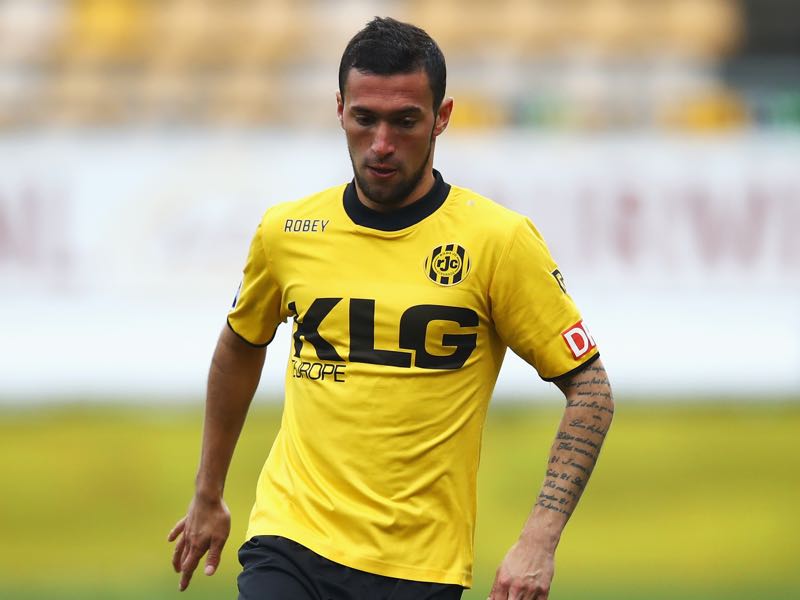 David Boysen is the only player that could trouble Krasnodar. (Photo by Dean Mouhtaropoulos/Getty Images)