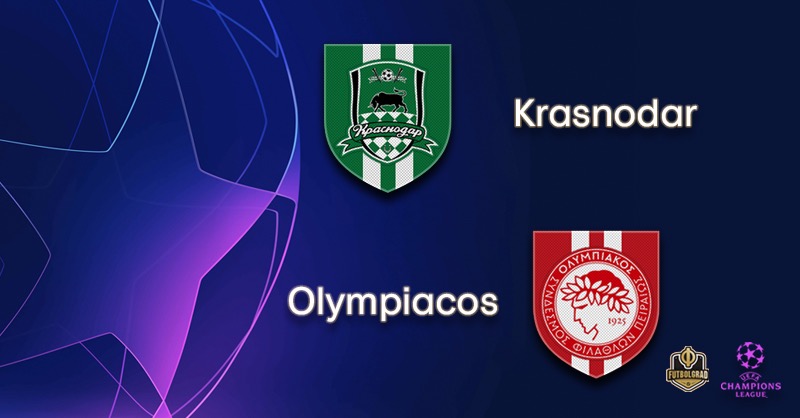 Only one side has ever progressed to the next stage of the Champions League after having lost the first leg by a four-goal margin. Three seasons ago, Barcelona’s epic 6-1 humiliation of Paris Saint-Germain at the Camp Nou was scarcely believable as they wiped out their own 4-0 destruction in Paris a few days earlier. Reaching the quarter finals of the competition was in one sense a far more important achievement than winning the playoff round, but for a thriving but still fresh club like Krasnodar overturning the same first-leg scoreline will have far more momentous consequences. Their task is patently near-impossible.

Then again, Krasnodar themselves are hardly a work of pure non-fiction. Many clubs have sprung up a short notice to dominate smaller leagues with a simple flash of significant cash. A simple rags-to-riches storyline wouldn’t come close to portraying not only to rapid ascent Krasnodar have taken, but also the sustainable model that has accompanied their development from day one. The framework is there with the facilities, scouting network, youth development program and private ownership structure. Even if the final ingredient of reaching the top table proper remains elusive, it would somehow seem more fitting for it to be achieved under the most remarkable circumstances.

Team selection for the Russian newcomers is dictated largely by absences to Aleksandr Martynovich, Viktor Claesson, Remy Cabella and Yuriy Gazinskiy. The expanded squad can cope; Magomed-Shapi Suleymanov, Younes Namli and Wanderson will compete for three places, Jon Gudni Fjóluson will continue deputising in defence, and the machine will roll on.  Arguably the biggest question remains over who will lead the line; the immobile and ineffective veteran Marcus Berg, or the agile pace and instinct of academy graduate Ivan Ignatyev. While the Swede has been the preferred option so far in Europe this season, it might just be time to unleash the original vision of the club through its own polished youth.

Olympiacos have the luxury of choosing their own pace to this game without any undue inconvenience. History – and common sense, for that matter – suggest that there is very little they could do to actually throw away their passage to the group stages from their current position. There is no suggestion, however, that the Greek side are taking anything for granted. “There is no way for our players to be complacent,” said manager Pedro Martins in the pre-match press conference. “This is all about our club’s prestige and we want to make all Greeks proud. There is no way our players to be lax. They will give all they got and play seriously and with care.”

The pressure of expectation at an institution on the scale of Olympiacos is permanently enormous, regardless of immediate circumstances. You could even argue that playing away from their own fans and their relentless demand for success will work in their favour to help remove a layer of pressure. “We are at the beginning of a long season. We still have a long way to go. What I want to say to the players is to keep working until the end. This is a huge responsibility.” Martins again referenced the referenced the weight of their task after the first leg thumping; he had the chance to play down the intensity of what is required to progress, but didn’t.

The bullish approach is most likely the most effective one at this stage. When England were faced with one of the biggest run chases in test match history last weekend against bitter rivals Australia, it was an aggressive run rate that won them the match. Teenage sensation Cori Gauff hit second serves at over 100mph as she fearlessly took the game to five-time Wimbledon champion Venus Williams earlier this summer. There is an unpredictability about exactly how Krasnodar plan to attack the deficit they face that poses a challenge: one senses that Olympiacos will not wait around to find out.

Krasnodar vs Olympiacos – Players to Watch

The temptation is to focus on a sharp attacking player that might possibly set in some nerves in the Olympiacos defence, but Fjóluson has quietly been going about his business recently in an impressive manner. In the absence of captain Aleksandr Martynovich through injury, the Icelandic centre-back has played not only a key defensive role, but has shown a creative streak with his accurate, efficient long passing out of defence. Olympiacos will almost certainly settle into a compact shape for some periods given their healthy aggregate lead, so it will take more than just pace and trickery to open them up repeatedly. This is where Fjóluson comes in; with the likely space he will be able to enjoy there will be opportunities to pick his passes with more time and catch the visitors out. 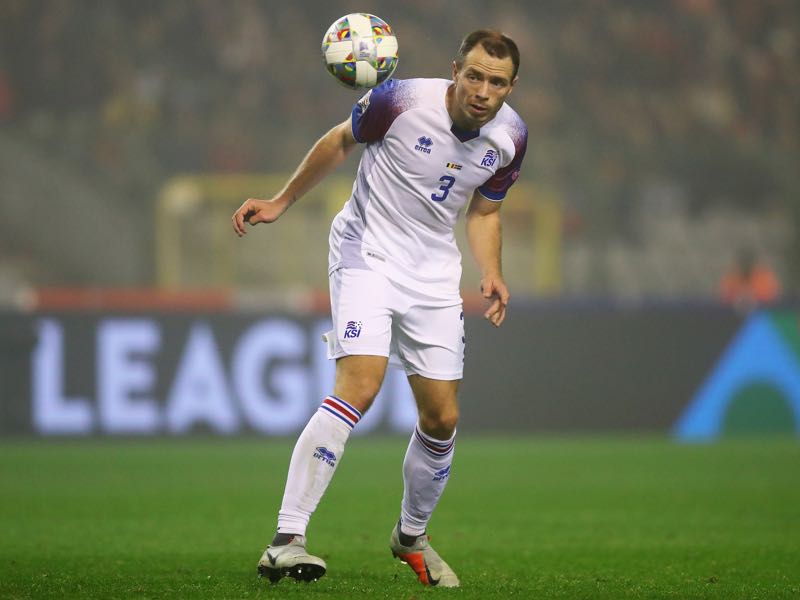 Jon Gudni Fjoluson of Iceland in action during the UEFA Nations League A group two match between Belgium and Iceland at King Baudouin Stadium on November 15, 2018 in Brussels, Belgium. (Photo by Dean Mouhtaropoulos/Getty Images)

The Portuguese was lethal as legs grew tired late on in the first leg in Greece to effectively put the tie to bed. While he may not enjoy quite as much time and space as he’d like in southern Russia, his appetite for counter-attacking could be the final straw for an under-pressure Krasnodar. His close control when dribbling at pace is a real handful to cover for tracking midfielders or defenders as he offers an outlet for his teammates to help stretch their opponents on the break. Even if he doesn’t directly threaten Matvey Safonov’s goal, his intent could make Krasnodar’s full-backs think twice about bombing forward. 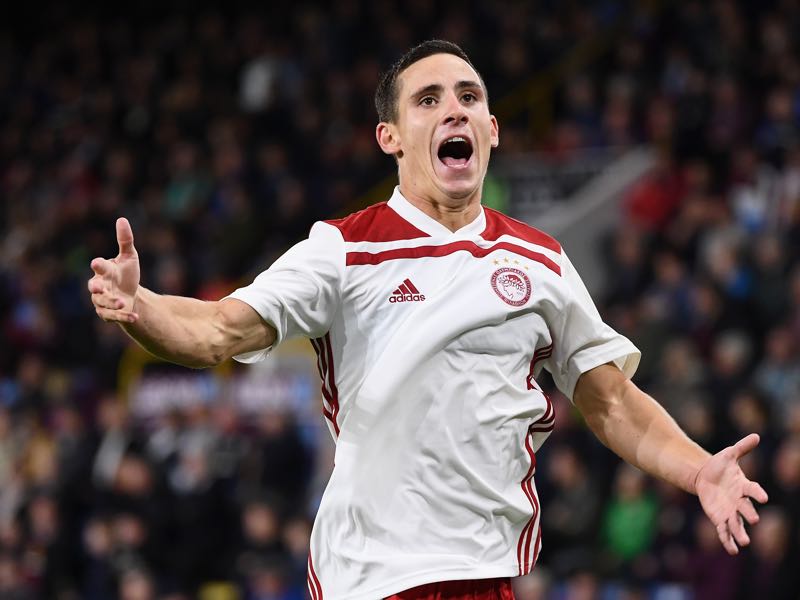 Daniel Podence of Olympiakos celebrates after scoring during the UEFA Europa League qualifing second leg play off match between Burnley and Olympiakos at Turf Moor on August 30, 2018 in Burnley, England. (Photo by Clive Mason/Getty Images)