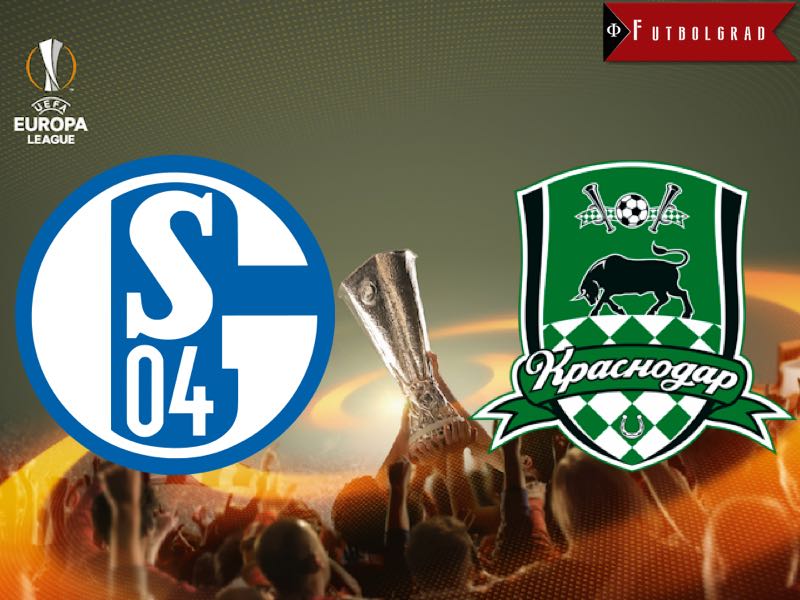 Schalke vs Krasnodar is the first match up between the two sides, and in fact the first time FC Schalke 04 take on a Russian opponent in a competitive match in the club’s history. FC Krasnodar, on the other hand, has faced Bundesliga opposition in the last three seasons.

Krasnodar’s record against Bundesliga teams is bleak, however, with one victory and three loses in four matches against Bundesliga sides—Wolfsburg in the 2014-15 season, and Borussia Dortmund last season. On the other hand Krasnodar managed a surprise 1-0 victory at home against Borussia Dortmund last season, which secured the Russians the top spot in their Europa League group.

Schalke, which has close connections to Russia due to their sponsor Gazprom and a cooperation agreement with FC Zenit Saint Petersburg, must have felt bullish last season when their big rivals Borussia Dortmund were defeated by Krasnodar. But Schalke had a slow start to the season with only four points out of the first seven matches.

Schalke had a horrible start to the new season, as they lost their first five matches in the league. The first victory did not come until matchday five in a 4-0 victory against Borussia Mönchengladbach. There was hope that new coach Markus Weinzierl could finally start a series of victories to catch up to the top group of the league.

But Schalke only managed a 1-1 draw against FC Augsburg on matchday six of the Bundesliga, and on top of that lost Swiss super talent Breel Embolo, who broke his leg after a vicious tackle by Augsburg left-back Konstantinos Stafylidis. Initially it was thought that the striker could be out for four to six months, but further medical examinations have shown that Embolo could be out till the end of the season.

Embolo’s injury is a major blow for Schalke’s ambitions both in the Bundesliga but also the Europa League, where the club from Gelsenkirchen has started with two victories (1-0 against OGC Nice, and 3-1 against Red Bull Salzburg).

After a somewhat bumpy start, long-standing head coach Oleg Kononov announced his resignation from the club on September 13. His assistant coach Igor Shalimov, who has guided Krasnodar to two wins and two ties since taking over, replaced Kononov.

Something that has been a constant from last season has been the steady stream of goals from Krasnodar’s superstar, and last season’s top goal scorer, Fedor Smolov, who has already scored eight goals this season, and comfortably leads the goal scoring table in Russia. Schalke will have to watch him in particular when it comes to defending against a side that likes to overwhelm its opposition with speed.

The Europa League performance in particular has shown that Krasnodar are a side to be reckoned with, and can be a dangerous opposition even to clubs from one of Europe’s top divisions such as the Bundesliga. The match on Thursday at the new Arena Krasnodar should therefore be a close encounter with Schalke the slight favourite to secure the victory.