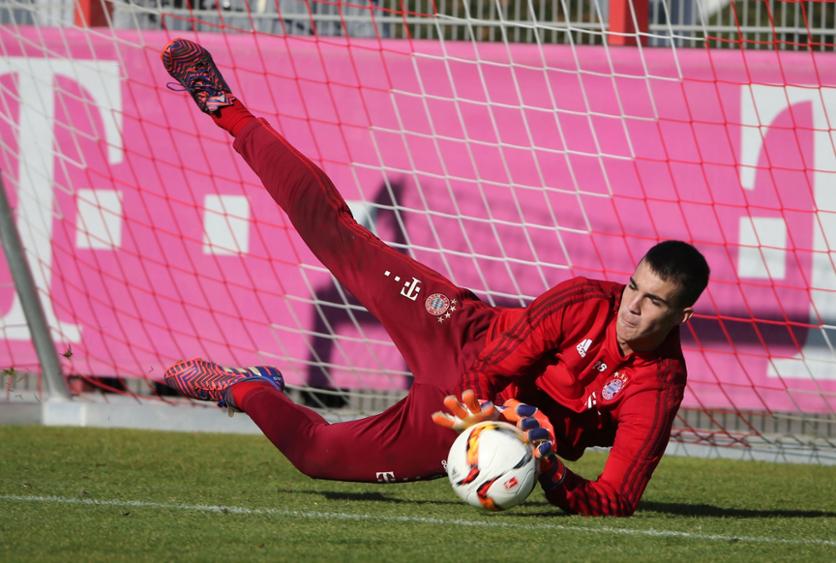 Standing at 1.95m, Lazar Carević is an impressive member of his team OFK Grbalj and Montenegro’s U-21 national side.

Another Balkan treasure, Carević, at only 16 years of age, has already alerted many of Europe’s top clubs, who will be keeping a close watch on the Montenegrin during the international break.

Montenegro are taking on Latvia on Friday afternoon in Podgorica and, for this event, Lazar Carević will be one of the youngest stars on coach Radonjić’s team.

Lazar Carević has been a consistent part of his nation’s youth selections, and he was named the best young player in the south region in 2013. Going from strength to strength, this young paragon stepped into the spotlight this season throughout his 11 appearances for the club.

Praised for his ability, Carević is one of the hottest properties in Montenegrin football, and it no wonder that big clubs are already vying for his signature. Not only commanding in his area, Lazar Carević is also excellent in one-on-ones.

He is a highly vigilant shot stopper who likes to be involved in play, much like one of the world’s best—Manuel Neuer.

Carević is being tested across Europe, and has already had trials at Ajax Amsterdam and FC Barcelona respectively, but Bayern Munich also have joined the chase for this highly-rated starlet.

Carević was photographed at Bayern’s training ground by the German media outlet Bild; reports have since suggested that the 16-year-old was offered a trial by none other than Pep Guardiola, who could hold the key to a bright future for the youngster.

The Spanish mastermind is a close friend of Carević’s agent, the former Yugoslav handball international Damir Radoncic, who became friends with Guardiola during his time at Qatari powerhouse Al-Ahli. Pep Guardiola personally visited Montenegro on more than one occasion in order to see the Grbalj sensation in action. Impressed with what he saw, Guardiola invited the young goalkeeper to visit Munich and have a couple of sessions with the Bayern squad.

Lazar Carević was reportedly first spotted in August, during an Under-17 match between Austria and Montenegro. Carević’s team were beaten in the International Youth ToTo Cup, having suffered three defeats to Switzerland (5-0), Austria (1-0) and Russia (5-0), respectively.

Despite the fact his team was unable to make an impression in the tournament, Lazar Carević attracted several suitors who were impressed with his physical and mental abilities.

Although, according to Sport.es, Barcelona are willing to step up their efforts in their pursuit of the talented keeper, Bayern, however, are believed to have the advantage over all other interested parties.