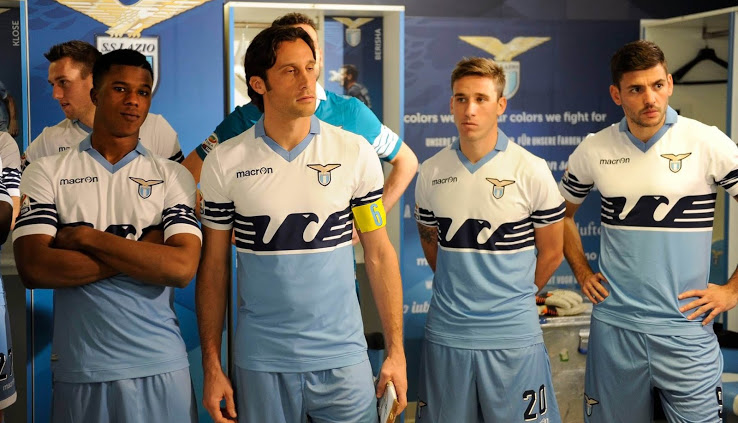 Lazio and the Land of Fire

According to the Gazzetta dello Sport, Lazio will be the latest club to wear the Land of Fire slogan of Azerbaijan’s tourism bureau. Reports suggested that the club is still amidst negotiations with Azerbaijan’s ambassador to Italy Vagif Sadigov, and if successful Lazio would be paid €40 million. Furthermore, Russia’s Sport-Ekspress believes that Lazio could replace Atlético as Europe’s primary club for the country’s marketing campaign, as Azerbaijan’s contract with the Spaniards expiries at the end of this season.

Initial talks between the club and Azerbaijan began on March 5 when the city of Rome hosted the First Lady of Azerbaijan Mehriban Alyeva as part of a cultural event. Indeed it has been almost 8 years since Lazio has had a shirt sponsor, and it has been estimated that the club has lost €30 million in revenue because of the blank space on the jersey. On March 31 it was reported that the two parties were indeed close to signing a deal.

This is the second time Azerbaijan and Lazio are negotiating over a potential sponsorship agreement, as before 2013 Azerbaijan was interested in signing a deal with the Italians but opted to sign a deal with Atlético Madrid instead. With the recent sale of 20% of Atlético’s shares to the Chinese property company Wanda Group, however, the Spaniards may pursue a sponsorship agreement with a Chinese company once the contract with Azerbaijan is up at the end of the season.

For Lazio this may be the golden opportunity to further financially benefit from a season that may result with the club finishing in a Champions League qualification spot. At the same time, however, the deal is not without its controversies, as Azerbaijan’s human rights and freedom of press records are more than questionable.

It appears now that the relatively poor financial state of football in Southern Europe has driven several clubs to make financial arrangements with sponsors and ownership groups without questioning the political motives that often stand behind such deals. Recently two clubs in South America, San Lorenzo of Argentina and Peñarol of Uruguay, have refused sponsorship by Azerbaijan for reasons of ethical integrity, a stance that most European clubs have failed to follow.

Karl-Heinz Rummenigge, the chairman of FC Bayern Munich, for example has recently told La Gazetta dello Sport that the major problems for Italian football are the lack of merchandizing, TV-money, and sponsors. Furthermore, Rummenigge suggests that Financial Fair Play rules have made it impossible for investors to save Italian football: “If you have a [financial] hole, you can’t plug it without any fresh money. I’ve read that Milan could be sold, but the new owner couldn’t put in too much money without going against UEFA limitations. So, it’s up to us as big names to find a solution that won’t penalise them any more.”

The Euro crisis in Southern Europe has lead to a general lack of financial investment in football by local companies. In places such as Spain, Italy, and Greece this has opened the door for new owners and sponsors, such as Land of Fire at Atlético, and now Lazio, but also for Russian oligarchs such as Ivan Savvidis who have understood football as a powerful tool for foreign policy of post-Soviet states such as Russia, and Azerbaijan. Furthermore, Rummenigge’s comments set a dangerous precedent as the example of Borussia Dortmund highlights that cash strapped clubs can close the gap between themselves and more elite clubs through intelligent investment strategies without the influence of political motivated groups.