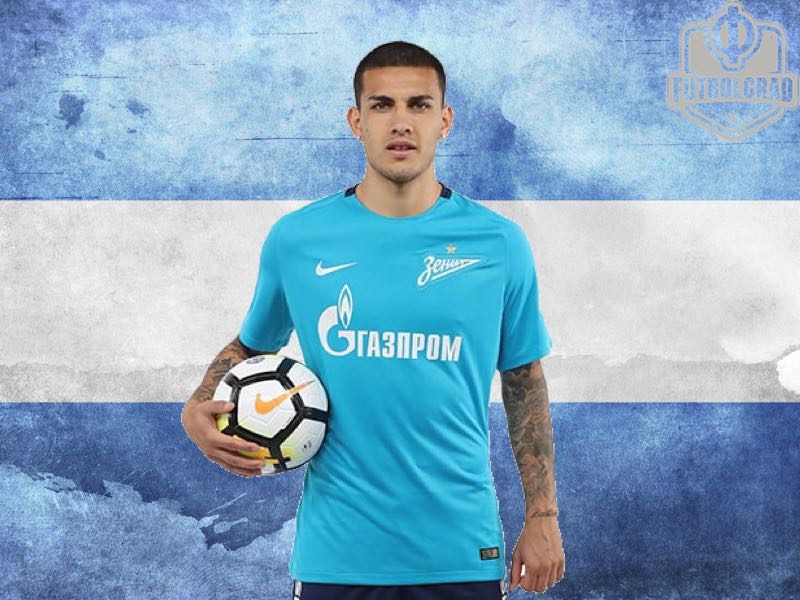 Leandro Paredes – The Playmaker with the Velvet Touch

After losing 1-0 to Celtic at the Paradise, Zenit had to win decisively at the Krestovsky Stadium to move on to the round of 16 of the Europa League. It was a game on a knife’s edge as Zenit needed goals without conceding any. Thankfully, for the Russian club, they had precisely the man for the job in Leandro Paredes.

Joining Zenit Saint Petersburg from Roma Leandro Paredes’ transfer was one of the big surprise moves of last summer’s transfer window. The 23-year-old Argentine midfielder was considered as one of the club’s most prized assets, and Roma were willing to sell to meet UEFA’s Financial Fair Play regulations.

As a result, several clubs from all over Europe, including Juventus, Real Madrid and Borussia Dortmund, were interested in bringing in the Argentine defensive midfielder. But in the end, it was Zenit that landed the Leandro Paredes.

Ending the lacklustre experiment under Mircea Lucescu in which the club hoped to copy the Shakhtar model to develop talented players and sell them with a profit, Zenit was on its way to once again assemble a cosmopolitan team at the city of Tsars. In came the Italian head coach Roberto Mancini.

The Italian head coach is the sort of recognisable name needed to attract international superstars. For Zenit, the path was now clear bring in big names to compete, not just in Europe but also in Russia—after all the club had a new house to fill—the beautiful Krestovsky Stadium.

Mancini quickly identified that the key to success was bringing in the best Russian players and combining them with a group of foreigners from one country. That country was quickly identified as being Argentina because the Italian head coach believed that Argentina’s playing style was well suited for the Russian Football Premier League. 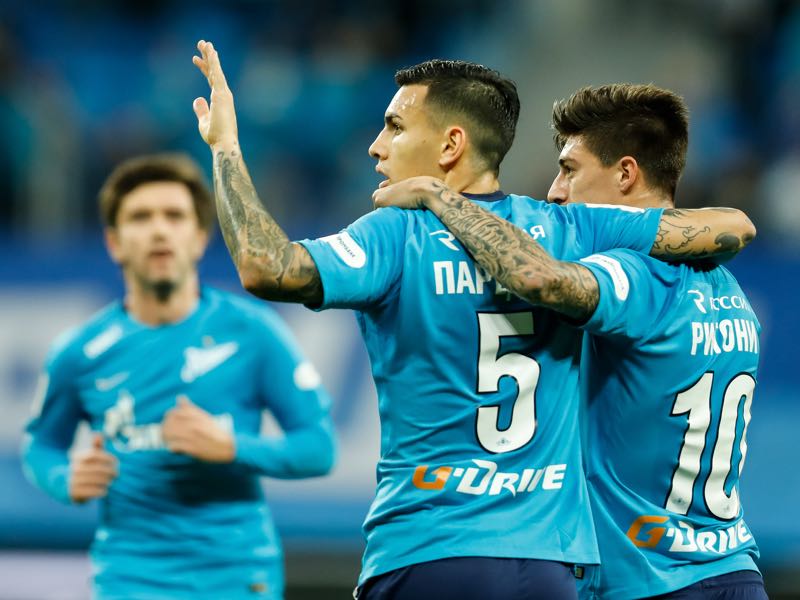 Leandro Paredes (c.) was the key player in Zenit’s 3-0 victory over Celtic. (Photo by Epsilon/Getty Images)

Indeed, Argentines seem to combine the steal, determination, technical finesse and tactical understanding to survive in Russian football. Not unlike Brazilians Argentinians also see the top teams in Eastern Europe as a fantastic jumping off point for a career in Western Europe.

Hence, with plenty of money, a new stadium and an internationally admired coach Zenit went out and signed five Argentinians. Among the Leandro Paredes from Roma for €23 million, who in retrospect might be one of the biggest steals in the summer transfer window.

The Argentine midfielder has been key for Zenit ever since he signed. Playing in 19 RFPL games, he scored three goals and four assists. He also added one goal and one assist in the UEFA Europa League. But it is not on the scoreboard where Paredes is the most effective for Zenit.

Holding together the fabric in central midfield Paredes is the balance maker for the Russians. Like the machine room, the 23-year-old brings together Zenit’s firepower up front with the technically gifted defenders in the back. This is important because although Zenit have played fantastic football at times, Mancini’s revolution still seems unbalanced at times.

When watching Paredes, there is also a sense that the revolution will lead to a finer more eloquent approach to the game than anything that Russia has ever seen before. The game against Celtic was a great indication of that. The fantastic homepage Breaking The Lines known for its Twitter compilations described Leandro Paredes’ performance the following way: “the touch is smoother than midnight velvet, the precision is deadlier than Philoctetes’ aim.”

The touch is smoother than midnight velvet, the precision is deadlier than Philoctetes' aim. pic.twitter.com/GUc6R1kIwS

This is certainly true. The 3-0 victory against Celtic was a schooling on the art of how to play a deep-lying playmaker. In fact, we may not have seen such a performance since Xabi Alonso retired from his career last season. Dropping very deep Paredes always seemed to walk with his area of action concentrated mostly between his penalty box and the halfway line.

Receiving and distributing passes he almost seemed to circle in an area no wider than ten metres. At times he dropped deep playing like an old school libero. That last trade is in particular significant as it allows Zenit to play with three in the back pushing up the two wing-backs in the 4-2-3-1 formation while Paredes complements a three-man defence.

Watching those videos in particular one indeed gets the sense that Paredes is a special player. Comparable to the above-mentioned Alonso and Borussia Dortmund’s Julian Weigl the Argentine is almost like a cross between an artistic libero of the Franz Beckenbauer category and a modern deep-lying playmaker.

With Lokomotiv Moscow walking away with the Russian championship at the moment Mancini might very well focus on the Europa League instead. With such a wonderful player in their midst, it is not difficult to imagine that Zenit will go deep in the Europa League and perhaps replicate the success of 2008 when the club won the UEFA Cup.