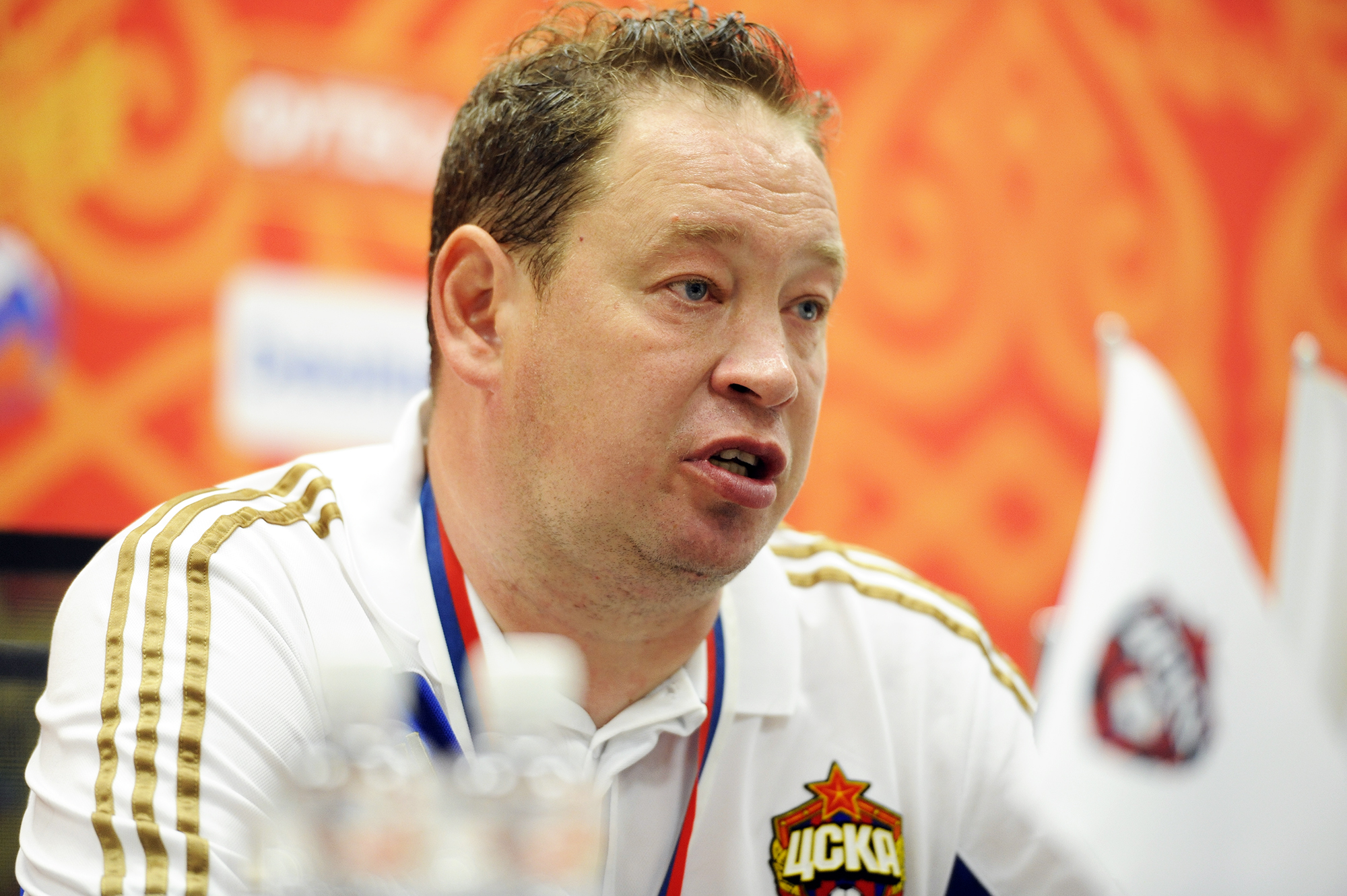 Late on the 6th of August news began to break that CSKA Moscow coach Leonid Slutsky was to be named Russia coach until the end of the Euro 2016 qualifying. In the following days, further details emerged: he will stay in post at CSKA and combine the two roles, and will receive a bonus rather than a wage for his work with the national team. Minister of Sport Vitaliy Mutko also announced that if Slutsky is successful in this short-term post, then his CSKA contract will be bought out, and he will manage the national side on a full-time basis until after the 2018 World Cup.

Slutsky – The Most Popular Choice

In many ways the appointment of Slutsky seems to be the right one in that he is a Russian, he is the most popular choice, and he follows three foreign managers who many feel did not deliver. Along with the obvious linguistic and cultural advantages, the fact that he has spent his entire coaching career in Russia, also means that he knows the league’s players well (almost the entire Russian squad in recent years has been domestically based).

Another advantage is that Slutsky has been able to get the best out of the CSKA players in the current Russian first eleven (Igor Akinfeev, Vasily Berezutskiy and Sergei Ignashevich) at club level. His predecessor in the national side, Fabio Capello, also toyed with playing some of CSKA’s bright young things, and Slutsky may be able to pick up where Capello left off. But perhaps the biggest advantage of having Slutsky in charge will be his ability to work with midfielder Alan Dzagoev. Dzagoev is widely considered to be Russia’s most skilful player, but was used only sparingly by defence-minded Capello. Expect him to rightly become a key figure in the national side again. 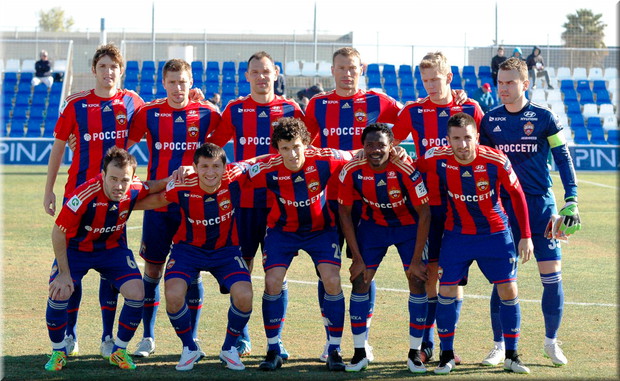 How will Slutsky deal with both coaching CSKA, and the Sbornaya?

Slutsky also has the ability to get results out of his team when it really matters. Witness the revival in last season’s Champions League group and the four points against Manchester City, or the strong finish in 2013-14 which saw CSKA crowned Premier League champions when the title had, for most of the season, looked certain to go to either Zenit St. Petersburg or Lokomotiv Moscow. There is a lot of faith in his ability to create the right psychological atmosphere for the team. As former national team trainer Mikhail Gershkovich puts it, “Slutsky is capable of making the team rise to to the occasion.”

Potential Pitfalls – Can Slutsky Manage both CSKA and Russia?

But before this starts sounding like a love letter to the new coach, there are potential pitfalls. The main one is the difficulty of combining both club and national team coach roles, even for the short term. As well as one league match per week, CSKA will be expecting to play in the group stages of the Champions League (or the Europa League, should they not make it through the knockout stage). They are still in the process of rebuilding, following a season where Zenit comfortably looked the best side in Russia—neither the club nor the fans would be happy with the excuse that poor results were caused by the coach being focused on Euro 2016 qualification. Past experience has shown that combining roles does not tend to work well—at the start of the decade Valeriy Gazzaev managed both CSKA and the national side, but lost this job when it appeared that Russia would fail to qualify for Euro 2004. He has spoken out against Slutsky combining the roles. 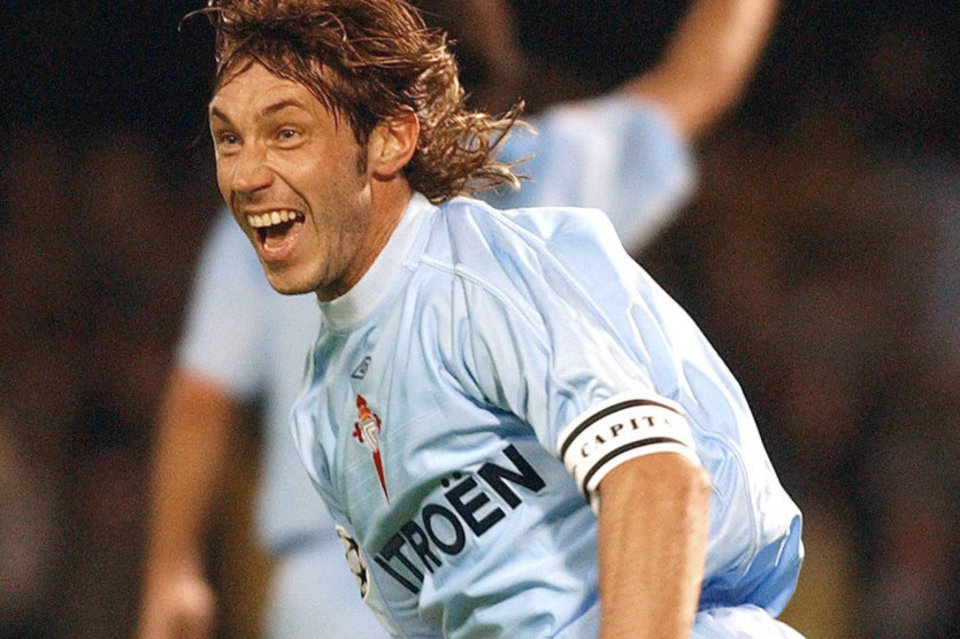 Former Russia midfielder and TV pundit Aleksandr Mostovoi, who has a reputation for being outspoken, has been critical of combining club and national team management—but for different reasons. “How have we, in such a big country with such a long football history, come to the point where one trainer has to combine two posts? As well as Slutsky I could name 15-20 people who could work with our national team.” The figures named seem to be exaggerated, but some fans have been surprised that Rostov coach Kurban Berdyev or Aleksandr Borodyuk were not named. Berdyev is best known for a long stint at Rubin Kazan, which included two championship titles and a famous away victory over Barcelona in the Champions League. He is , however, a manager who seems to shun the limelight and works best when molding sides out of teams not considered likely to win. Borodyuk has plenty of experience as a first team coach with the national side and worked wonders to get Torpedo Moscow promoted to the top flight in 2013-14, but does lack the sustained experience at the top level which Slutsky has.

Was Slutsky the right decision, then? I think he was. A Russian-speaking manager familiar with the league was needed, and one in his prime who happens to manage Russia’s most skilful player was available. The combination of club and national team management should not be a stumbling block given it’s short term and the fact that two of the four games, for which he is in charge, are against Liechtenstein and Moldova. Surely Slutsky will already have a team and tactics in mind for the crunch game against Sweden at the start of September.

If things don’t work out, it will be back to the drawing board for the domestic 2018 World Cup —for which there may be more time to get it right than many seem to believe. Oddly, I feel less certain that my first choice to get Russia to Euro 2016—Berdyev—would be a success come 2018…