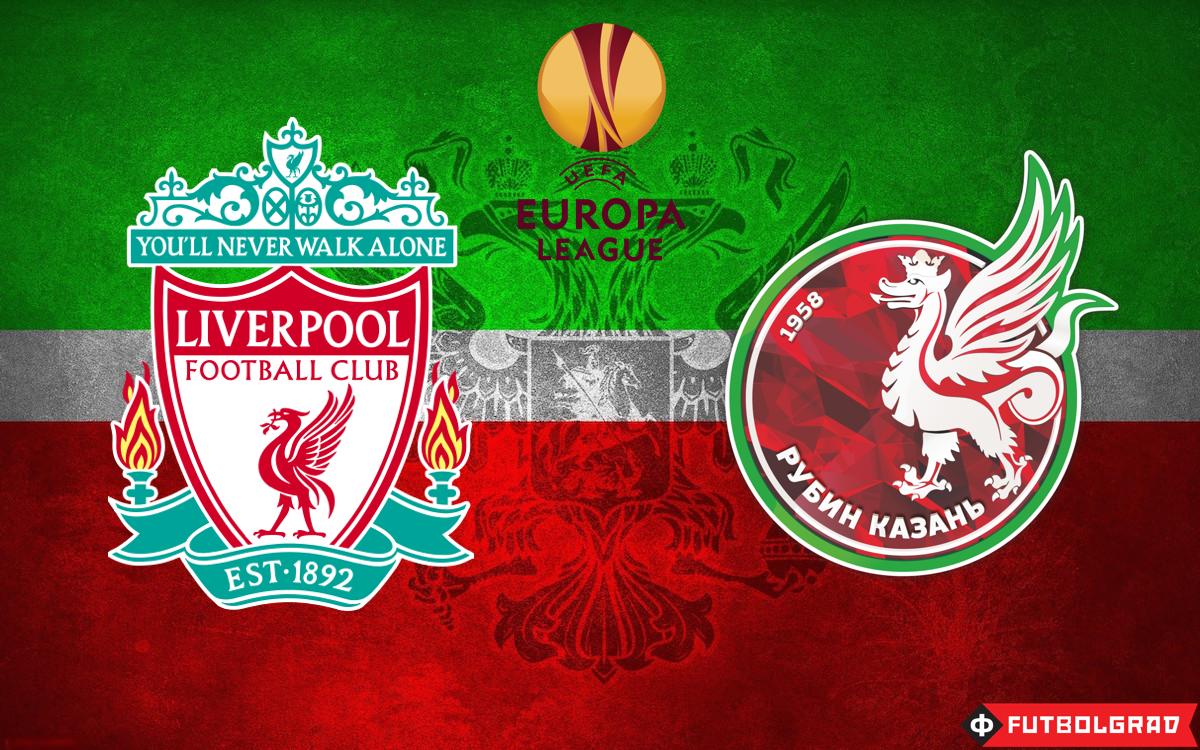 Liverpool FC vs. Rubin Kazan – Make or Break for the Pride of Tatarstan

Jürgen Klopp’s first game as Liverpool FC coach against Tottenham Hotspur this Saturday was one of the most anticipated coaching debuts in the recent history of the English Premier League. Those who expected immediate miracles from the German coach were likely somewhat disappointed by Liverpool’s boring 0-0 draw against Tottenham. Those with a more realistic outlook, however, would have understood that of course Klopp would need more than just a week to fix everything that is wrong at one of England’s most historic clubs.

Speaking to the Mirror Online Klopp explained: “There were many full-throttle moments in the game, I’m completely satisfied for the moment. This was a good first step; I can work with this. First 20 minutes, I had not so much influence in the game because it was very loud. For today, it’s ok. It’s not my dream result, but it’s ok.”

Klopp’s program will be strenuous for he has the daunting task to rebuild Liverpool while playing three matches in just ten days—Tottenham Liverpool face Rubin Kazan, the Pride of Tatarstan on October 22, Southampton on October 25, and Bournemouth on October 27. Klopp is fortunate that, in order to face Rubin Kazan, he won’t have to travel away to the capital of Tatarstan, which is located deep in the heart of the Russian Federation—Liverpool and Kazan are separated by 2,500 miles—as travel would add an extra burden to the team’s already strenuous playing schedule.

Both teams under pressure to gain valuable points, SportsBettingDime believes that the arrival of Jürgen Klopp makes Liverpool the favorite to win the match next Thursday—a result that would likely mean an early end to Rubin’s ambitions in Europe, but at the same time, would allow the Pride of Tatarstan to focus on their domestic campaign.

Therefore, Rubin will not likely prove to be a tough challenge for Klopp’s team this Thursday. Rubin has won the Russian Football Premier League on two occasions (2008, and 2009), and has famously beaten both FC Barcelona and Atlético Madrid in the UEFA Champions League group stage—yet in their European campaigns they have not made it past a quarter-final.

The current Rubin are a far cry from their previous successful incarnations. They are currently just above the relegation zone in 12th place—the last two teams (the 13th and 14th placed teams) are relegated automatically and have to play a relegation playoff—in the Russian Football Premier League, having won just three of their opening ten games. After last season’s fifth place finish with fairly limited resources, manager Rinat Bilyaletdinov might have expected more time to turn things round, but he was fired and was replaced by his assistant, the relatively inexperienced manager Valeriy Chaly.

Chaly is now in charge of both preventing Rubin’s relegation to the First National League, and also of turning around Rubin’s Europa League campaign. Rubin lost 2-1 to Sion in Switzerland and drew 0-0 at home against Bordeaux, which means that they are currently last in Group B with only one point. At the same time, the current constellation in the group—with Sion at four points, and with Liverpool and Bordeaux sitting on 2 points—means that a Rubin win in Liverpool would put them back into the contest, especially given the fact that Liverpool will have to make the strenuous journey to Kazan for the return match.

Rubin’s latest win against FC Ufa may spark some optimism, however, the same can be said for Liverpool. Klopp will try to build some momentum and therefore will likely field a full strength team against Kazan.