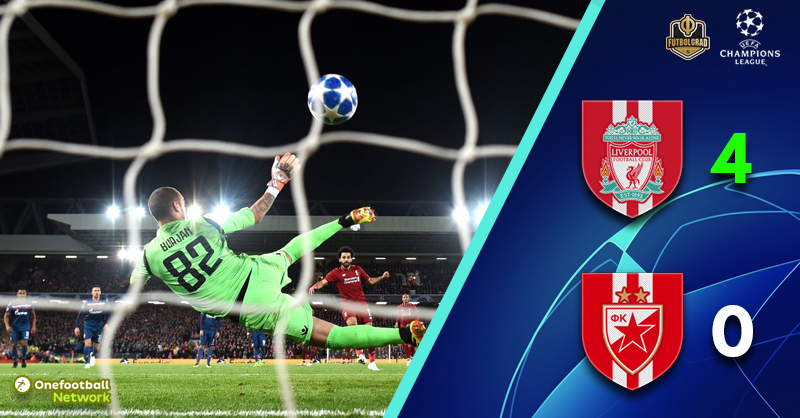 It was an unusually quieter than normal Anfield that greeted both sides, the atmosphere somewhat subdued with the lack of visiting fans. A few did manage to sneak their way in – ultimately they made the trip for nothing. Liverpool v Crvena Zvezda ended with a convincing win for the English Premier League side.

After a pounding in Paris the main focus for Vladan Milojević’s side was to avoid the same fate in Liverpool. For 20 minutes that looked to be working – marginally.

However, as soon as Roberto Firmino opened the scoring for the home side the night looked all but lost for the Crveno-beli. A few supporters did manage to find their way into Anfield, and a smattering of encouragement could be heard from all four sides of the ground.

The best entertainment of the night for those who travelled to Anfield came via a good-natured sing off during the latter part of the first half – with the display on the field being one of ‘retreat’ there was little for the gathered Crvena Zvezda fans to do but make their own entertainment.

Just when it looked like the visitors had made it to the break with a one goal deficit, Mohamed Salah slipped the ball past Borjan after a beautifully weighted pass from Xherdan Shaqiri. The Kosovo native was to be the thorn in the Serbian side all evening.

Liverpool started the second half as they finished the first, harassing Milojević’s men into making mistakes and limiting them to half touches. Unsurprisingly a third goal soon followed – Stojkovic adjudged to have blocked Sadio Mane off in the box, the referee pointed to the spot and Salah ended any doubts that it would be anything else but a convincing Liverpool win.

Ill-discipline then gripped the Crveno-beli, angry with the penalty decision they immediately began to rack up yellow cards from unnecessary challenges.

Stojkovic. Krsticic, Jovicic, Jovancic and Gobeljic all picked up bookings after Liverpool’s third. It was a display that embarrassed the Serbian champions, they were better footballers than their antics born of frustration.

Borjan denied Mane from the spot as the Senegalese forward saw his penalty pushed onto the bar – The Crvena Zvezda ‘keeper was easily the away side’s man of the match. Mane finally got his name onto the score sheet with ten minutes remaining though. Four-nil the score ended but without some fine saves from Borjan it could have been six or seven.

With two wonderful assists it was the Swiss international who captured the eye throughout the evening. Substituted late on he was booed and whistled at by the few Crveno-beli who found their way into the stadium. The away supporters who made the trip will have had their night compounded further with the fact Shaqiri ran rings around their players. 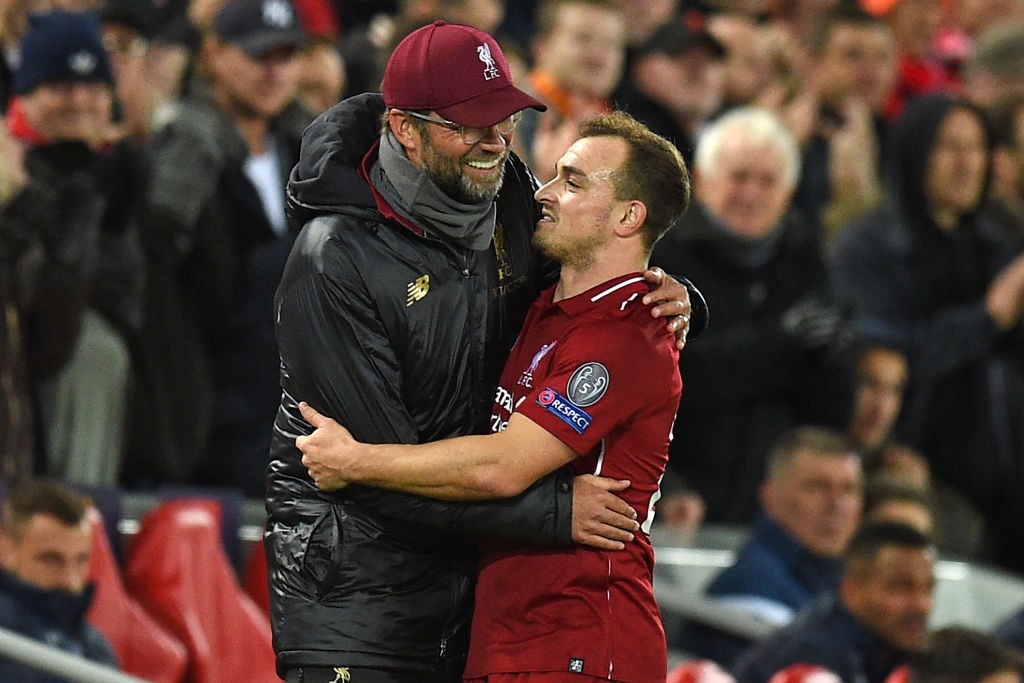 With Crvena Zvezda routed to the bottom of Group C, qualification to the latter stages of the competition now looks an impossible dream. Likewise, any hopes of falling into the Europa League also seem to be fading fast. Should they harbour any thoughts of rectifying the problems faced, they will have to grip their discipline issues and avoid lashing out – petulance will not drive them forwards.