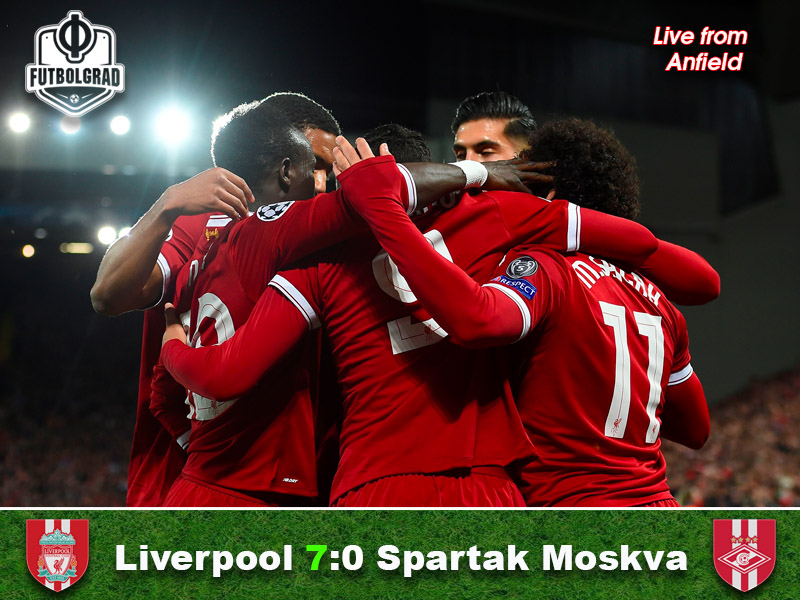 Liverpool vs Spartak Moscow ended in a goal fest for the English side as Jürgen Klopp’s men made mincemeat of the Myaso. The Reds handed the captaincy to Brazilian, Philippe Coutinho for this crucial Champions League Matchday 6 fixture. The midfielder responded by scoring two goals in 17 minutes as Liverpool romped to victory.

It took Jürgen Klopp’s Liverpool just four minutes to stamp their authority on a cold winters night at Anfield. Philippe Coutinho opened the scoring from the penalty spot on four minutes after Mohamed Salah was cynically brought down in the area by Dzhikiya. It was to signal an onslaught for the visitors from Moscow. After dominating the play for the opening third of the half Liverpool hit the net twice in two minutes.

As Spartak looked for an equaliser Klopp’s men punished them in truly magnificent style. A wonderful passage of play between Salah and Firmino enabled Coutinho to fire the ball home from 10 yards. Moments later it was Firminho who had his name on the score sheet, tapping home after Sadio Mane left Tasci looking like a schoolboy – the Senegalese forward lifted the ball over him like he was a cone in a training session. Liverpool were flying and the Russian champions looked shell-shocked. As the half wore on Liverpool’s intensity never dropped, Mane unlucky not to make it four-nil with 10 minutes of the half remaining. Salah also going close as Klopp’s ‘Gegenpressing’ was as good as it gets. The Anfield faithful had been treated to 45 minutes of pulsating heavy metal football. 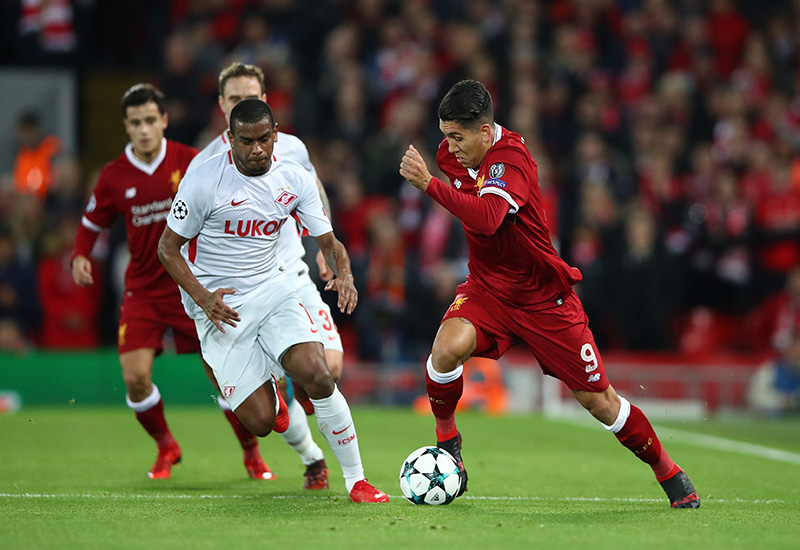 Roberto Firmino of Liverpool and Fernando of Spartak Moskva during the UEFA Champions League group E match between Liverpool FC and Spartak Moskva at Anfield. (Photo by Clive Brunskill/Getty Images)

The second half was barely a minute old before Liverpool picked up where they left off. James Milner crossed from the left and Sadio Mane obligingly rifled the ball home. Four minutes later and Coutinho had his hattrick. Fans late back from their halftime toilet break looked shocked, not as much as Massimo Carrera though – whatever his plans were for his Spartak side at the break it can’t have been to leak two goals in five minutes.

The fixture as a competition was over – every time Liverpool broke forward they looked capable of scoring more. Salah almost made it six, Selikhov had to be at full stretch to push the Egyptian’s shot around the far post. To their credit Narodnaya komanda didn’t drop deep, they continued to try and find at least one goal and with it the possibility of salvaging some Champions League pride. This played into Liverpool’s hands and their front three, powered by their Brazilian man of the match, broke at will. Substitute, Daniel Sturridge notched an assist as he set-up Sadio Mané’s second goal of the night to make it six-nil. It was a perfect night for all those in red, the visitors had been subjected to a European footballing masterclass — Mohamed Salah, whose tenacity on four minutes won a penalty, added a seventh with four minutes remaining.

Man of the Match – Philippe Coutinho 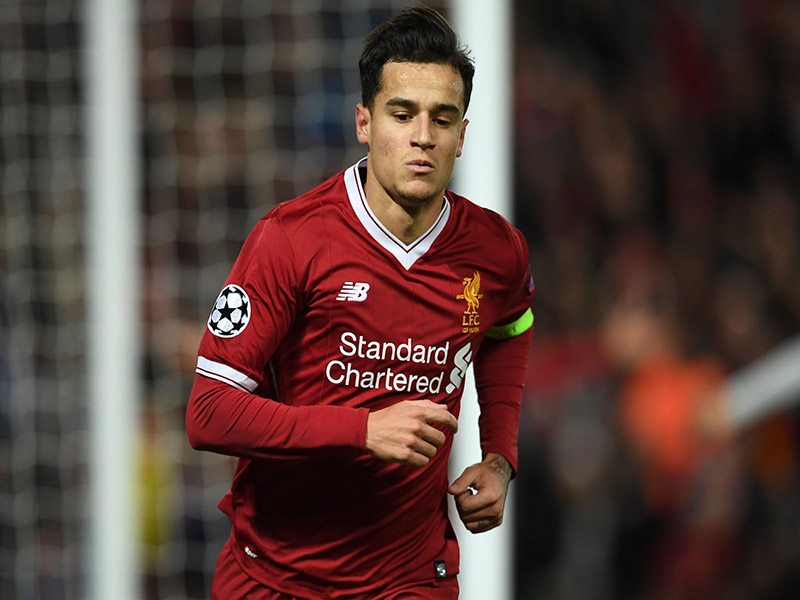 Named as captain the Brazilian put in an unstoppable performance. Floating on air he danced across Anfield and tore the Russian champions apart. Completing his hat-trick on 50 minutes was the biggest of cherries on top of a remarkable footballing cake. Liverpool looked vindicated by their blocking of any move to Barcelona in the summer.

Liverpool put Spartak to the sword in a display that will have resonated across Europe. Finishing as Group E winners there will be many top sides hoping to avoid them in the draw for the knock-out stages. Jurgen Klopp is building an attacking side that have the capability to strike fear into the Champion League’s top teams – especially here at Anfield.