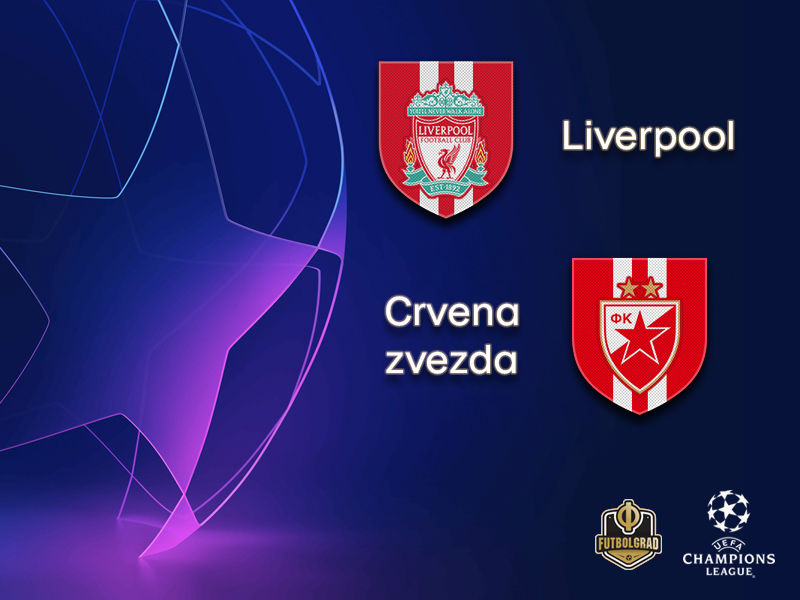 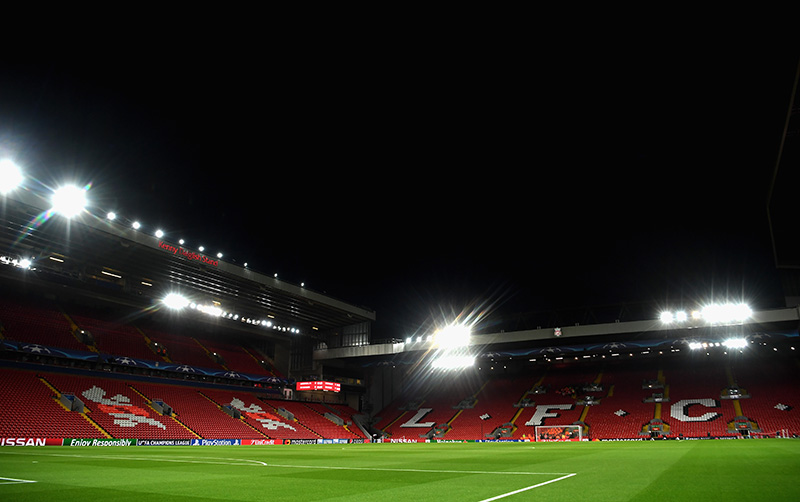 Liverpool vs Crvena Zvezda sees the two sides meet again after an absence of almost half a century. As the game kicks off at Anfield on Wednesday night, it will mark 45 years to the day since the clubs first met –  The first leg of the 1973/74 European Cup tie – in Belgrade – was played on 24 October 1973.

The Serbian club won both legs by two goals to one, and by doing so changed the way in which the then English champions played their football in Europe – Liverpool would not lose again in European competition, at home, for another 18 years.

Jurgen Klopp’s Reds are flying high in the Premier League – second on goal difference behind Manchester City – but on Matchday Two of the Champions League they tasted defeat in the competition for the first time since their final appearance in Kyiv back in May of 2018.

A lacklustre performance in Napoli was compounded by an injury to summer signing Naby Keita, the midfielder left the pitch on a stretcher and is unavailable for Wednesday’s game after picking up a further injury during the international break.

Experience the sights and sounds of Anfield! Book your European football travel now by visiting Nickes!

The Reds will also be without captain Jordan Henderson, the England international is another who faces time on the sideline through injury.

However, Sadio Mane is expected to return to the starting lineup after surgery to his thumb – meanwhile Fabinho is anticipated to take Henderson’s place.

Liverpool have been criticised of late for a number of ‘under par’ performances – baffling as they sit on a higher points total domestically, with less goals conceded in comparison to this time last year.

Dropping points in Italy last time out, an expectant crowd will want to see maximum points picked up – not just here, but also in the second game in Belgrade on Matchday Four.

Vladan Milojevic has received his own injury bad news prior to this difficult fixture in England. Marko Marin, Jonathan Cafú and Milan Rodić have all been ruled out for Crvena Zvezda as they seek to forget a nightmare fixture in Paris three weeks ago.

A six-one thrashing was swiftly followed by an accusation of match fixing. French newspaper L’Equipe ran an exclusive whereby they reported ‘a Crvena Zvezda official allegedly placed a bet of almost 5m euros for the Serbian club to lose by five goals’. Both clubs have come out and denied any wrongdoing in Paris, but it is another incident that the club could well do without.

Anfield will be empty of visiting supporters on Wednesday as the Crveno-beli see out their final fixture under a UEFA ban for several charges – relating to a pitch invasion and the setting off of fireworks.

On the pitch Milojevic will hope his under-strength side can avoid the sort of thrashing dished out to several clubs at Anfield during last year’s competition – most notably a seven-nil demolition of Spartak Moskva.

Outside of the Champions League the club has been in tremendous form. A three-one win on the weekend over FK Rad keeps the Crveno-beli seven points clear of their nearest rivals.  At one point this season they peaked at 19 games unbeaten and have continued their fine Superliga Srbije form despite their hiding at the hands of PSG.

Liverpool vs Crvena Zvezda – Players to look out for:

The Swiss winger arrived at Anfield in the summer with some questioning his ability. However, back at a big club the Champions League winner with FC Bayern has settled into life on Merseyside well.

His introduction to the Liverpool faithful was a wonderful bicycle kick goal against Manchester United – albeit on a pre-season tour, but his display there set the tone for his small number of cameo appearances so far.

With Liverpool hit by a number of injuries in the midfield department, Shaqiri could get the chance to improve on his two assists in seven games for the five times champions of this competition. 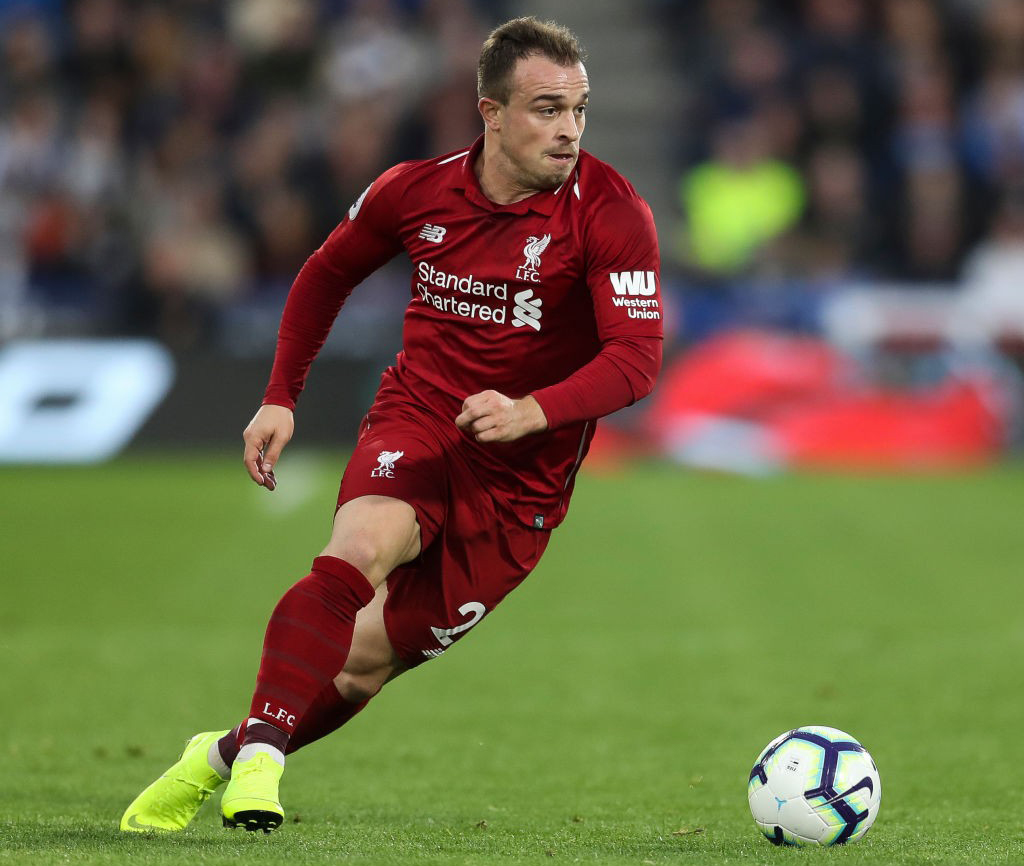 Xherdan Shaqiri has impressed during his number of cameo appearances for Jürgen Klopp’s side. (Photo by Mark Robinson/Getty Images)

It will come as no surprise that all the talk prior to this fixture centres around Crvena Zvezda’s ability to contain a potent Liverpool front line. With injury woes to a number of starters, Vladan Milojevic will be thankful to welcome the Ghanaian international back into his starting plans.

On loan from Kuwaiti side Al-Qadisiya, the 25-year-old will have to quickly re-adapt to life back in the starting XI after a period on the side.

His forced introduction on the weekend – due to an injury to Filip Stojkovic – ended with a three-one victory. Anything apart from a fully concentrated performance, and it could be a night to forget for the on-loan defender. 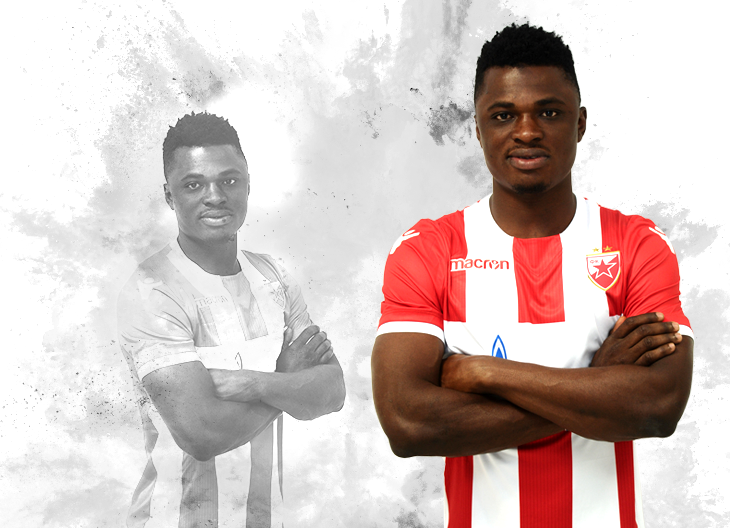 Rashid Sumaila has been drafted back into the starting lineup for the Champions League game at Anfield. (Photo: Crvena Zvezda www.crvenazvezdafk.com)

Futbolgrad will be live at Anfield for tomorrow night’s Champions League fixture – Follow @FutbolgradLive for all the updates as Crvena Zvezda look to recapture their form from their last visit to this historic stadium.