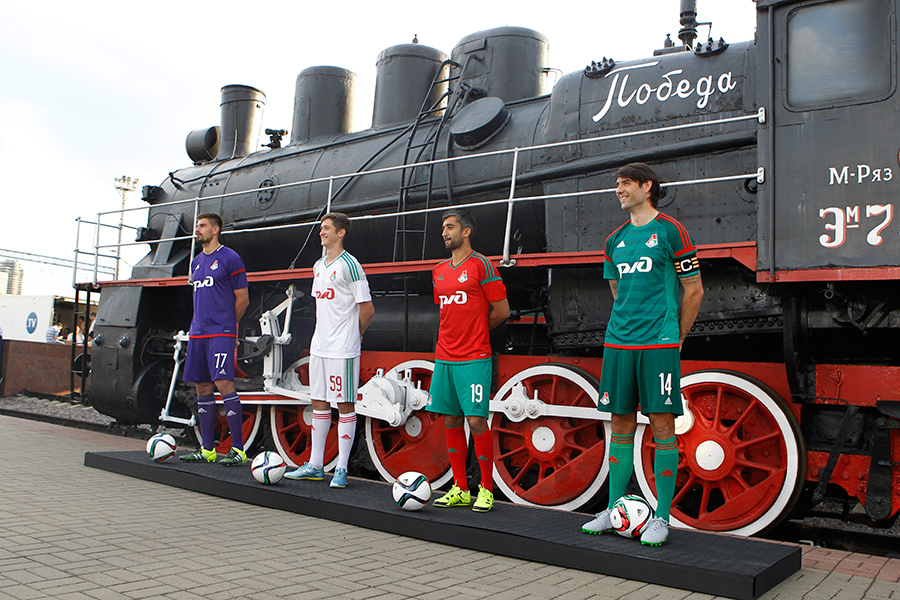 On the surface everything appears to be great at Lokomotiv Moscow these days. The club sits second in the Russian Football Premier League, five points behind CSKA Moscow and three points ahead of Zenit Saint Petersburg. Yet storm clouds appeared on the horizon when rumours surfaced last week that Lokomotiv Moscow could be sold by Russian Railways (RZhD), their long time owner.

As RussianFootballNews.com reported on October 7, the continued rouble crisis has forced the state owned company RZhD to provide a plan to the Federal Antimonopoly Service that included non-core assets sales—which would include Lokomotiv Moscow.

According to RZhD’s former president Vladimir Yakunin, Lokomotiv’s current budget is 5.4 billion rubles, or around €89 million, a large sum of money for a club that is owned 100% by a state owned organization. Yet the club has been a part of RZhD ever since it was founded 83 years ago by a group of railway workers at the Moscow-Kazan Railway station.

Lokomotiv’s current president Olga Smorodskaya was quick to point out to Sport-Express that Lokomotiv Moscow would not be sold by RZhD. “I can say for sure: no they will not sell. Lokomotiv and Russian Railways have been together for many years. The club has been a branch at the organization for [more] than 80 years! To say that the club is not necessary—it is impossible.” She further added, “It would be impossible for the Ministry of Transport to take such a step before the World Cup.” Currently Lokomotiv only generates 20% of its own budget, and the end of RZhD’s investment would also mean the end of the club.

It is difficult to imagine that the Russian state would let Lokomotiv go to the dogs just three years before the World Cup kicks off. After all, RZhD’s commitment to sport has been an important vehicle in the company’s marketing strategy; the company was also heavily involved in the build up to the Olympics in Sochi, and fashions itself as a partner of sport on Eurosport, Europe’s sport channel.

But as the Lokomotiv Moscow expert Ilya Sokolov has pointed out to RussianFootballNews.com, RZhD’s current investment would be difficult to justify to the UEFA Financial Fair Play watchdogs, and a study conducted by PriceWaterHouseCooper has even indicated that Lokomotiv’s marketing value should only be around €40 million rather than the current €89 million. This has led to the present situation in which Lokomotiv feels the pressure not only from Russian state institutions that want to cut state spending in football, but also from UEFA.

Yet UEFA has announced its intention to bring reforms to its Financial Fair Play (FFP) regulations, and the long term the suspension of UEFA President Michel Platini might even lead to FFP either being completely abolished or changed into a format that would allow investors to spend more freely on their football marketing vehicles—as their fancy toys are called these days.

Furthermore, Lokomotiv may be able to reduce costs significantly without losing its competitive edge. The offensive midfielder Mbark Boussoufa, for example, earns around €4 million—although Smorodskaya claims that it is far less—but he has fallen out of favour with the club, and usually trains with the youth squad. Boussoufa is not the only poor piece of business conducted by Lokomotiv in recent years. Despite the club’s current run to the top of the table, Lokomotiv has been, in recent years, fairly bad at spending their money wisely, and as a result have underperformed in the league. Perhaps a budget cut would force Lokomotiv to be more efficient with their money.