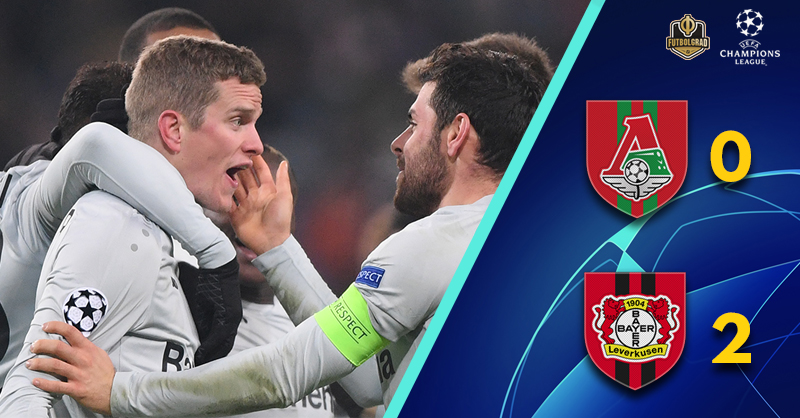 The Railwaymen faced the Werkself at the RŽD Arena in Moscow on Tuesday. And it was the Railwaymen with the more industrious start, Anton Miranchuk had a goal called back (7′) and Grzegorz Krychowiak testing Lukas Hradecky. But then out of nowhere, Leverkusen scored after an Éder clearance ricocheted off Rifat Zhemaletdinov to make it 1-0 for the Werkself. Leverkusen had the goal, but Loko had better chances, in the 26th minute Hradecky came up with a big stop to keep out Anton Miranchuk. Lokomotiv were the better side in the first 45 minutes, but the Germans managed to carry the lead into the second half.

Lokomotiv were more industrious, but Leverkusen were more efficient. In the 54th minute, they doubled the lead, Charles Aranguíz set up Sven Bender in the box, and his wonderful strike beat Guilherme to make it 0-2. Leverkusen slowly grew into the game and now out-worked the Railwaymen. For the Germans, the 2-0 lead meant they had qualified for at least the Europa League. Knowing this Lokomotiv started to press to at least equalize on the head-to-head and in the 85th minute ,Fedor Smolov missed a glorious tap-in opportunity to get the Russians on the board. 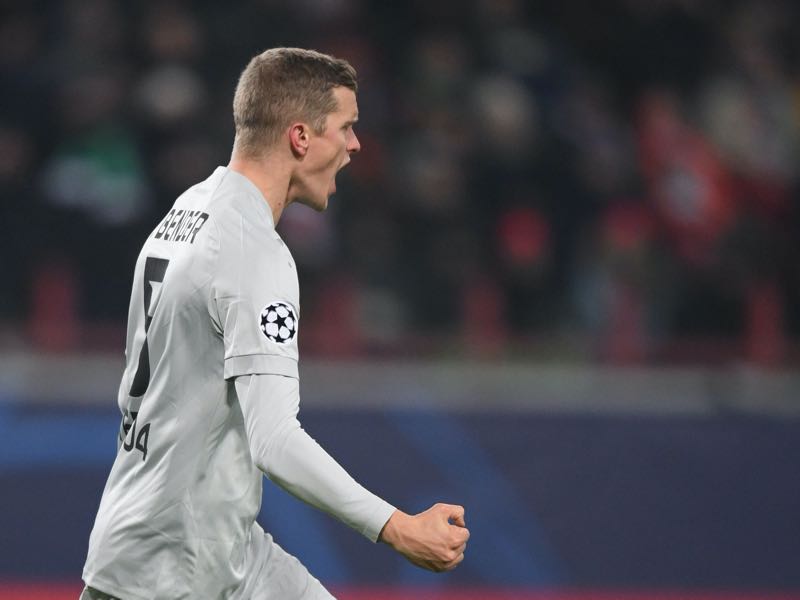 Scored the second goal that sealed it for Bayer Leverkusen. The centre-back had a good game for Leverkusen all around. The defender won five of his seven duels and completed 89.9% of his passes. An impressive result all around.

Lukas Hradecky was excellent for Bayer Leverkusen tonight. The keeper kept out Anton Miranchuk in the first half with a miraculous stop. That goal would have likely swung the game into a very different direction. Always solid and reliable, Hradecky remained calm throughout and was a big reason for Leverkusen to collect all three points.

It could have been a very different night for Lokomotiv had Anton Miranchuk’s goal early stood. It was a fantastic combination with his twin brother Aleksey that sprung him lose and his finish was excellent as well. Unfortunately, he was offside by just a fraction. The attacking midfielder was then denied by Hradecky after another great combination with his brother. A frustrating night for the talented attacking midfielder, who played well at times but just was a bit out of luck.

A big result for Bayer Leverkusen. The 2-0 victory means that the Germans have turned around the 2-1 defeat to Lokomotiv Moscow at home. As a result, Bayer are now qualified for at least the Europa League and will await the result between Juventus and Atlético Madrid to see whether they can still qualify for the round of 16 of the Champions League.

For Lokomotiv, in the meantime, the European season is over. Although disappointing, it will give head coach Yuri Semin time to focus on tasks in the domestic Russian Premier Liga.

Loading...
Newer Post
Ukraine Hoping to be Surprise Package at Euro 2020
Older Post
Artem Dzyuba’s Zenit host Moussa Dembélé’s Lyon in what will be a battle of nerves in Russia