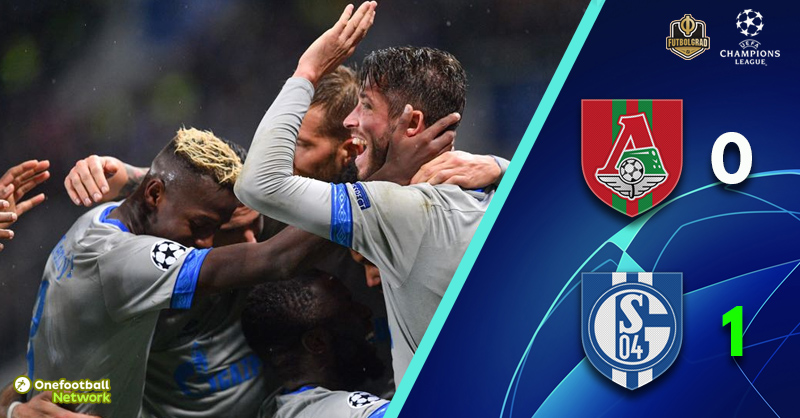 MOSCOW — Lokomotiv’s return to Europe’s top table after 14 years was washed out by Weston McKennie’s late header that decided Lokomotiv v Schalke. A two-thirds full RZD Arena was full of noise but lacking in quality as Lokomotiv finished game week two with no points.

Futbolgrad Network’s player to watch Weston McKennie’s late header was enough to further alleviate pressure on Schalke boss Domenico Tedesco, and plunge Lokomotiv’s hopes further into the shadows. In truth, neither side deserved a result with appalling levels of accuracy and little by the way of creation.

Hamza Mendyl burst through early on to intercept a Guilherme throw out to Manuel Fernandes with the Portuguese caught idling. His pace took him past Solomon Kverkvelia, but fortunately, his cross found empty space instead of a predatory head. Five minutes later, Yevhen Konoplyanka’s backheel released him into space, but this time Kverkvelia was there to head it away from danger. Nothing was getting past the Georgian man mountain

The Moroccan offered the visitors their most incisive openings, as but was also left exposed by Vladislav Ignatyev. Their matchup became a defining characteristic of the game, and it was a rash challenge a metre outside the penalty area by the Russian that drew a booking. Ignatyev had drew first blood in their battle at the midway point of the first half, though., Lokomotiv broke through Aleksey Miranchuk, who paused a fraction of a second to intelligently release Ignatyev teasingly close to Mendyl. This allowed the fullback to use his momentum to power inside Mendyl, but his left-footed effort cannoned into Naldo and away.

It was, however, the first real effort hit in anger by either side, but sparked a brief period of energy. Just before the half-hour mark, Anton Miranchuk’s cross was headed clear to Dmitry Barinov outside the box. With time to compose himself, he hammered a shot through bodies that Ralf Fährmann could only tip away down low. Brian Idowu came steaming in to thrash the rebound goalwards, only to see his effort turned behind. From the corner, Idowu was again the target. From an unmarked position, he struck blistering effort inches over Fährmann’s crossbar. Manuel Fernandes had the beating of Salif Sane on more than one occasion, but couldn’t find his intended targets.

Nothing was getting past Solomon Kverkvelia. The Georgian centre-back won header after header as Schalke’s mostly tame crosses and shots peppered Lokomotiv’s area without ever truly threatening. With half-time approaching, their best chance arrived through the quiet Breel Embolo. The Swiss forward latched onto a long ball out wide with no danger immediately apparent. As he turned and surged towards the box, however, he spotted Mark Uth unmarked on the right flank.  His searching ball found Uth with enough time and space to pick his spot, but once again it was repelled.

The second half began in the same low-key tone. Konoplyanka had had little joy on the left flank, and he was forced to cut inside on the hour mark to find some action. Skipping past two challenges he just about engineered enough space to get a shot away. Guilherme only had to watch it carefully and collect the low effort. A moment later his cross was just a shade too high for either Embolo or Uth; his accuracy simply wasn’t there.

Schalke changed their central midfield axis from Sebastian Rudy and Mascarell to Nabil Bentaleb and Suat Serdar – the latter arriving 10 minutes after the break. Weston McKennie had appeared in almost every position on the pitch, from out wide, up front and across the midfield. The lack of coherent direction from Domenico tedesco’s side played into Lokomotiv’s hands. At one point, the sight of an elderly lady knitting a scarf in Lokomotiv’s red and green colours drew the biggest ripple of excitement from the crowd.

Uth remained the most dangerous element of Schalke’s attack, despite drifting out of the game for about 20 minutes in the second half. His shot flew past Guillerme’s right hand post with five minutes to go. He lay flat out in exasperation at being unable to affect the scoreline.  With just three minutes left on the clock though, all-action American Weston McKennie rose highest at the back post to power in a winner the game barely deserved.

Solomon Kverkvelia was immense alongside Benedikt Höwedes in the opening period. He did make a slip when charging into a challenge after half an hour, but in the air he was imperious. It wasn’t that he was needed to withstand a barrage of high-intensity pressure; it was his instinct to be in the right place at the right time, and put his body on the line when it was needed. His command of the area inadvertently gave license for Ignatyev to roam a little further forward than usual – an avenue that simmered with potential before going off the boil after half time – and at least kept the defence in line. 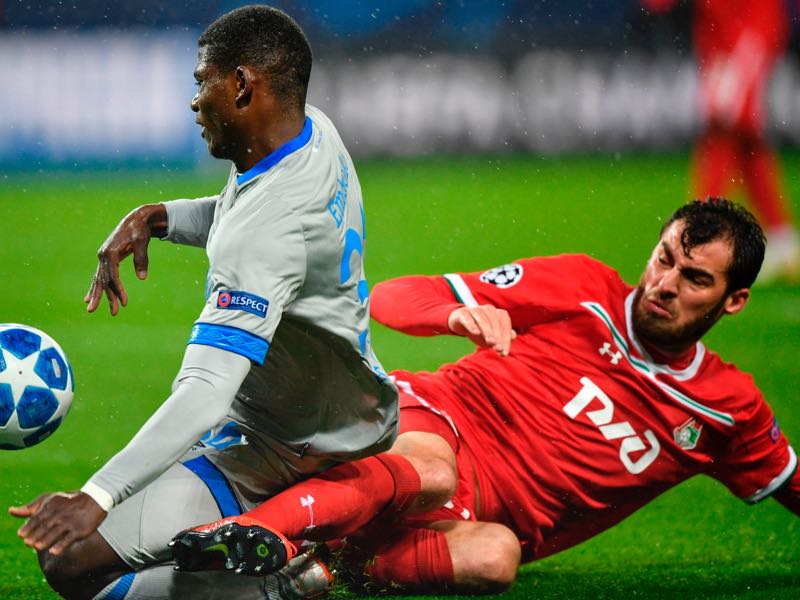 Lokomotiv’s return to the Champions League at home was the big headline on an uneventful evening. Lokomotiv were seen as the whipping boys of Pot One when the draw was made, but their group of Schalke, Galatasaray and Porto seemed to hand them a genuine hope of progressing. After a poor defeat away to Galatasaray, a cathartic performance full of energy was required to show they belong with the big boys. On this evidence, they will be fortunate to squeeze into the Europa league, never mind the Champions League’s latter stages.