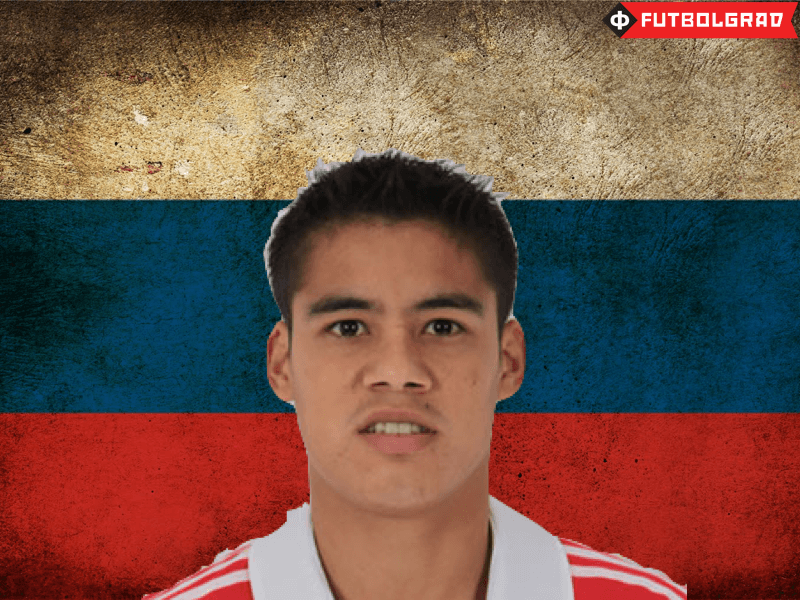 Lorenzo Melgarejo – A Paraguayan For Russia?

Spartak Moscow’s latest signing, Lorenzo Melgarejo, has grown increasingly frustrated with the lack of interest from the Paraguay national team to the point that he is seriously considering taking up Russian nationality in the future.

Speaking on the Paraguayan radio show Centro, Cabeza y Rock on Sunday afternoon his father Blas Melgarejo asserted, “We’ve heard from Russia that they want to nationalize him for the 2018 World Cup”. Rather than dismissing the possibility Melgarejo Snr went on to explain that “it would hurt not to see Lorenzo in the albirroja…but for a long time he’s proven he’s good enough to be called up”.

The idea that Lorenzo Melgarejo could line up for Russia at the next World Cup seems a bit far-fetched considering he only joined Kuban Krasnodar in September 2013 meaning he wouldn’t be eligible as per FIFA rules until just after the tournament ends. However, there does seem to be an element of truth in Melgarejo turning his back on his country of birth for his newly adopted one. “He’s been there 2 and a half years, he’s got used to the language, the food and even the cold…the Russians are tempting him to play for them” continued Blas Melgarejo.

The frustration is evident, and rightly so, such a versatile player would be of great addition to Ramón Díaz’s squad. Melgarejo has a Europa League final under his belt as left-back playing for Benfica and at Kuban he briefly topped the scoring charts having returned to a central forward role. His proven record against big physical defenders in Russia would surely be an asset in the upcoming double-header against Ecuador and Brazil.

While Paraguay has become well known for accepting players of foreign descent (namely from Argentina) there have been recent cases of footballers heading the other way. Pablo Daniel Escobar scored 2 goals for Bolivia against Paraguay in the World Cup Qualifier that cost Chiqui Arce his job and last week defender Nelson Cabrera also confirmed he would be representing the “Verde”. Central defender Javier Cohene was born in the small village of Pirayú but his ancestral roots can be traced back to Bethlehem, he’s been capped by Palestine.

Maybe Lorenzo Melgarejo will become another member of this list, or maybe his father’s frustration will have made Ramón Díaz sit up and take notice.