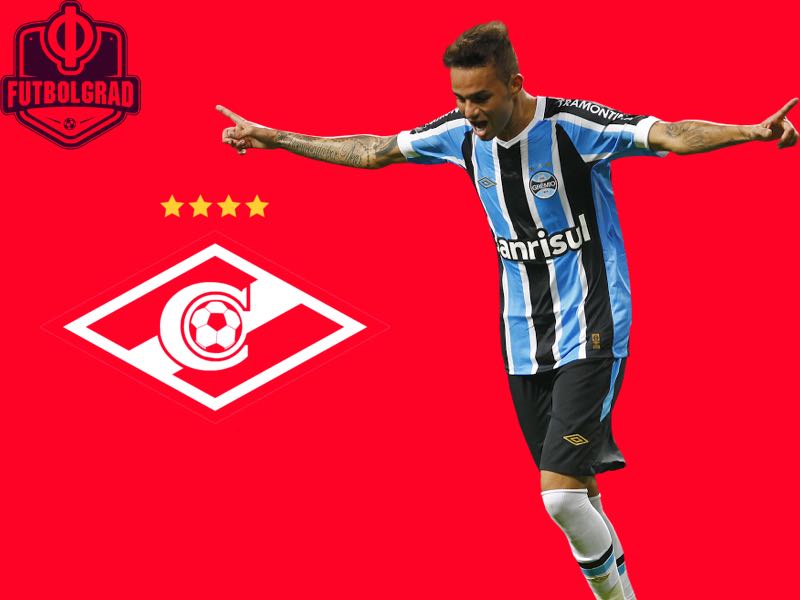 After being dismantled by Zenit Saint Petersburg last weekend, Spartak Moscow’s championship hangover is coming to an end, consequently exposing the flaws of Massimo Carrera’s seemingly unstoppable Myaso. The grotesque 5-1 result against rivals Zenit set off a series of alarms within Spartak’s hierarchy, and the club is now trying to bring in Luan Vieira from Grêmio.

It is no surprise therefore that the club from the capital have targeted a young and promising Brazilian attacking midfielder. Luan Guilherme de Jesus Vieira, better known as Luan Vieira, from Grêmio Foot-ball Porto Alegrense, is reportedly very close to moving eastbound to play for Spartak. Spartak have a good chance of signing Luan this summer because his contract with Grêmio will expire next summer. 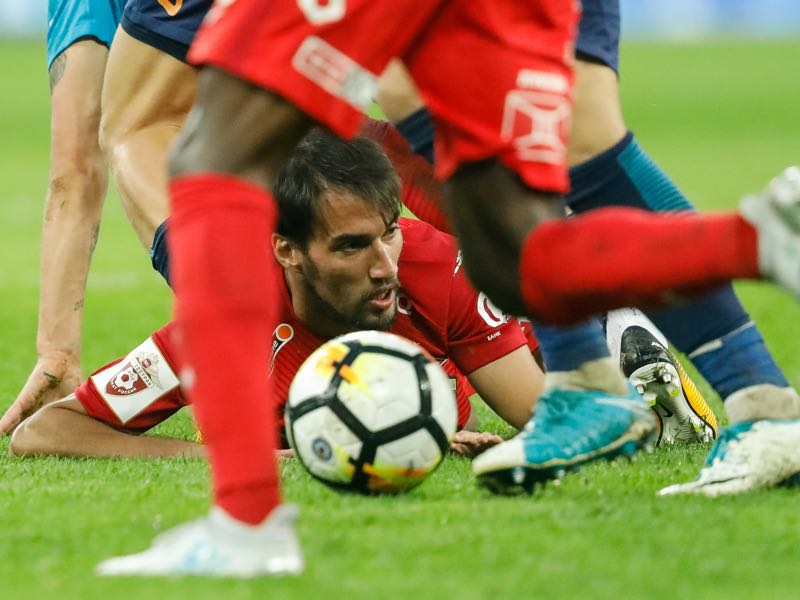 Spartak have been thoroughly dominated by Zenit on matchday 4. (Photo by Epsilon/Getty Images)

The 24-year-old playmaker, who has already been contacted by Liverpool back in May, is a crucial piece of Grêmio from Porto Alegre and has been regarded as the most promising talent in Brazil for almost four years now. He can play as a striker, a winger or even as a playmaker behind the front three. Such transfer will provide Spartak with a much-needed breath of fresh air in their attack. The move, according to Brazilian media, is set to be completed on August 9.

Has Carrera’s Gameplan Been Exposed?

Every season a series of different champions emerge from their respective leagues, which leads to a series of months where we exclusively discuss (or, with few exceptions, criticise) the master plan, that tactical paradigm that leads a team from being only a contender to becoming an immortal champion in case they manage to execute said tactics to perfection. Once the season restarts, however, there is only a minority of teams that can maintain dominance over their rivals, often attributed to smart signings or precise tactical changes that only the best managers can consider needed. Spartak, however, are worryingly leaning towards stagnation having won just one of their first four games.

Recent matches have revealed a version of Spartak relatively unknown to the public. Lack of dominance as we previously mentioned along with generalised mayhem in the middle where Denis Glushakov is supposed to rule. Ineffective attacking moves and, as we witnessed last Sunday, vulnerability when put against efficient counter-attacking teams are only a few of the problems one can identify at Spartak. It certainly looks like Massimo Carrera’s strategy needs tinkering otherwise his side will struggle against whoever they come up against in the Champions League. 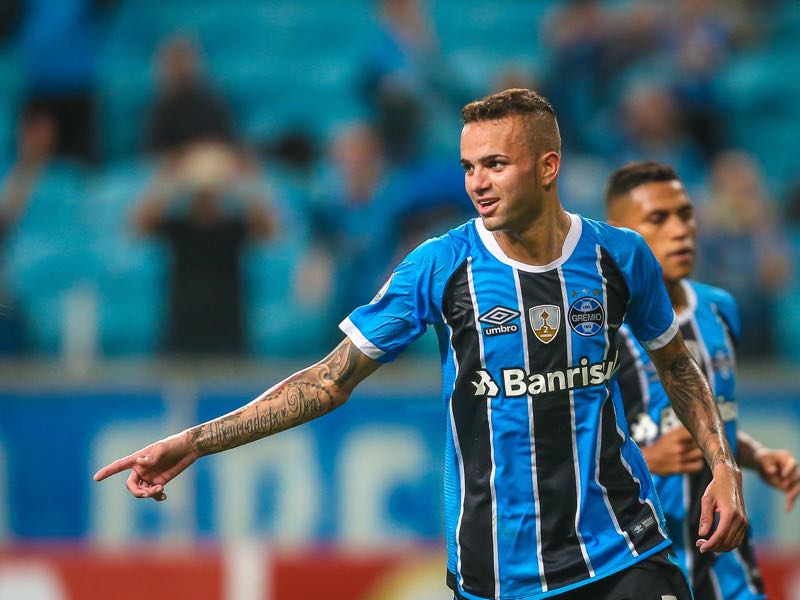 Although there are several things to be worried about. Luan’s addition could change things in the Myaso’s favour, however.

Luan Could Have Moved a Long Time Ago

Luan Vieira made his professional debut for the Tricolor back in 2014 at the age of 21 after impressing among the youth ranks at Grêmio. During his first season with the first team, Luan played 51 games and recorded nine goals and five assists. This great display of talent earned him the opportunity of being featured in the under-21 Brazil squad that went to France to test itself against the most promising talents in the world football at the 2014 Toulon tournament. Unsurprisingly, Brazil defended their title beating France in the final with Luan being one of its most distinguished players after scoring three goals in five matches.

After his first season as a professional footballer, Luan’s mind was once again focused on Grêmio. During 2015, he played 57 games for his side and scored 18 goals and gave 12 assists, more than double of what he had achieved the previous year. The future ahead was starting to look promising for the Brazilian youngster. 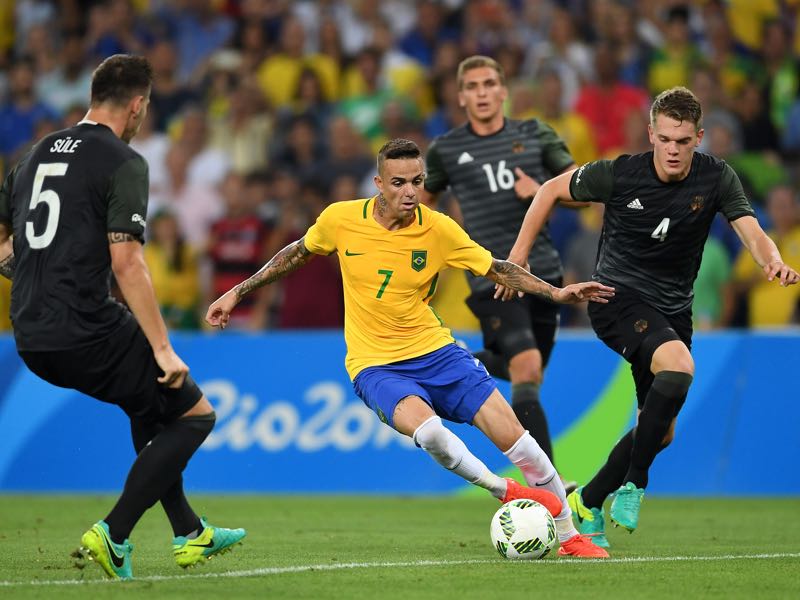 Luan was part of the Brazil squad that defeated Germany in the Olympic final in Rio de Janeiro. (Photo by Laurence Griffiths/Getty Images)

Fast forward to 2016, and we will reach Luan’s most successful year to date, which featured local and international titles for his relatively young personal cabinet. If the past seasons were anything to go by, everyone expected Luan to be Brazil’s local sensation last year. And he did not disappoint. Over the course of last year, Luan helped his side win the Copa do Brasil and thus Grêmio became the club with the most titles of that kind in the country (five). Furthermore, and probably the most significant highlight of 2016 regarding sports, he was key in Brazil’s somewhat expected gold medal at the Rio Olympics. Said performance even caught the eyes of FC Barcelona, but in the end, no further interest was shown by the club.

Spartak Would be a Perfect Inbetween Step

What has stopped Luan from going abroad, then you might ask. Well, according to the Futbolgrad Network’s Brazilian expert Thomas Farines, Grêmio believe that neither of the offers already made for the player matches his value. The Daily Mirror reported that back in May Grêmio received a £26 million offer from Liverpool who sees Luan as a perfect replacement before Philippe Coutinho’s imminent departure. The Tricolor, however, stated that the “new Ronaldinho” as the English press has nicknamed him is not worth less than €30 million, and later proceeded to turn down the offer despite the fact that Liverpool, according to local sources, offered the money.

Even though Luan and his agent are still discussing a new contract in case a move does not happen, the player looks eager to going abroad since his level is up to European standards. This time leaving could be the wisest choice to test his skills against Europe’s best and avoid turning into a one-club-man forever wondering about what he could have been. 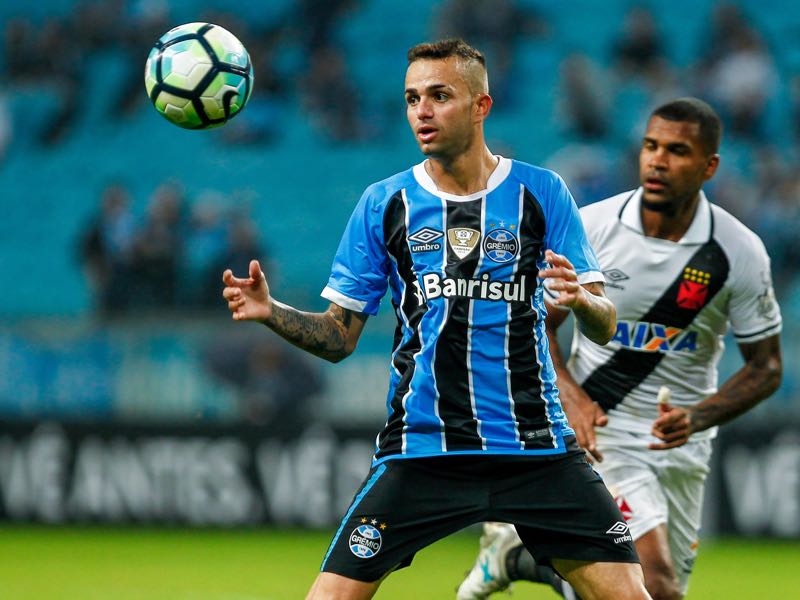 Luan has been impressive for Grêmio this season. (Photo by Lucas Uebel/Getty Images)

Moreover, leaving could be the healthiest of choices for his Grêmio legacy, for he has turned into the centre of critics from the torcida after Grêmio’s recent bad results and has been accused by Brazilian journalist Wianey Carlet of having taken his foot off the gas since he started making a reasonable amount of money.

A move to the People’s Team and the Russian winter might wake him up from his relaxation and will help preserve this great image of himself he has managed to craft over the last five years. Furthermore, playing in the Champions League with Spartak will also offer him a great jumping stone to one of the big clubs in Western Europe. It’s a win-win situation for everyone.