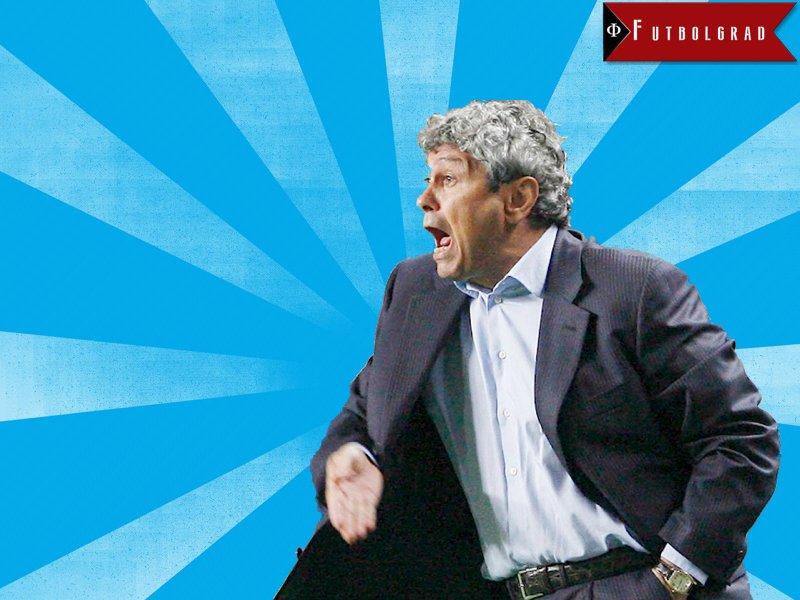 On May 21 Shakhtar Donetsk won the Ukrainian Cup with a 2-0 victory over Zorya Luhansk. The game was also the last game for Shakhtar head coach Mircea Lucescu who told the press after the match “Yes. This was my last game. If you remember, I previously said that I would behave in a civil way until my deal expires, until my last match, and that I would neither talk to anyone nor negotiate on the future [with another club]. I did not want to risk our league performance, along with that in the Europa League and the Ukrainian Cup. So starting tomorrow, I will be a free coach who will seek another club.”

Lucescu Only Officially Didn’t Negotiate with Other Clubs

But within 48 hours of winning his last trophy with Shakhtar Donetsk, Lucescu was spotted in Saint Petersburg by several Zenit fans, who proceeded to take selfies with the former Shakhtar Donetsk coach. The photos quickly found their way onto Twitter, and within hours Lucescu’s agent, the Moldovan Arkadiy Zaporojanu, confirmed that Lucescu was indeed in town to talk with Gazprom CEO Alexey Miller about the Zenit coaching job.

@Emishor Lucescu is already in St.Pete negotiating with Zenit management. He was photographed outside of his hotel. pic.twitter.com/P08PS2pOF5

It is true that Lucescu was a free agent at that point, but as Futbolgrad has learned Lucescu and his management had agreed to terms with Zenit even before the cup final was played in Lviv. The quick negotiations in Saint Petersburg, and the fact that within a day of his arrival Lucescu signed a deal that will see him coach Zenit for the next two seasons—the contract also includes an option for an additional year—show that Lucescu had made a deal with Zenit’s owner Gazprom long before Shakhtar’s last game.

Indeed, on May 19 Futbolgrad learned that a deal had already been reached between Lucescu and Zenit. Lucescu’s agent Zaporojanu later told Sport-Express that the negotiations, which took place on a yacht parked in front of the Hermitage, only lasted 20 minutes. In truth it is likely that Lucescu only had to show up to sign a contract that had been finalized a long time ago—a contract for which it is expected that he will earn €4 million a year.

Of course as a coach who was approaching free agency it was Lucescu’s right to negotiate a contract with any club in the world. His statements following the cup final in Lviv, however, have to be taken with a grain of salt, however, as at that point it was already clear that Lucescu would move to Russia.

Perhaps Lucescu simply didn’t want move the spotlight away from his team’s victory. Also he must have known that in Ukraine the deal would raise some eyebrows, as many will see this as a move from a club that has been exiled due to Russia’s military interference in the Donbass, to a club that is owned by Gazprom, a company that in recent years has often cut off the gas supply to Ukraine, and has also allowed Russia the financial capability to support the separatists in the Donbass.

These voices can be found on the message board of the Ukrainian sports page Tribuna. Some fans expressed their gratitude towards the work that Lucescu has accomplished in his last twelve years in Ukrainian football. Some fans see him as a reformer who had brought a new level of play to the Ukrainian Premier League, and also produced several top players for the Ukrainian national team. 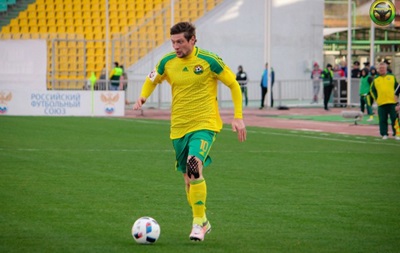 Seleznyov was ostracised by Ukrainians after his move to Kuban Krasnodar in Russia – Image via kapperleader.ru

Others are, however, not so kind, as one fan writes “Perhaps Lucescu’s views on the situation in the Donbass are positive. He does not recognize Russia as an aggressor, and therefore does not consider working for them as shameful. In our country there are a lot of hidden separatists…” Another user writes “Any club but a Russian club, money makes you…” Some comments, which will not be replicated on this page, also make unfavourable hints about Lucescu’s Romanian nationality.

Yet overall what also stood out was the fact that several writers have defended Lucescu’s move to Russia. Indeed his move, although criticized, did not create the sort of fallout that followed after Ukraine’s striker Yevhen Seleznyov moved from Dnipro Dnipropetrovsk to Kuban Krasnodar during the winter break. Seleznyov was subsequently dropped from the national team due to political pressure asserted on national team coach Mykhaylo Fomenko.

As a Romanian citizen, Lucescu is of course viewed slightly different than Seleznyov. At the same time Lucescu has worked in Ukraine for the last twelve years, and has frequently made statements about wanting to return with Shakhtar Donetsk to the Donbass. But with the continued insecure situation in Eastern Ukraine, Shakhtar will not be able to move back to the Donbass Arena anytime soon. Lucescu must have therefore felt that it was time to move on, a sentiment that many Ukrainians and Shakhtar fans understand, but they would have certainly preferred for the club legend to move to another country—Lucescu also had offers from several Turkish clubs.

Zenit and Lucescu – A Perfect Match

Politics aside Lucescu is a perfect appointment for Zenit Saint Petersburg. The Romanian coach speaks several languages, among them Russian, Spanish, Portuguese, Italian and English. His language skills will go a long way to not only better integrate Zenit’s foreign players, but also to help improve the many talented Russian players in the squad.

Welcome to Zenit to our new manager Mircea Lucescu! pic.twitter.com/aVU5PSyfjT

The move also makes sense for Lucescu, as the new coach wanted job security in what will likely be his last appointment as a head coach. In the past Gazprom has proven to be a very patient owner. This year head coach André Villas-Boas was allowed to continue his work despite a difficult start to the season. Then in September, Villas-Boas received a six-match ban in the RFPL after an altercation with the third official. Days before the incident Villas-Boas announced that he would leave the club, but despite this Gazprom did not fire the coach.

There were even reports that Zenit wanted to continue their work with Villas-Boas, despite missing out on a Champions League spot this season. Yet the Portuguese coach was adamant that he wanted to leave. Villas-Boas’ time at Zenit highlight that club officials are extremely patient towards their coaches—a perfect environment compared to Turkey were clubs are extremely trigger happy when it comes to firing coaches. Hence, when one removes all the politics from the picture Zenit could be the perfect environment for Lucescu, as he embarks on his last coaching adventure.