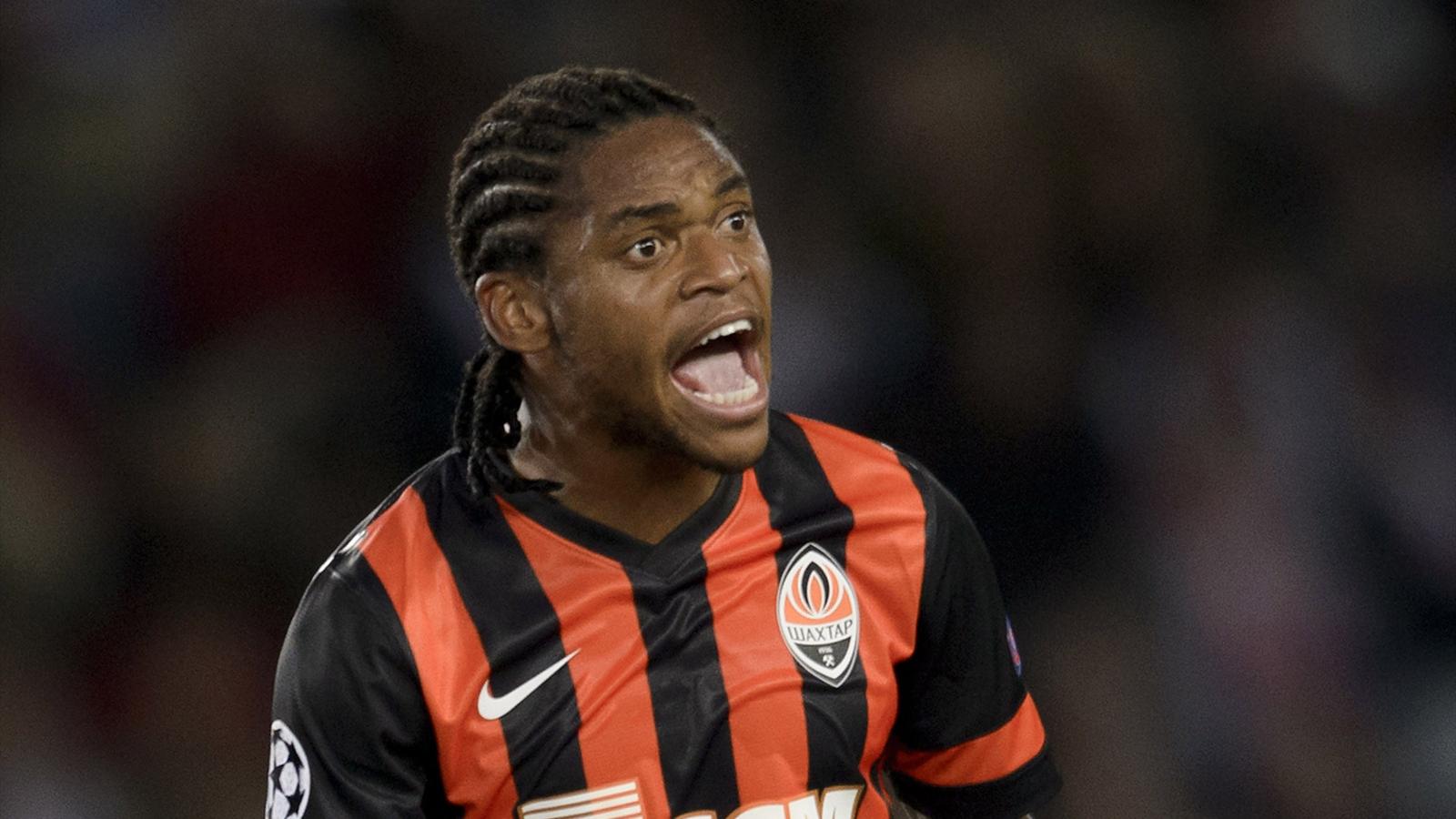 It has been a difficult transfer window for two of Ukraine’s star players, and their clubs: The transfer saga surrounding Yevhen Konoplyanka continues in that he has apparently refused to sign a deal with Sevilla and, judging from latest media reports, could be headed to either Tottenham or Atlético Madrid.

The Ukrainian sports homepage Tribuna.com has even put together a timeline, which is supposed to make it easier for fans to track Konoplyanka’s transfer narrative. In truth Konoplyanka’s complicated contract arrangements with Dnipro owner Ihor Kolomoyskyi make it extremely difficult to predict where Konoplyanka will eventually sign.

Then last week it appeared that Shakhtar’s Brazilian Luiz Adriano would move from Ukraine to the United Arab Emirates. But, just like Konoplyanka’s story, Luiz Adriano’s move now also appears to be dragging out.

What at first appeared to be a typical move by a Brazilian who is looking for a major payday at the highly paid, but uncompetitive UAE Arabian Gulf League, now seems to be a maneuver by Shakhtar’s management to cash in on a player whose contract is scheduled to run out in December.

The circumstances surrounding Luiz Adriano’s prospective move from Shakhtar Donetsk to Dubai’s Al-Alhi Club were made especially confusing when Al-Alhi prematurely announced the transfer via its Twitter feed.

Shakhtar coach Mircea Lucescu has since revealed that the player was never interested in a move to Al-Alhi: “Luiz Adriano did not want to extend his contract and we reached an agreement with Al-Ahli, but the player doesn’t want to go there,” Lucescu told the media.

At the same time Lucescu remains adamant that Shakhtar wants to sell the Brazilian striker this summer: “He has another six months left to run on his contract, but it would be better for us to get some money for him.” Lucescu added “if he doesn’t accept a transfer, we cannot rule out dropping him for the next six months.”

Lucescu’s threat is especially interesting as it highlights a method commonly used by clubs in Eastern Europe who want to force players to either sign a new contract or to accept a transfer. This technique has been highly criticized by FIFPro in the Eastern Europe Black Book.

Shakhtar, however, is currently in a rebuild mode following its disappointing recent season in the Ukrainian Premier League. Also, the club’s financial situation has suffered due to its exile from Donetsk, following the conflict in the Donbass, and the club needs to generate income through transfers in order to raise the funds needed to infuse the squad with new players.

After Douglas Costa’s €35 million transfer to Bayern, the money earned from a potential Luiz Adriano transfer is needed to add money to Shakhtar’s war chest. This thought process is underlined by Lucescu’s statement: “Our hope is to sell him now. I realize that other clubs want to take advantage of our financial situation, but we have to look out for our interests.”

Most contracts in European football expire on July 1, but Luiz Adriano’s situation is unusual in that his contract expires in January. This gives Shakhtar just six months to sell Luiz Adriano’s contract. Lucescu told the media that “[Shakhtar] are going to negotiate with clubs interested for Luiz Adriano.” According to Lucescu, AS Roma, AC Milan and Monaco have voiced their interest in signing Luiz Adriano.

Both the Konoplyanka and Luiz Adriano transfer stories highlight the lack of transparency in Ukrainian player contracts, and the difficulties clubs from Western Europe face when they try to secure the rights to players playing football in Ukraine.