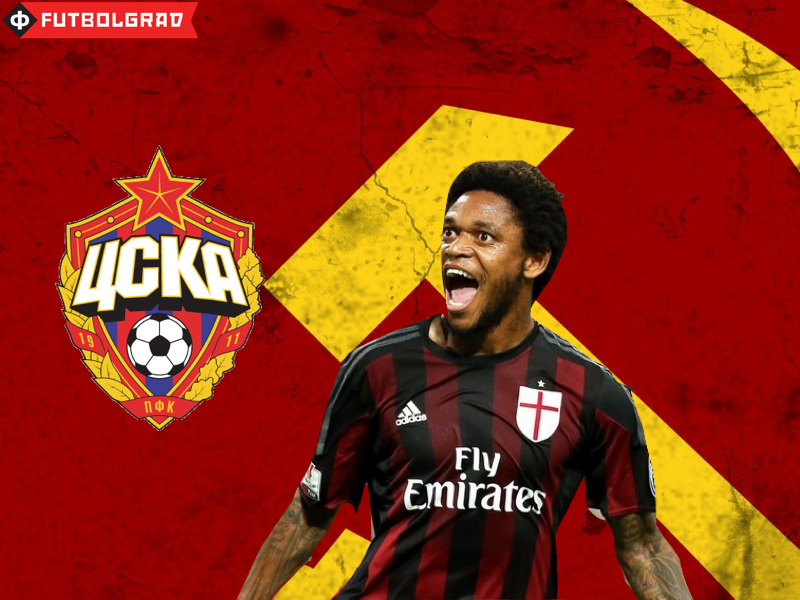 In the end AC Milan stepped up and paid €8 million for the Brazilian striker. The move to the Italian Serie A appeared to be a dream come true for Adriano, yet his transition has been difficult. Adriano’s playing time has been limited, and he has only played for 769 minutes in Serie A compared to the 1339 minutes of AC Milan’s star striker Carlos Bacca.

Adriano has only started in eight games in the Serie A, scoring three goals and two assists with an average Whoscored.com score of 6.48. The return of the injured Mario Balotelli and Jeremy Menez will further limit Adriano’s playing time, and with all these strikers back in the squad Luiz Adriano would be more likely to win at the Tiki Island slot machine than starting for AC Milan.

Furthermore, Football Italia reported on December 30 that AC Milan is financially limited in the January transfer window, hence they may be looking at selling Luiz Adriano as his transfer could bring much needed capital to the Italian club.

Gazzetta dello Sport has reported that FK Krasnodar could be interested in bringing the Brazilian to the Russian Football Premier League. Krasnodar are, however, under Financial Fair Play investigations by UEFA, and are therefore unlikely to make an offer for Adriano, who according to transfermarkt.de has a transfer value of €10 million.

Krasnodar are, however, not the only Russian club that are interested in the services of the Brazilian striker as Sport-Express reported that CSKA Moscow could be interested to sign Adriano this winter in the event that Seydou Doumbia leaves the club for the English Premier League.

Doumbia is currently on a loan deal in Moscow, but CSKA are interested in purchasing the full rights to the Ivorian striker, but the rouble crisis has severely limited the financial power of the Red Army club. Roma meanwhile is trying to cash in, in a big way, on Doumbia, who is valued €15 million, as the Italians, in turn, need fresh cash in order to meet UEFA’s Financial Fair Play regulations.

With several English clubs—including West Ham United—lurking and hoping to make a deal for Doumbia, and with CSKA Moscow failing to reach the knockout stages of the Europa League, Doumbia may very well headed to England in January.

In the case of Doumbia’s departure, CSKA Moscow will most certainly look at Luiz Adriano as an affordable replacement.