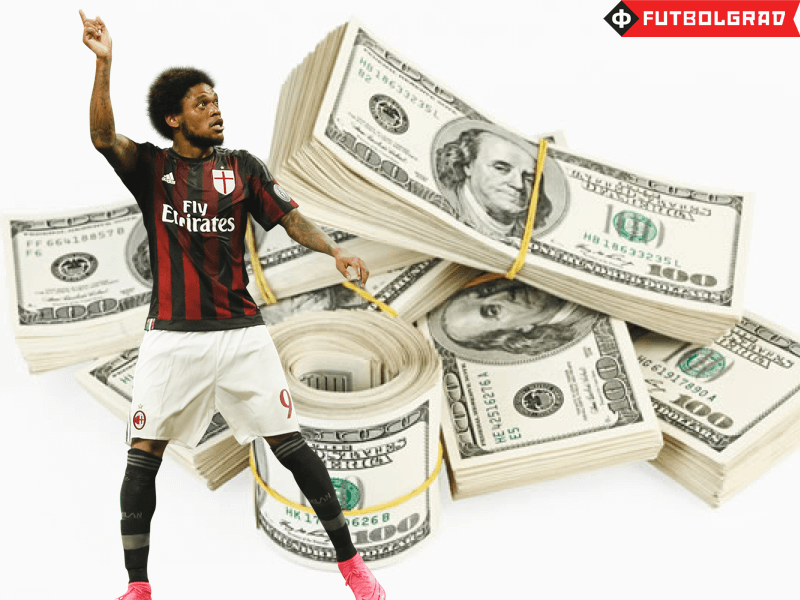 The Italian sports finance page Calcio e Finanza has released AC Milan’s budget numbers for 2015. The numbers are revealing in many ways as they highlight that the club has spent significantly more than what was reported in the media.

The numbers also reveal that AC Milan spent €14 million on signing Luiz Adriano from Shakhtar Donetsk, and not the €8.5 million that was widely reported in the international press—a whooping difference of €5.5 million, most of which amounts to agent fees.

But despite the spending, AC Milan failed to make an impact in the Italian Serie A this season, as the Rossoneri are currently just sixth in the table and therefore on course to, once again, miss out on a lucrative Champions League spot.

Luiz Adriano, meanwhile, has just managed 22 (eleven from the beginning) appearances for AC Milan this season, scoring four goals in the process. In general, his time in Italy, so far, can be described as a disappointment for both sides, as before leaving Shakhtar last summer, it was widely expected that the Shakhtar Donetsk striker would be able to make a big impact with a major European club.

The lack of playing time was largely down to the fact that AC Milan also brought in the Colombian striker Carlos Bacca from FC Sevilla for €30 million last summer, and Bacca’s presence meant that Luiz Adriano was often left out.

In the winter, Milan attempted to sell Luiz Adriano to Jiangsu Suning in China, but a transfer failed at the last minute. CSKA Moscow also appeared interested in signing the Brazilian striker, but the Russian club chose to buy the much cheaper Aaron Samuel Olanare from the Chinese Super League team Guangzhou R&F instead.

Luiz Adriano’s contract may, however, soon be under Chinese ownership after all, as it is expected that Berlusconi will sell AC Milan to a Chinese consortium for €600 to €700 million in the next few weeks. The move could fix AC Milan’s financial situation. At the same time it could also mean another financial offensive by AC Milan in the summer transfer window, making it likely that Luiz Adriano could soon be on the move, and this time for good.