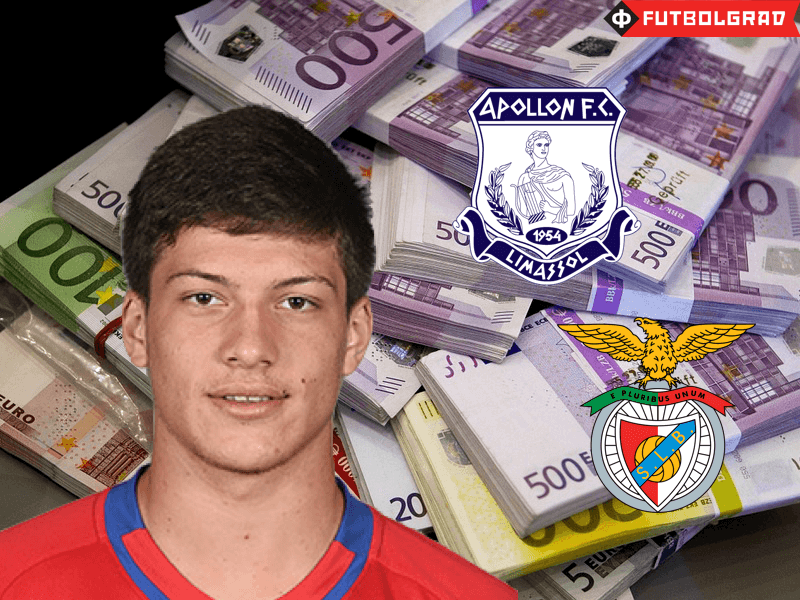 In the winter, the talented Serbian striker Luka Jović moved from Red Star Belgrade to the Portuguese club Benfica Lisbon. Contract details exposed by Football Leaks on April 17, however, now show that Jović’s contract had no longer been the property of Red Star but was instead owned by the Cypriot club Apollon Limassol.

Apollon Limassol are owned by the Israeli player agent Pini Zahavi, who has also been involved in the Andrija Živković scandal (read more about that here). Benfica’s transfer agreement with Apollon now shows that the Cypriot club was the sole owner of Jović’s rights, as, the contract states, “APOLLON FC represents and warrants to SL BENFICA that is the sole owner of the PLAYER’s [Jović] economic and federative rights and is entitled to transfer the PLAYER’s registration to SL BENFICA without restrictions, so that SL BENFICA shall become the absolute beneficial owner of all rights related to the PLAYER’s playing rights.”

According to the contract, Benfica paid €7 million in five instalments of €1.25 million—it has been widely believed that Benfica paid just €2.2 million for the transfer of the striker.

Prior to the transfer, Red Star had already sold 70% of the economic rights to Apollon in January 2015. In the contract, signed in January 2015, Apollon had a clause that would allow the Cypriot club to purchase the full rights of the player, which happened on January 25, 2016, when Apollon bought the remaining 30% of the player’s economic rights, and 100% of the player’s federative rights, and “In consideration for the purchase of the Rights, Apollon shall pay Red Star a total sum of €600.000 (six hundred thousand)) (the “Consideration”).”

Yet, the player contract signed between Jović and Apollon was a mere formality, as Jović was sold by Apollon less than one week later to Benfica Lisbon for €7 million.

Following the transfer from Apollon to Benfica, Jović signed a contract that will run until 2021 and that will earn him €600,000 a season. His contract at Benfica also includes an exit clause of €60 million.

The deal shows how agents have found ways to circumnavigate FIFA’s ban on Third-Party Ownership that stipulates that investment funds or individuals are not allowed to own the economic rights of players at multiple clubs, but, at the same time, clubs are allowed to sell the economic rights to other clubs, and then loan the player’s federative rights.

Hence, agents have started to buy clubs, as Zahavi has done with Apollon. These clubs, in turn, purchase the economic rights in the name of the agent, and then loan the federative rights back, as Apollon has done with Jović, who was loaned to his parent club, Red Star. Zahavi has not been the only one to explore this loophole; other agents such as Jorge Mendes have started to invest into fringe clubs in order to park player contracts of their clients there. This tactic shows that FIFA’s ban on the practice has done very little to bring transparency to the world of football.