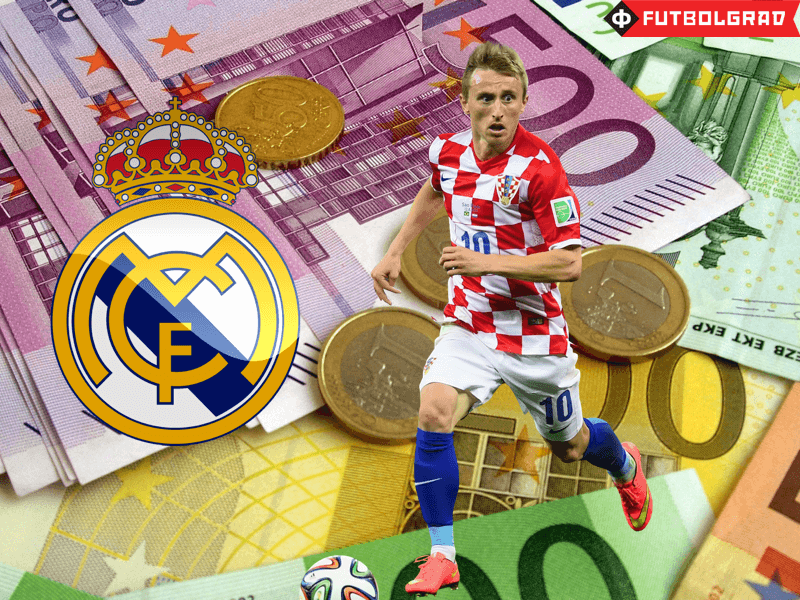 The contract of Real Madrid’s Croatian playmaker Luka Modrić’s has been the latest document exposed by Football Leaks. The document, which was posted on Monday March 7, reveals some juicy details about Modrić’s contract with Real.

The salary details highlight that even though Modrić has a gigantic exit clause in his contract, he appears to be far less valued by his club than his teammates. A document leaked by Football Leaks in early February showed that Modrić’s teammate, and German national team player, Toni Kroos currently earns €10.9 million a year at Real Madrid.

Furthermore, it is understood that Modrić’s teammates Cristiano Ronaldo and Gareth Bale both earn in the region of £15 million a season. This latest revelation will surely bring more disruption to Real’s dressing room, which is already dealing with a difficult season—with ten games to go they are currently third in La Liga, four points behind city rivals Atlético Madrid, and 12 points behind FC Barcelona.

This is not the first time, however, that Modrić has been involved in a transfer controversy, as his €21 million move from Dinamo Zagreb to Tottenham Hotspur in 2008 led to an investigation of possible tax evasion against Dinamo’s executive director Zdravko Mamić.

Modrić’s transfer to Tottenham is understood to be one of many transfers from which Mamić benefited. It is believed that over the past ten years Dinamo has earned €150 million in transfers, but rather than directing investments into the club’s infrastructure, much of it has disappeared into dark channels. Zdravko Mamić resigned as executive director from Dinamo in February, but it is understood that he very much remains in charge at Dinamo as investigations into Dinamo’s accounts continue.

Modrić spent four years at Tottenham Hotspur, but his time in North London was not without further transfer controversy. Modrić drew interest from several big European clubs after he was voted Tottenham Hotspur player of the year in 2011. In the summer of 2011 Modrić received a £22 million bid from Chelsea, after which he publically stated that he would welcome a move to Tottenham’s city rival. Modrić subsequently tried to force a move to Chelsea, yet Tottenham’s chairman Daniel Levy refused to let Modrić go, and reportedly turned down a last minute £40 million transfer offer from Chelsea on August 31 2011, despite the fact that Modrić insisted that he had a gentlemen’s agreement with Levy.

Modrić told the press at the time that Levy was playing dirty “I reminded the chairman of our gentleman’s agreement when we were in Dubrovnik last summer and I agreed a contract extension with Tottenham,” Modric told Sportske Novosti. Modrić had signed a new six-year contract in 2010, but the deal included a verbal agreement that Levy would let Modrić go if a big European club wanted his services. “At that time, I had an open chat with Levy—that if a bigger club came in with a concrete offer, we would consider it and agree the best solution for all concerned. Now Levy doesn’t want to talk to me and said there is no possibility that I can leave Spurs. He threatened me—he said if I didn’t accept the club’s stance, they would make me sit on the bench or in the stands.”

Despite the controversy surrounding his failed transfer to Chelsea, however, Modrić remained one of Tottenham’s best players in the 2011-12 season. Furthermore, his strong form also meant that he continued to be on the radar of several high calibre clubs, and on August 27 2012 Tottenham agreed to sell Modrić to Real Madrid for €30 million. At Real he signed a five-year contract, the very same document that has now been leaked by Football Leaks.

Modrić’s transfer history is not uncommon, but rather is a symbol of the often-murky transfer stories that seem to dominate the football news today.