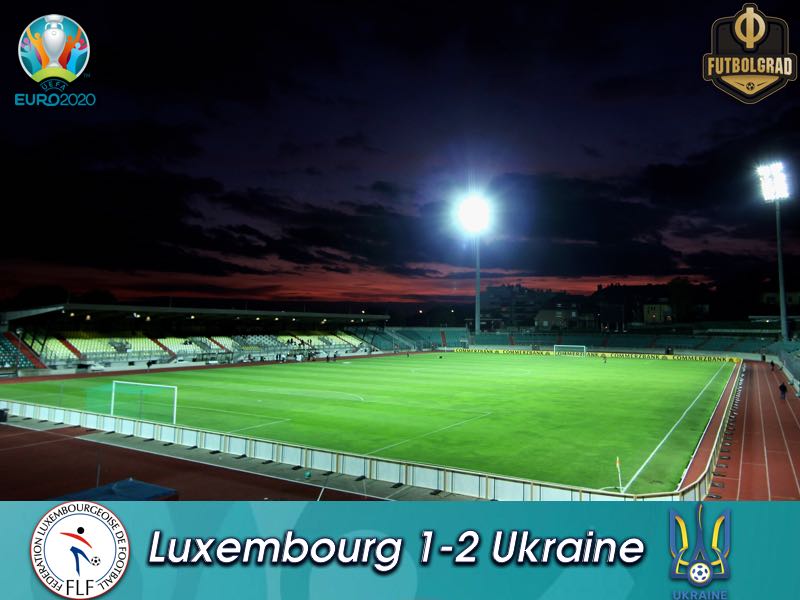 Luxembourg v Ukraine – Ukraine were nearly embarrassed by a rejuvenated Luxembourg side, but a last minute own goal by Gerson Rodrigues saw the visitors run away with all three points. Having now played two matches, the Zbirna sit at the top of Euro 2020 Qualification Group B.

Luxembourg Are No Pushover

Following an impressive result in Portugal, it seemed as if this would be a routine victory for the away side. The hosts, however, had other plans.

Luxembourg narrowly missed out on a place for the Euro 2020 qualification playoffs, as they finished runners up in League D Group 4 in the UEFA Nations League. They did, however, earn some impressive results in 2018, including a 1-0 victory over Georgia and a draw against Senegal.

The Red Lions added to their good fortune by shocking Lithuania on Euro 2020 Qualification Matchday 1, which saw them top Group B. The small European state then added to the spoils by opening the score on Matchday 2. Their efficiency with the ball and their willingness to attack the opposition demonstrated this Luxembourg side would fight with grit. Moreover, many players on their national team play club football in the French and German leagues, thus adding to the experience and strength of this squad.

Their hard work was undone, however, as an unfortunate own goal saw Ukraine steal all three points in stoppage time. The Red Lions will see this as a missed opportunity and will need to regroup when they travel to Lithuania on Matchday 3.

Luxembourg still may not finish as one of the top two sides in Group B, but they are certainly able to play spoiler and dictate the outcome of this qualification cycle. This “wild card” factor about the Red Lions will undoubtedly add more spunk to this group.

Known as the “terrible twins,” Yevhen Konoplyanka and Andriy Yarmolenko played a vital role during Ukraine’s Euro 2016 qualification campaign, which saw their national team qualify for a major tournament via the playoffs for the first time in their history. The chemistry between these two players is apparent, as Yarmolenko and Konoplyanka constantly switch the field of play while also posing a dangerous threat on goal. Both players are also able to play on either side of the field, thus giving the Zbirna an advantage on the wings.

In addition, their ability to cut into the field provides problems for many defenders. Most important, Yarmolenko and Konoplyanka scored three of Ukraine’s five goals in League B Group 1 in the UEFA Nations League, which saw the Zbirna gain promotion to the prestigious League A, as well as earning a Euro 2020 playoff spot.

Throughout these past two European qualifiers, however, the absence of Yarmolenko was noticeable. Ukrainian manager Andriy Shevchenko first played Marlos on the opposing wing in the match against Portugal, yet the Brazilian-born player was largely ineffective. Marlos was substituted for Viktor Tsyhankov late in the second half, which gave Ukraine a bit of a more creative edge, but the young winger was unable to find his fluidity in the match.

To give credit where it is due, it was expected Portugal would control the match and thus limit Ukraine’s threat on goal. Moreover, Tsyhankov, who started on the wing in the match against Luxembourg, scored the vital equaliser in this match. His creativity and ability on the ball, however, do not match that of Yarmolenko, and thus the Zbirna had to rely upon Konoplyanka constantly. This allowed the opposing defence to easily close down on the winger, limiting his involvement in the match.

Simply put, should the Zbirna hope to qualify for the 2020 European Championships directly, they will need both twins. Otherwise, it will be extremely difficult for Ukraine to advance to the finals next summer.

The Zbirna Desperately Need a Striker

The most obvious problem for Ukraine, however, is their lack of a striker. Following the retirement of Andriy Shevchenko, the Zbirna have failed to produce a goal-scoring threat. Roman Zozulya filled the roll between 2012-16, but a series of injuries and a lack of playing time abroad saw him fall out of favour with the national team.

Artem Kravets, Yevhen Seleznyov and Artem Besyedin then stepped up for the challenge during the 2018 FIFA World Cup qualification period, yet to no avail. During the qualifiers, Ukraine scored 13 goals in 10 matches. Between the three of them, however, the strikers only scored four goals in these ten games.

The UEFA Nations League was worse. Between the Zbirna’s four matches, which saw them win their group and gain promotion to the League A, not a single Ukrainian goal was scored by a striker. This is an abysmal statistic.

The Zbirna then adopted new methods for the 2020 European qualifiers. Having recently naturalised the Brazilian-born Júnior Moraes, who is the current top scorer in the Ukrainian Premier Liha, Shevchenko hoped that this would help resolve some of these issues. To be fair, Moraes came on as a late substitute in the match against Portugal and was played as a midfielder in the match against Luxembourg. Thus he has not had a lot of time to settle with his adoptive national team. Shevchenko also used Roman Yaremchuk and Roman Bezus as forwards in these matches. Nonetheless, the strikers were unable to make an impact in either match. Time will tell if they will grow into this roll as the qualification process progresses.

Ukraine have been very fortunate in this qualification period thus far, having earned four points from a potential six. But if the Zbirna hope to avoid an embarrassment similar to that of the European Championships in 2016, which saw them eliminated from the tournament without scoring a single goal, they will need to find a new striker. Ukraine cannot continue to ride their luck on their midfield players, especially with the likes of Konoplyanka and Yarmolenko.