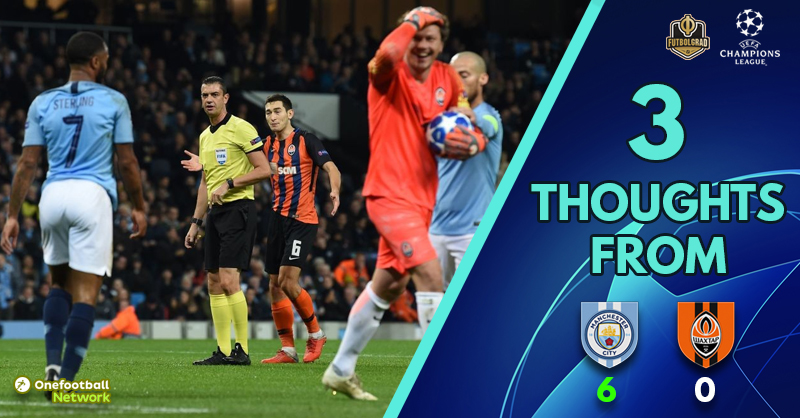 ‘Chasing shadows’ and ‘that penalty!’ – Three Thoughts as Shakhtar fail to turn up in Manchester

Manchester City v Shakhtar Donetsk was over before it ever really began, the English champions – and Champions League favourites – were just too powerful for a Ukrainian side who simply failed to turn up. 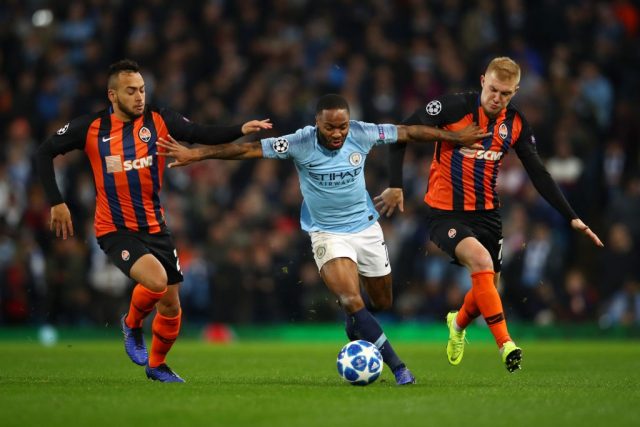 The gulf in ability between the two sides was evident from early on. David Silva setting up the first Manchester City attack with game only minutes old. It was to be a warning of how the night would eventually unfold for their Ukrainian visitors.

It took 13 minutes for City to break the deadlock, Silva tapping home from close range. Shakhtar looked lost and there wasn’t even fifteen minutes on the clock. Ismaily and Yaroslav Rakitskiy appeared to be as leaky as a ship with a bow full of holes.

The entire stadium knew at that point the game could be a cricket score come 9:55pm.

By the time a controversial City second hit the net, The Miners had simply given up. There was little effort to press their hosts, no genuine conviction to win the ball back or build any attack of their own.

Questions should be asked of the defensive four – turning their backs on crosses, or diving into challenges – take your pick of mistakes that littered the evening for Shakhtar.

Rarely does a referee get something so wrong as Viktor Kassai did at The Etihad.

Raheem Sterling – running at pace towards the Shakhtar goal – messed his shot up completely. Opting to chip the ball, the City forward kicked the ground and went tumbling over inside the area.

The England international was being chased down by Mykola Matviyenko, but the defender was a clear two yards behind him as Sterling booted the turf.

Kassai, blindsided by Matviyenko, assumed he’d tripped the City player, and pointed to the spot – his goal-line assistant had a clear view of events and he too pointed his ‘wand’ to the spot. It was a truly dreadful decision by two UEFA level referees.

No matter how this is dressed up it can not be argued that the officials simply ‘made a mistake’. This event should be as crucial to VAR in the Champions League, as Frank Lampard’s disallowed goal versus Germany was for goal-line technology at the World Cup.

Luckily it didn’t affect the outcome of the game, Shakhtar had given up at one-nil – however, imagine this was in the knock-out stages – the semi-final, or even the final.

It is an utterly diabolical example of just how the officials can get it so wrong, and yet be so oblivious to their failures.

Post-match both Sterling and City manager, Pep Guardiola, acknowledged the penalty shouldn’t have been awarded. Too late for the Ukrainian side, who can add the injustice to a woefully poor showing on their behalf. 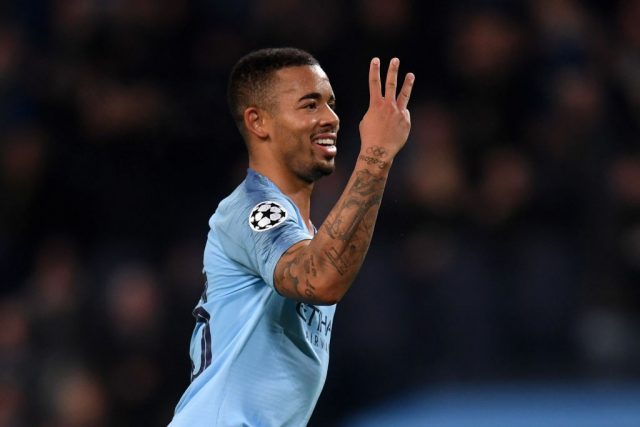 Gabriel Jesus celebrates after scoring his team’s sixth, and his hat-trick goal during Manchester City vs Shakhtar Donetsk at Etihad Stadium on November 7, 2018 in Manchester, United Kingdom. (Photo by Laurence Griffiths/Getty Images)

Manchester City are the competition favourites and on this performance it is easy to see why. Barely out of second gear for the entire 90 minutes and they still managed to knock six past their opponents. It could, and probably should, have been more. As it was, six-nil marked the highest ever score for the Manchester side in the competition.

Gabriel Jesus grabbed a hat-trick, he could have had two such was the ease in which City cut through the The Miners.

Shakhtar Donetsk will look to put this pummelling firmly behind them when they travel to Vorskla in the Ukrainian Premier League on Sunday.