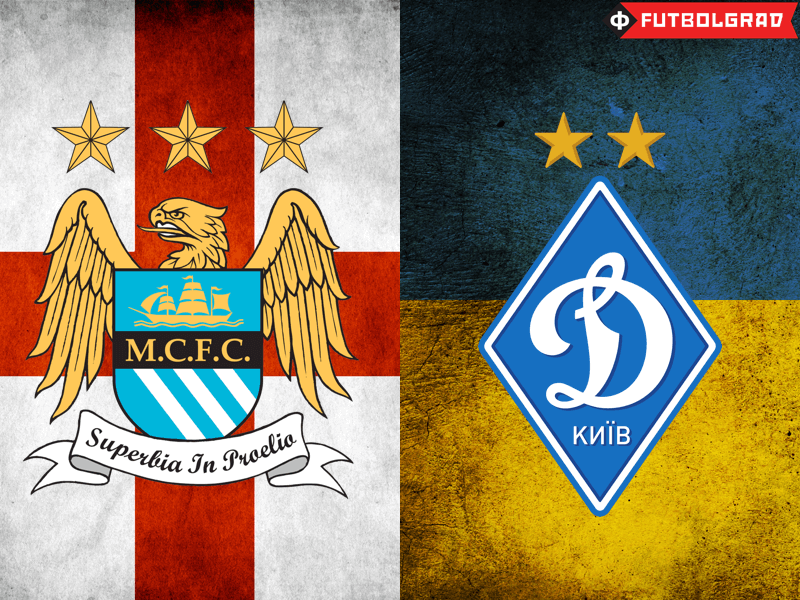 On February 24 2016 Dynamo Kyiv hosted English Club Manchester City at the Olimpiyskiy Arena in Kyiv, for what was to be the Ukrainian side’s first competitive fixture since the 1-0 victory over Maccabi Tel-Aviv in the Champions League 2015-16 Group Stage on December 9. Manchester City, which had no winter break, went into the tie after having lost consecutive home matches against both Leicester City and Tottenham Hotspurs.

It was, however, Dynamo’s extended winter break, which proved to be the disadvantage, as Dynamo seemingly lacked match fitness. During the first half of the match Manchester City dominated in Kyiv and secured a 0-2 lead by halftime. The match seemed to be done and dusted, yet strangely enough the English club invited Dynamo back into this contest, as the young Ukrainian midfielder Vitaliy Buyalskiy scored shortly after the restart. Had it not been for the heroics of City goalkeeper Joe Hart and midfielder Yaya Touré, the match very well could have ended in a draw. Nonetheless, the football gods dictated otherwise, and Manchester City took a 1-3 away goal victory to the second leg. Dynamo will therefore face an almost impossible task on March 15 in Manchester.

Furthermore, Dynamo has failed to impress since facing City. Dynamo drew away at FC Olexandria (1-1) during the first leg of the Ukrainian Cup quarterfinals; while Dynamo have the away goal, the end results means it is all to play for in the return fixture in Kyiv. In addition, the Blue-Whites earned a 2-0 victory over Dnipro Dnipropetrovsk during Ukrainian Premier League match day 17. Finally, Dynamo managed an uninspired 2-1 victory against Karpaty Lviv on March 11.

In contrast, Manchester City have earned better results during the interlude. Following a convincing display in the Ukrainian capital, the City secured its first piece of silverware for the 2015-16 season as they beat Liverpool in the Capital One Cup Final 1-3 after penalties.

Perhaps ironically, three days after their Capital One Cup victory, the Citizens were handed a 3-0 defeat at Anfield, thus the Reds inflicted their revenge. Yet despite the setback in the race for the Premier League, Manchester City comfortably defeated Aston Villa at home, but only managed a 0-0 tie against Norwich City.

Despite Manchester City’s 3-1 advantage, Dynamo Kyiv still had a reason to believe in this tie. First, while Manchester City scored three away goals, the home side was able to score a consolation goal, meaning that the Blue-Whites are only two goals down on goal difference. Second, Dynamo may turn to teams of recent past to be optimistic, as the Citizens have not always been convincing in their own stadium this season. In November 2015 Liverpool put on a convincing display as they beat City 4-1. Then in February 2016 Leicester defeated City in Manchester 3-1. Thus it is not entirely impossible for the Ukrainian side to earn a result at the Etihad Stadium which would see them progress to the Champions League quarterfinals.

Manchester City, however, will remain the favourite for the Manchester City vs Dynamo Kyiv return leg, as they will be looking to progress to the quarterfinals of the Champions League for the first time in its history. Dynamo Kyiv certainly have the talent to cause a nuisance for Manchester City, but Dynamo would have to secure at least a 3-0 away victory in order to get passed Manchester City in regular time—a 3-1 victory would mean extra time. This is certainly a big ask for a team that still lacks experience, and despite the heroics in the Group Stage against the likes of Chelsea and FC Porto, it seems that this will be the end of the line for Dynamo in the Champions League.