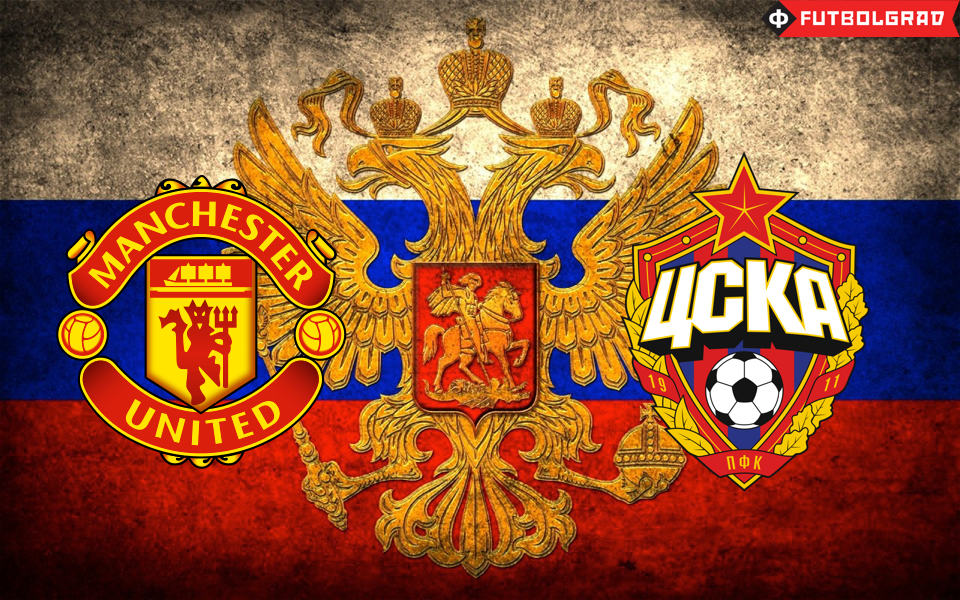 Manchester United vs. CSKA Moscow – Can CSKA Exorcise the Devils Once Again?

The Manchester United players looked worn out after the match as they made their way to the team bus. They just had experienced the first days of the Russian winter, and in CSKA Moscow, played a team that took them to the brink of defeat. Despite the fact that Manchester United controlled the ball for most of the game—Manchester United possession was 72% according to Sky—it was actually the Moscovites who appeared to be the more likely team to take away the victory. CSKA not only took the early lead when Seydou Doumbia scored from a rebound after Roman Eremenko failed to convert his penalty, but also had the more dangerous opportunities.

In the end, however, Manchester United were able to equalize the game after Martial, who all night had waged an intriguing battle with CSKA’s Mario Fernandes, scored after a wonderful cross from Antonio Valencia. The Manchester Evening News later called United’s performance “an efficient effort”, but in truth, Manchester United’s possession football—a typical feature of Louis van Gaal’s football teams—rarely produced something feasible, and was certainly not efficient.

Furthermore, CSKA’s counter attacks, which were often instigated by long balls from CSKA’s defence pair Sergei Ignashevich and Vasili Berezutski—due to an injury, he was replaced after 42 minutes by his twin brother Aleksei—often found the speedy attacking players Doumbia or Ahmed Musa. Both caused severe problems for Phil Jones and Chris Smalling, Manchester’s defensive pair.

In many ways the game in Moscow will be the blue print for CSKA Moscow’s coach Leonid Slutskiy as he will attempt to gain at least a point in Manchester as well. Manchester United have the slight advantage in from of a home crowd and are expected to win by a goal.

But, perhaps the game in Manchester will be a much more open encounter as both teams need a win to keep up with VfL Wolfsburg, who are currently first in Group B of the UEFA Champions League with six points, closely followed by both CSKA Moscow and Manchester United with four points each. Hence, the winner of the game in Manchester will have a huge advantage for advancing from the group stage, especially if Wolfsburg wins their match in Eindhoven against PSV.

As one organizer of CSKA Fans Against Racism told me “if CSKA Moscow plays physically like they did in the first half in Moscow, they have a chance to get one point or perhaps even all three points. You know we have always done very well in Manchester, and beat Manchester City last year. But if we play like we did in the second half [in Moscow] we will struggle a bit.” He also points out that the key will be in midfield “it will help to have Bibras Natkho back as he will stabilize our midfield.”

The return match will, therefore, provide spectators with an intriguing battle between Manchester United’s possession football, and CSKA’s counter attacking approach. In guiding Russia to the 2016 European Championships in France, Slutskiy has proven that he is very adept at using a rational tactical approach in order to get the most out of squad. The same was true for CSKA’s game against Manchester last Wednesday at the Khimki Arena. Now Slutskiy will want to prove that he can do it once again to get a good result against Manchester United.