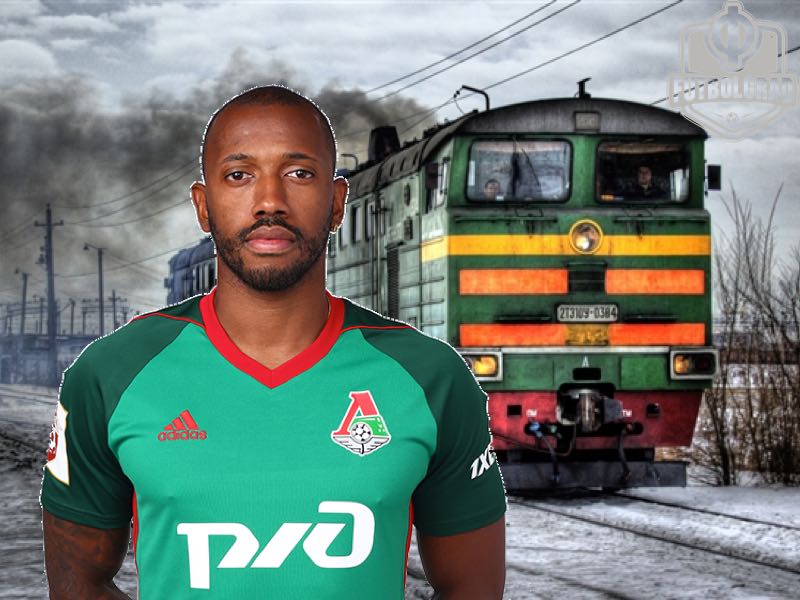 It was another impressive performance by Manuel Fernandes as Lokomotiv Moscow beat OGC Nice to advance to the round of 16 of the Europa League. The midfielder was a calming influence in the game and helped his side to complete the job that begun one week earlier.

It was in Nice that Manuel Fernandes burst on the scene and has people talking in his native Portugal. 2-0 down after the first 45 minutes Manuel Fernandes turned the result around on his paving the way for Lokomotiv to reach the next stage of the tournament.

Manuel Fernandes was the difference maker against Nice

In that first game, Nice’s Mario Balotelli had scored twice to give Nice a 2-0 lead. But it was the hardworking Manuel Fernandes that made Lokomotiv’s comeback in the first tie possible.

Just before halftime, Aleksey Miranchuk was brought down in the box and Manuel Fernandes stepped up and got the job done. The left-midfielder then put in an impressive work rate for Loko.

Yuri Semin’s side likes to operate in a 4-4-1-1 formation that can switch into a 3-5-2 formation with Manuel Fernandes playing the offensive part of the left without being a classic winger, however. Instead, the 32-year-old Portuguese midfielder operates mostly between the centre midfield and the just below the oppositions penalty box.

Furthermore, he likes to centre his runs forwards. As a result, he leaves room on the flank for the traditional wing-backs in Lokomotiv’s side, which allows the Railwaymen to switch back and forward between formations easily.

A perfect example of this is Manuel Fernandes’ second goal. Here the Portuguese midfielder pressed forward from the left-wing making an inwards run to tap home the tying goal. He then capped off a fantastic performance with a tremendous free kick goal that sealed the win for Lokomotiv Moscow in the first leg and paved the way for reaching the next round.

Doing everything he can to earn a seat on the plane to Russia. pic.twitter.com/vDVmjXXptY

The performance was enough to warrant questions on whether Manuel Fernandes would be a viable candidate for the Portugal squad that will travel to Russia next summer to participate in the 2018 FIFA World Cup. With the likes of Renato Sanches struggling on loan at Swansea City, there could be indeed an argument made that Manuel Fernandes should be part of the side.

The 32-year-old has now scored six goals in eight Europa League matches. But it is not just the success in Europe that have put Manuel Fernandes on the radar of Portugal’s national team coach Fernando Santos.

His side Lokomotiv have been the biggest surprise of the ongoing 2017-18 Russian Football Premier League season. With just ten games to go Lokomotiv are seven points clear at the top of the table on course to win their third ever Russian championship. The 2017 Russian Cup winner has played refreshing football under Semin, who has managed to forge a team of rejects in which Fernandes plays a key role. Manuel Fernandes has contributed five goals and six assists and has played all 20 games for Loko in the league this season.

Called up to represent Portugal against Saudi Arabia and the United States in November Manuel Fernandes is now on the World Cup train. But first, he has to ensure that he fires the Lokomotiv to their third ever Russian Football Premier League title to secure his ticket for the most excellent show on earth in the country that he currently calls his home.