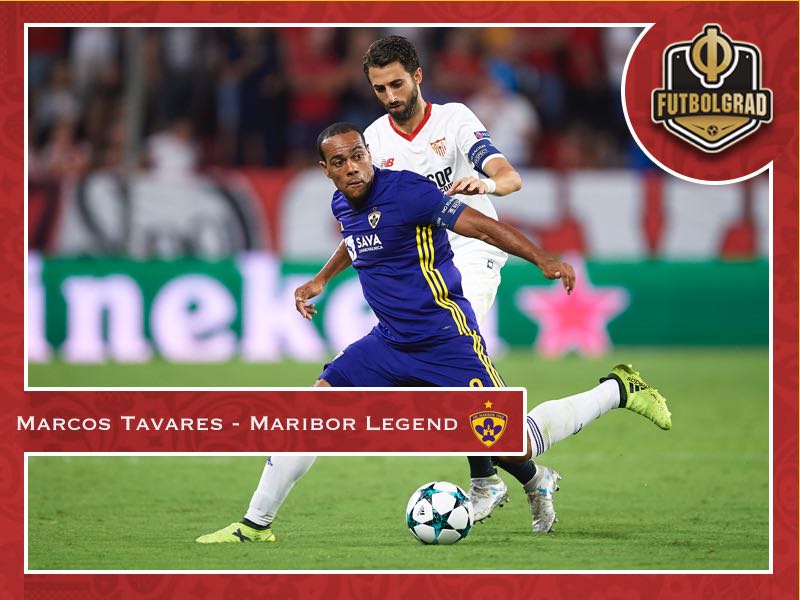 Marcos Tavares calls Slovenia home. He’s been calling it home for quite a while now. When asked whether he will stay in Slovenia after retirement his answer is always a resounding yes.

The Porto Alegre-born forward has been playing professional football in Maribor for the past decade and the extension announced by the club today makes sure he will stay until at least 2021.

The timing is not a coincidence, but rather a wise PR move as Slovenia’s most laureated team are looking for a feel-good story heading into the return leg vs FC Chikhura Sachkhere with no away goal in hand. The first leg of the 2nd qualifying round for this year’s edition of UEFA Europa League ended scoreless.

In fact, it was Marcos Tavares who came closest to breaking the deadlock but was denied by a combination of the hosts’ goalkeeper Dino Hamzić and the bar.

Marcos Tavares is a goal machine

With Chikhura’s net remaining intact, Tavares remains at an impressive tally of 184 goals in a whopping 474 total performances in purple. 140 of those goals have come in Slovenian top flight, which makes the 34-year old the all-time leading scorer in Slovenian domestic club competition. Tavares has a Slovenian passport and is fluent in the language but due to the fact he played in Brazil’s U-14 and U-15 squads he wasn’t able to play for his new homeland like his compatriot Eduardo da Silva who made his name in the chequered Croatian team shirt.

Tavares has a Slovenian passport and is fluent in the language, but due to the fact, he played in Brazil’s U-14 and U-15 squads he was not able to play for his new homeland. Hence, Tavares never was able to become the Slovenian equivalent of compatriot Eduardo da Silva who made his name in the chequered Croatian team shirt.

Whatever Tavares missed out on in international football, he made up in club competition. Marcos Tavares left Brazil at an early age of 19 to play professionally in Malaysia. 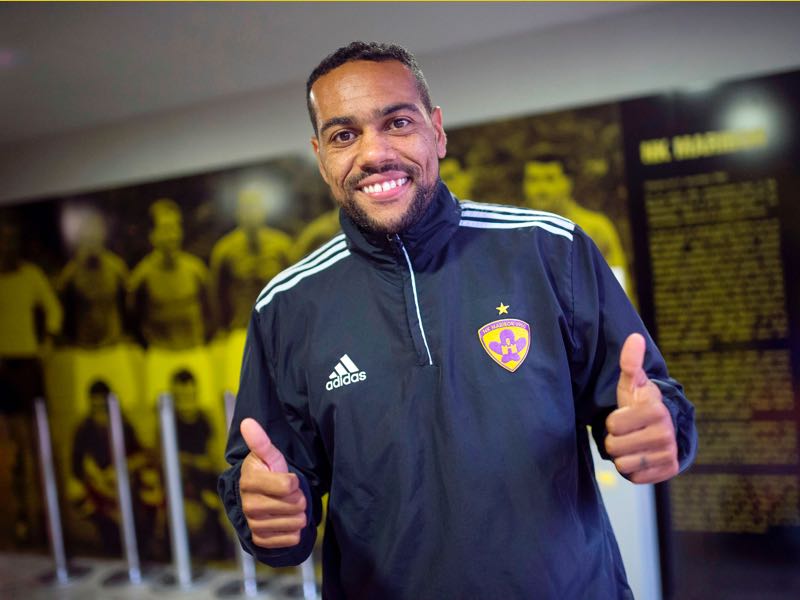 Three years later he would show up in Slovenia where he was welcomed by arguably the greatest of all time Slovenian football player Zlatko Zahovič who was starting his job as a director of football in a struggling NK Maribor. The pair would go on to win seven domestic titles in ten years with Tavares winning six “Purple warriors” which is a fans’ trophy given to the most distinguished player in the past year.

Tavares has guided his club to two Champions League appearances

However, the biggest success in the Zahovič-Tavares era have come on the European stage. In the last decade, NK Maribor managed to make it to the Champions League group stages on two occasions.

The 2014-15 edition, however, is the one Marcos Tavares will surely remember keenly as he was the hero that scored the winning goal that ensured a win over Celtic that took the team to the group stages for the second time in club’s history and the first time in 15 years.

Tavares will look for more of the same Thursday evening where a win is crucial if Maribor is to continue their European run. A second place finish behind Slovenian champions Olimpija Ljubljana last year, means that another Champions League appearance is put on hold for at least one season.

Antun Katalenić works as the current political affairs desk editor at Radio Študent Ljubljana, one of the oldest independent radio stations in Europe. Occasionally he writes about football. Almost never in Slovenian, frequently in Croatian for Nogomet+ but also in English for Box To Box Football and most recently The Football Pink and Futbolgrad.  Follow him on Twitter @AKatalenic