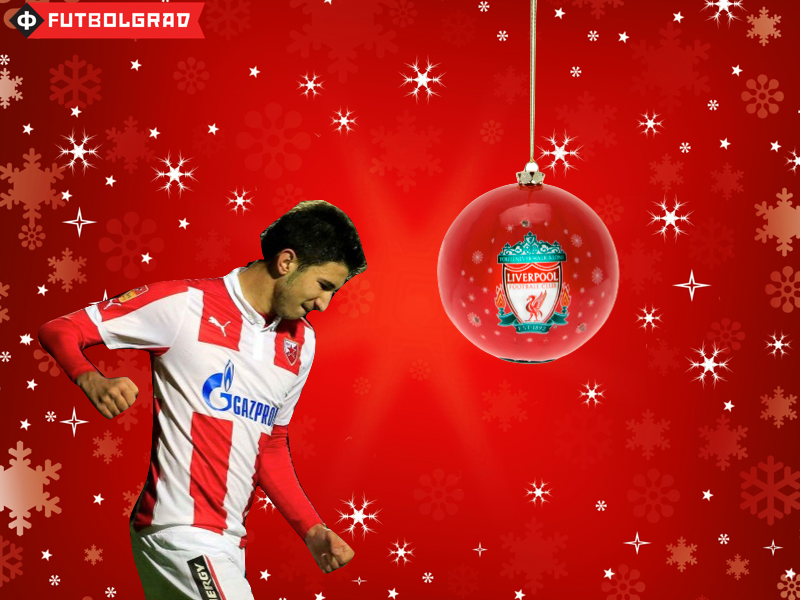 An account about the talented Red Star Belgrade midfielder and his dream move to the English Premier League was supposed to be the top football story in Serbia, but instead it became a soap opera with everything but the sporting elements of the narrative in the forefront.

Targeted by Liverpool FC, Marko Grujić was given an opportunity to fulfil his football dreams at the very beginning of his career. At the same time, the move was to provide a lifeline for his financially struggling club, who needed to sell in the athlete in order to survive and to meet UEFA Financial Fair Play requirements for a European licence.

Marko Grujić became the talk of the town when Red Star’s general manager Zvezdan Terzić went public to confirm that this young star would wear Steven Gerrard’s legendary number 8 at Anfield. His sensationalist claims placed a huge load of pressure upon young boy’s shoulders, and angered the Grujić family in the process.

And the Christmas soap opera had begun.

Who is Marko Grujić?

Marko Grujić is one of the latest young talents to emerge from the Red Star youth system. The 19-year-old midfielder has enjoyed steady progress over the past two years, but has made huge leaps to prominence in the past couple of months with his scintillating displays in the Serbian SuperLiga.

Mature performances and professional attitude both on and off the field have quickly made him a fan favourite.

As a genuine box-to-box midfielder, Marko Grujić, at a height of 192 cm., is a young athlete with an imposing physique. Often compared to Chelsea midfielder Nemanja Matić, this Red Star sensation is an intelligent football player with great vision and passing abilities. 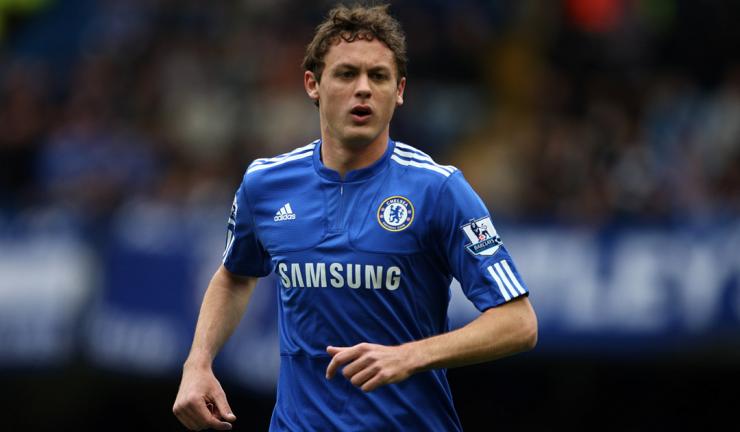 Grujić has often been compared to Chelsea’s Nemanja Matić – Image via FourFourTwo.com

Like his more famous compatriot, Marko Grujić is also elegant in possession. Strong on the ball, he, in addition, possesses great pace and stamina, and a powerful and precise shot.

Marko Grujić came through Red Star youth ranks, captaining throughout his generation. The pinnacle of his young career, so far, has been the 2015 FIFA Under-20 World Cup in New Zealand where Serbia were crowned World champions.

Grujić himself didn’t get much playing time in the competition though, as he notched five appearances in the group stage, in round 16, and in the quarter-finals.

His limited playing time in New Zealand was the consequence of Grujić not playing much for Red Star in the previous season. The reason why the boy with obvious football talent was not given the proper chance in his boyhood club has a long history.

Sensational, somewhat scandalous accusations have erupted over the past couple of days, with the boy’s father explaining the entire Liverpool situation to the media.

Going all the way back to the very start of Marko Grujić’s professional career, his protector, mentor, Neymar-like brand creator and father—Goran—has shed light on a couple of situations that will provide deeper insight into the first couple of episodes of this entangled soap opera.

The only Serbian club ever to be crowned the European champions, Red Star, have, in recent years, struggled financially, and were being forced to sell their young players in order to survive. This practice has become common in the recent history of Serbian club football in general, and Red Star are no exception to the rule—although young Marko Grujić appeared to be an exception for a time.

It is not that he wasn’t close to becoming yet another Serbian prodigy to be prematurely ejected to roam the European waters. Huge potential was recognized during his earliest years when, according to Grujić’s father, Red Star planned to sell his son to an investment fund two years ago.

Marko had the chance to move to Chelsea during the same period, but the family decided that it would be best for him to stay in Serbia and gain experience before heading out over the border. Unhappy with the family’s decisions, Red Star apparently turned their back on the player by forcing him out.

In 2014, he was loaned to Kolubara to play for the Serbian minnows on a dual ownership agreement. With one foot out of the club, Marko Grujić was quick to demonstrate his quality, and attracted attention from a number of European clubs. A €1.5 million transfer to Hamburger SV was touted, and the former Red Star management seemed willing to make an about turn in its usual business approach. Marko Grujić was recalled and offered a long-term contract that would see him in the Belgrade club until 2018. It was also promised that he would become a key member of the team—the main pillar for the manager to build his play around.

What he got instead, the father claims, was “blackmail”. When the family once again responded to the club’s pressure in a negative manner, Marko Grujić was threatened with being kept out of games under the new manager Miodrag Božović at the beginning of the season.

Patient, calm, and undeterred in his intention to prove his worth, Marko Grujić shone every chance he got.

It took him only a couple of minutes per game to convince Miodrag Božović to dismiss the “instructions” and give the boy a chance. When he excelled, everybody wanted to take the credit and, most importantly, to “take a piece of the cake for themselves”, claims Marko’s father, Goran. 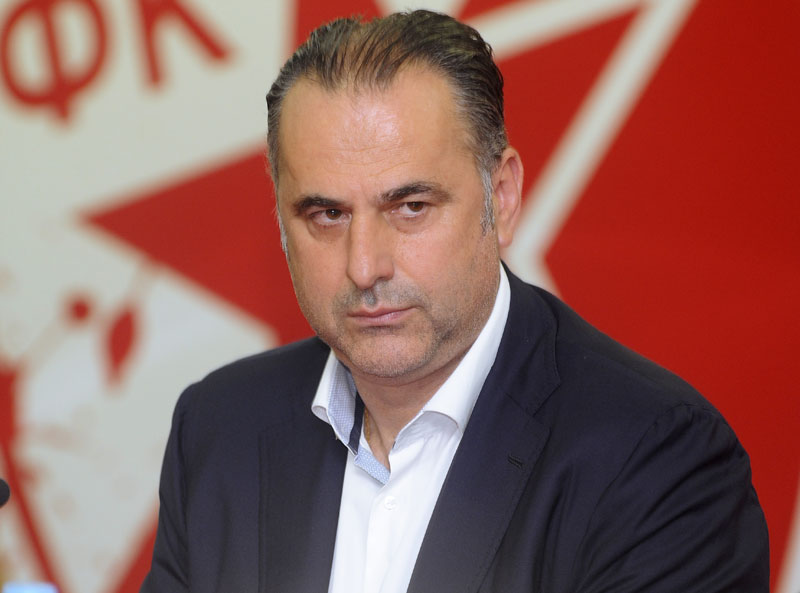 Miodrag Božović has been able to get the best out of Grujić – Image via Novosti.rs

His words were quickly met with the official statement from the Belgrade club.

Red Star have publicly confirmed that they received three offers for Marko Grujić in the last ten days. An offer worth €2 million was received from R.S.C. Anderlecht, one for €5 million came from VfB Stuttgart, and finally one from Liverpool which is worth €7 million with 10% from the future sale of the player.

With its financial struggles and a total debt of €35 million, Red Star have voted unanimously to accept the bid from England and to sell their talented midfielder to Liverpool. The club claim to have negotiated for Grujić to remain with Red Star on loan until the end of the season in order to fulfil the family’s wish that Marko to win the title with his club and to help Red Star on their way to the Champions League.

The club have hence willingly given up on €1 million for the loan, stating that “All of those working against the interests of the club should take responsibility for its future”.

The Serbian public and Red Star fans in general have been disappointed with how the things are turning out, but have not taken sides in the matter. Grujić’s father has been criticised for his behaviour toward the club, and for the fact that he confiscated his son’s passport, (refusing to let his son go to England where “Marko will be ruined”).

Red Star will be paying €1 million for a loan back deal to Liverpool, in which they guarantee Liverpool that Grujić will start in least 15 matches. This, however, has been criticised in Serbia as it gives the player a free pass.

Red Star have finished the calendar year with 62 points to their name, 25 points ahead of second-place Čukarički. Their greatest rivals, Partizan Belgrade, have been a major disappointment this season, having amassed only 36 points after 22 rounds, (which was enough for 4th place in the Serbian SuperLiga table).

With one hand on the league trophy, Red Star will pay Liverpool a million Euros for the remainder of the Serbian season, but most importantly, Marko Grujić’s loan does not include the beginning of the Champions League qualifying process.Building your team’s play around the player who will leave in the crucial moment, is not being viewed as the shrewdest of business decisions.

In the most unpleasant turn of events, Grujić’s father was involved in a car accident only one day after the entire public stunt, while his son was vacationing Montenegro. The next episode of Serbia’s hottest soap opera will most likely be aired after Christmas. Stay tuned.