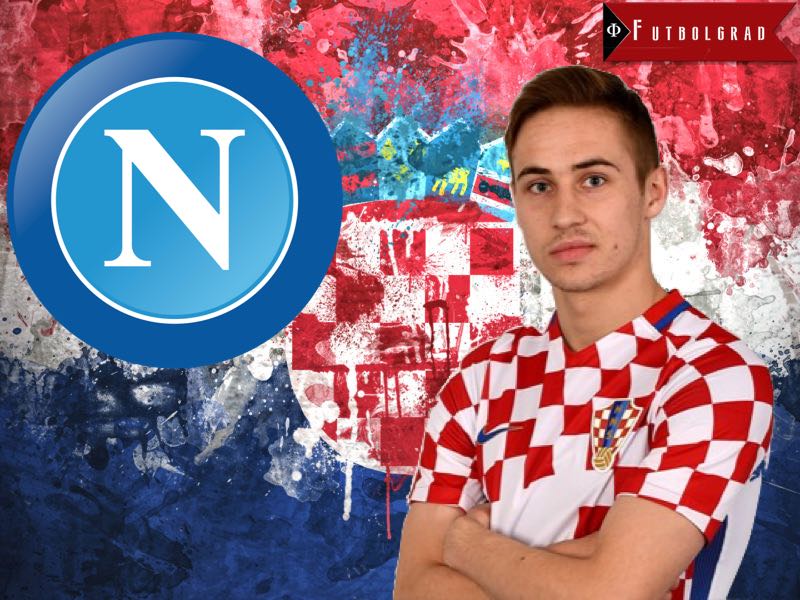 On July 26, 2016, Napoli fans had their hearts broken by the announcement that prolific striker and club hero, arguably the Argentine successor to Maradona’s throne in Naples, Gonzalo Higuaín (read more about the story here), had signed a 5-year-deal with rivals Juventus, after his buyout clause of over €90 million was met by the Old Lady, as Juventus is often called in Italy.

Napoli, to their credit, took no time when it came to reinvesting in their squad—notably snapping up Polish international, Arkadiuz Milik for €32 million from Ajax Amsterdam, centre midfielder Amadou Diawara for €14.5 million, from Bologna, and Udinese’s Polish midfielder Piotr Zieliński for €14 million, defender Lorenzo Tonelli for €10 million from FC Empoli, and on the final hour of the transfer window the club signed Nikola Maksimović from Torino—altogether the club spent €73.5 million in the transfer window.

But perhaps the most exciting player that Napoli has brought in is the Croatian, Marko Rog. Rog has been signed on loan from Dinamo Zagreb for a year at the cost of £1.28 million, and the Italians have an option to buy the player at the end of the season for £10.7 million.

GNK #Dinamo and @sscnapoli have reached an agreement on transfer of Marko Rog! https://t.co/KwQ8HvpUZ2 pic.twitter.com/xQOycCFMGy

While Rog hasn’t commanded the immense fee that someone like Milik has, it would be incredibly foolish to write off a player who certainly has the potential to truly light up the Serie A and play a pivotal role in the future of Croatian football.

Marko Rog was born in 1995 in Varazdin, a small Northern Croatian village close to the Slovenian border. Rog showed promise from an incredibly early age, and started his youth career at NK Nedeljanec, before being signed by his hometown team VŠNK Varaždin at the age of eleven and debuting for the first team only six years year. After an impressive first season with Varazdin, Rog was signed by the Dalmatian side RNK Split.

During the club’s European Qualifying campaign that year, Rog led the line alongside the seasoned striker and fellow Croat, Mate Bilić. Victories against Armenia’s FC Mika, the Israeli side Hapoel Beer Sheva and Chornomorets Odessa from Ukraine, saw RNK pitted against the Italian side, Torino, in the Europa League playoffs where they narrowly lost out on aggregate, succumbing to a first half Omar El Kaddouri penalty at the Stadio Olimpico Grande Torin.

Despite their European exit, Rog still shone incredibly brightly in the domestic league that season, making 44 appearances and scoring 9 goals, thereby earning himself a transfer to the Croatian giants Dinamo Zagreb.

At Dinamo, Rog truly began to flourish as an attacking midfielder, acting as Dinamo’s number 10. In 62 appearances for the Blues over two seasons, Rog picked up 11 goals and 6 assists.

Quite clearly, Rog thrives under pressure and produces in the big matches. During Dinamo’s Champions League qualifiers Rog scored five goals in 12 appearances, playing both as a playmaker, and also in a more defensive role in midfield. This season in particular, Rog played a key part in Dinamo’s successful qualification for the UEFA Champions League group stages, scoring 3 goals in 6 matches.

Rog’s long range shooting and free kicks are particularly impressive. One only has to look at the recent highlights in Croatia’s Eternal Derby, where he almost single handily put Hajduk Split to the sword, scoring a delicate half-volley and a stunning free kick to complete the 4-1 rout at Stadion Poljud in Split.

Marko Rog is a versatile footballer, who can play almost anywhere in midfield

In Rog, Napoli are not only acquiring an intelligent young Croatian playmaker, they are also gaining a very versatile footballer who has the potential to play almost anywhere in midfield and behind or alongside the front line.

Another standout characteristic is Rog’s immaculate dribbling ability. Standing at 180cm, Rog possesses not just surprising strength in possession of the ball, but also a graceful first touch which has proven so useful in finding assists and important passes, and in preventing the breakdown of Zagreb’s attacking build-up.

Rog was also given a place by Croatia’s national team manager, Ante Čačić, in Croatia’s European Championship squad, serving as their third youngest player, which shows how much respect the player commands even though he lacks international experience.

Rog was also one of only three players included in the squad who played their football in Croatia’s domestic league. His selection over Ex-Barcelona and current 20-year-old Hamburg prodigy, Alen Halilović, who in the build up to the European Championships was playing at a higher standard in the more competitive La Liga for Sporting Gijon, clearly demonstrates how highly Rog’s stock has been regarded.

For Napoli, Marko Rog isn’t just a player who can provide excellent backup for players like Lorenzo Insigne, Dries Mertens and super star Marek Hamšík, but rather one who, over the next few years, can truly develop into a world class talent capable of leading I Ciucciarelli, as Napoli is called in Italy, to greater heights, and help them to forget all about that nameless Argentinian striker who recently jumped ship to Juventus.