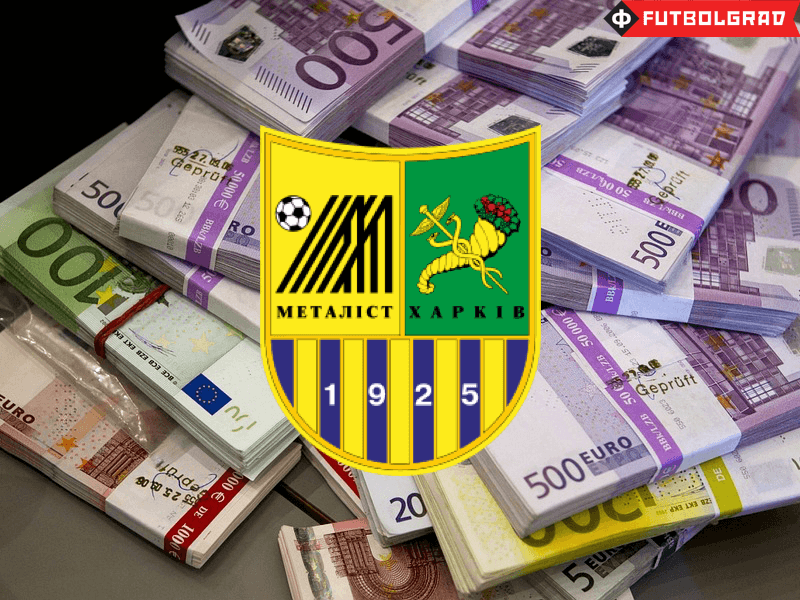 The uncertainty at Metalist Kharkiv continues. On April 18 the Ukrainian Premier League team—they are currently tenth on the table—announced that they had fired head coach Aleksandr Sevidov.

The move was made after Metalist suffered heavy defeats in recent weeks—a 5-0 derby loss against Dnipro Dnipropetrovsk on April 16, and an 8-1 defeat against Shakhtar Donetsk on April 1.

Following the game against Shakhtar, Tribuna reported that head coach Sevidov was taken to hospital. Sevidov then missed the derby against Dnipro Dnipropetrovsk, which ended in the above-mentioned 5-0 defeat.

Matchday.ua reported that sporting director Aleksandr Boytsan flew to Moscow to convene with Metalist’s controversial owner Sergey Kurchenko. Kurchenko is currently wanted for on corruption charges, as the businessman was closely associated to the former Ukrainian President Viktor Yanukovich, and therefore resides in Russian exile. Yet it appears that he still remains in control of his club.

Sevidov meanwhile learned about his dismissal while being in hospital where Tribuna reached the coach for a comment. “I am dismissed? The club must comment on the situation. I am in hospital for treatment. As you can see my health does not permit me to work as a coach at the moment.”

Yet the situation became even more bizarre as Tribuna would then state that the management had not only dismissed Sevidov, but was indeed in the process of firing all players from the first squad as well, effectively dissolving the club.

According to Tribuna, Metalist will dissolve the first team, and then finish the season with the second team under the leadership of youth team coach Aleksandr Prizetko. It has since emerged that the reason for these drastic measures are suspicions of match-fixing.

Ukrainian journalist Roman Bebekh told Matchday.ua that the match against Dnipro especially was under suspicion. Bebekh also claimed that Sevidov “knew what was going on”, and that his condition was due to the fact that he was under stress from the knowledge that his team had to throw the above-mentioned matches.

Bebekh also stated that one of the Metalist players told him before the Dnipro match that “they can fix the amount of goals needed for any bet.”

As a result of this scandal Metalist have now purged players from the first team of the club, and named 23 youth team players to the squad, which will face Stal Dniprodzerzhynsk for the first time this weekend.

Match-fixing is sadly a common phenomenon in Ukrainian football, as players from financially weaker clubs are forced to supplement their wages by throwing games for betting companies.

Most clubs in Ukraine either turn a blind eye to the problem, or even endorse it, as they can supplement the club’s budget by selling games. But Metalist, along with Zorya Luhansk, had already suspended players involved in match-fixing last December. Hence, club officials must have felt that the widespread culture of match-fixing among its players was unfixable and that the club needed to be rebuilt.

But together with the financial problems plaguing the club Ukraine’s biggest could seize operations at the end of the season. Making it likely that Kharkiv—Ukraine’s second largest city—will be without Premier League football next season.