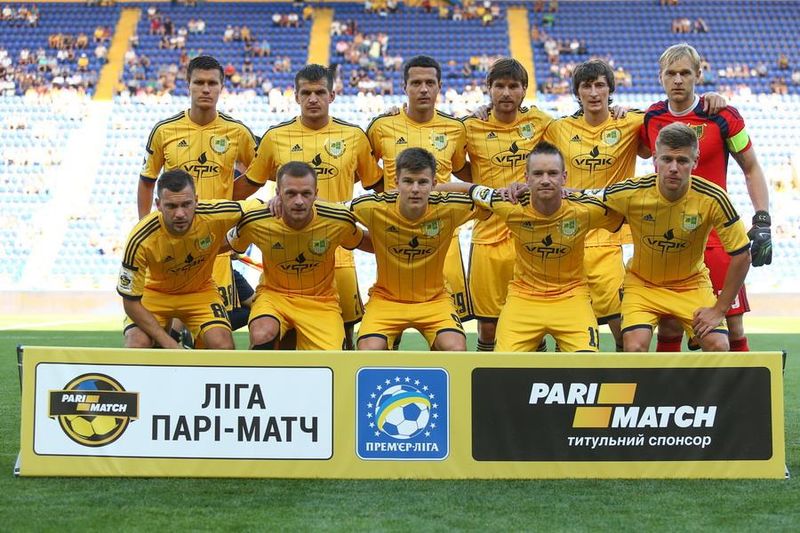 According to the Ukrainian based sports page Tribuna.com, former Metalist Kharkiv owner Oleksandr Yaroslavsky remains interested in regaining control of his former club. When asked, at an economic investment forum in Kharkiv, whether or not he wanted to purchase the club, Yaroslavsky said “of course”. But he also added that at the moment no time frame has been set: “It is a secret. Give me a break, a decision will come in due course.”

Yaroslavsky sold the club under mysterious circumstances in December 2012 to the than relatively unknown businessman Serhiy Kurchenko. Kurchenko, was listed at the time as the owner of gas company Gaz Ukrainia and was regarded by some as a somewhat enigmatic figure (and a billionaire at the tender age of 27, no less). Speculation was rife that the club were merely to serve as the front for questionable business activities that involved the former Ukrainian president Viktor Yanukovich.

Shortly after the takeover of Metalist Kharkiv Gas Ukraine became rebranded as VETEK and its new ownership group made hot-air promises to fans and the municipal authorities who owned part of the stadium. “I don’t want to look at Donetsk Shakhtar and Dynamo Kyiv’s back; I don’t want to celebrate the bronze medal in the Ukrainian Cup every year. I want to hear the Champions League anthem at our stadium. Our goal is to win the championship within three years and to bring a European trophy to Kharkiv within five.”

Three years later the club had neither reached the group stages of the Champions League nor had they won any silverware. Kurchenko’s close relationship with the former Yanukovich regime also meant that he was forced to flee the country after the 2014 Ukrainian revolution, which had led to the disposal of Viktor Yanukovich and his cronies. As a result, many of Kurchenko’s assets have now been frozen due to sanctions imposed by the West and by the new Ukrainian government, or sold to other companies.

But, even after all of his recent reversals, Kurchenko has been reluctant to sell Metalist. When he spoke to to Tribuna.com on September 2, Igor Rainin, the Chairman of the Kharkiv Regional State Administration, said: “Kurchenko is not ready to sell the club,” and added that “Kurchenko has been unwilling to finance the current operations of the club.”

In response to further questions regarding Kurchenko, Rainin replied, “Kurchenko is a criminal,” and went on to say that even though Kurchenko was a wanted man, the regional administration could not take the club away from him: “You see, there is the concept of de jure. We cannot take the club, and nationalize it. This is wrong, and I do not advocate it.”

At the same time Rainin pointed out the importance of Metalist to the region, and to Kharkiv: “The football club Metalist is more than just a sports team. I have respect for the sports part of the club, and will contact with the sporting director and the head coach Sevidov. The team has to play, and as long as we are able we will support the club’s administration.”

Before this season began, the club was forced to sell much of the backbone of its squad and, after six matches, Metalist are currently in eighth place in the Ukrainian Premier League. With funds in short supply, The fact that Metalist currently has five players from Donetsk on loan deals in their squad and also the close present-day business ties between the Donbass region and Kharkiv, suggest that the club has diminished significantly from its position as a title challenger. Instead Metalist Kharkiv has, for the time being, succumbed to the status of farm team to Shakhtar.