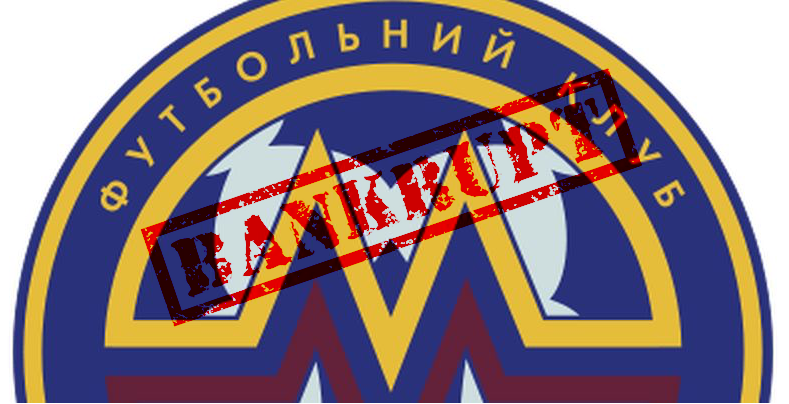 Football Club Metalurh Zaporizhya are no more. As Futbolgrad reported earlier this month, on September 9 the club’s management announced on their official website that, starting October 1, they will no longer finance the club due to “the worsening economic and political crises in Ukraine.” Yesterday, the news broke that club officials had sent a letter confirming the worst to the Ukrainian Premier League that Metalurh would be withdrawing from the competition.

The last weeks of Metalurh’s existence were chaotic. On September 25, the television channel Futbol 1 reported that the club management was set to hold a meeting with players and coaching staff later that day to announce the dissolution of the club.

These rumors were quickly denied by Metalurh manager Anatoliy Chantsev, who told Futbol 1: “This is the first time I’m hearing about this. Today the day went by as usual, we had a training session. There was no news about this matter.”

Roman Akbash, Metalurh’s press secretary, also dismissed the reports. On his Facebook page he wrote that not only had the players not been let go, they had even been paid. Nevertheless, he added “this post does not mean that Metalurh’s problems have suddenly disappeared, just that today, contrary to media claims, the club has not been dissolved.”

Akbash and Chantsev were correct on both counts. The club did indeed survive that day, but its problems were far from over.

On September 30, the day before their dissolution, Metalurh striker Ruslan Platon gave an interview to football.ua that revealed the state of confusion at the club. According to Platon, the club president met with players and told them that no crucial decisions about the fate of the club had been made.

He also confirmed that the club owed money to their players, but that these debts had partially been paid. Platon ended the interview on a positive note, saying “Despite everything else, we have to remember that this year the club is celebrating its 80th anniversary, and I don’t think that during a year with such a meaningful date, a catastrophe can occur.”

But the catastrophe did occur. The same day that Platon’s interview was published, Chantsev revealed that he had been sacked, and on the following day Metalurh ceased to exist.

The Ukrainian Premier League is now down to 13 teams, its lowest-ever total. This follows a summer of negotiations and rumors of a reorganization of the league structure that would include decreasing the number of teams. These reforms never materialized, however, and the number of clubs remained at 14.

Now, there are doubts that even 13 will be left by the end of the season. According to a memorandum signed by all Ukrainian clubs before the start of the season, at the end of 2015 all clubs have to clear their debts before the Ukrainian Premier League or be forced to withdraw. Given the overwhelming financial problems facing Metalist Kharkiv and the perpetual crisis at Hoverla Uzhhorod, it will be no surprise if the number of teams in the top flight of Ukrainian football decreases even further.