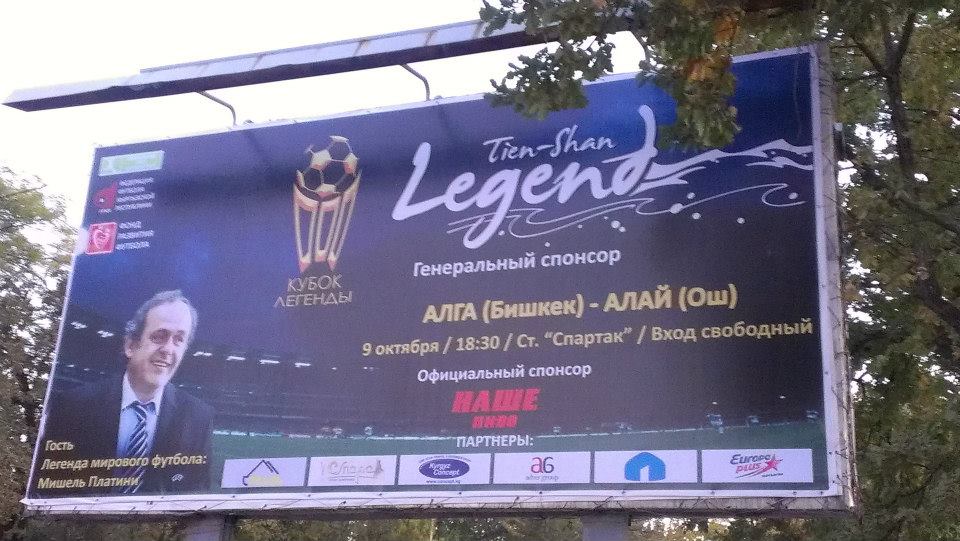 It was a cool autumn night, and Michel Platini was in town. Yes, that’s right, the only man to have won the Ballon d’or three times in a row, hero of the 1984 European Championships turned scheming Eurocrat, the No.10 to end all No.10s.

Perhaps this wouldn’t have been so out-of-the-ordinary if the town wasn’t Bishkek, a rundown former Soviet capital in the mountainous, landlocked backwater of Kyrgyzstan, a country that borders Kazakhstan to its north, Tajikistan to its south, China to its east and Uzbekistan to its west. 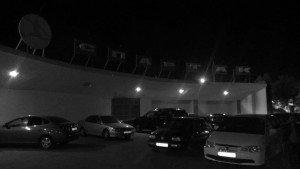 Normally my fellow expatriate, who hereon in shall be referred to as McGrump, and I would be watching football in the comfort of one of Bishkek’s “sports pubs”, tuning into a scrambled broadcast of Sky’s Super Sunday as the gladiators of the English Premier League do battle at Rupert Murdoch’s behest.

But this weekend was different. This weekend, in celebration of the visit of the UEFA President to the Central Asian region (nothing to do with the 2015 FIFA elections he assured journalists later), we were bracing the nippy climes to watch the Cup of Legends, a meaningless friendly match apparently put on for the benefit of our special guest from France.

But the only legend for miles around was Platini himself. Kyrgyz football had long ago descended into an existentialist state. Despite the fact that during Soviet times no team from Kyrgyzstan had ever played in either of the two Union-level leagues (Uzbekistan’s Pakhtakor yo-yoed between the Supreme league and the Soviet Top league), fans of a certain vintage say domestic ties used to at least be watchable. Back in yore, the teams of the day were Alga, based in the northerly capital Bishkek, and Alai, located in the southern city of Osh. These were the same “legendary” clubs that had been wheeled out for this exhibition match.

But like Nottingham Forrest and Burnley, Alai and Alga had seen better days. In the era of globalization, their domestic preeminence had been seized by a club belonging to Central Asia’s largest wholesale bazaar, and another team owned by the country’s biggest beer producer. While these playthings of the free market could afford Ghanaian strikers and cut-price Serbian defenders, Alai and Alga had to make do with an ever-thinning stream of funding from their respective city councils, since games here are free to attend.

If the Cup of Legends had any spice at all, it was because it pitted the North against the South. The journey from Alga’s Bishkek to Alai’s Osh can be made in 45 minutes by plane. But by road it takes up to twelve hours, a fact explained by the multiple 2,000 and 3,000 metre passes the nation’s main highway has to climb over on the way. Faced by these soaring geological obstacles to unity, it was perhaps not surprising that when Moscow withdrew, the Kyrgyz Republic became, to pardon the cliche, a country of two halves.

For if in the Soviet period any North-South rivalry was expressed mostly in football matches, nowadays it was expressed in politics. Just days before Platini’s arrival, Kamchibek Tashiev, a nationalist politician from the South, had tried along with a couple of hundred supporters to overthrow the mainly northern government in Bishkek. A roly-poly-shaped man who was once the president of the country’s Boxing Federation, as well as a former Minister of Emergency Situations (the irony!), he had led his mob over the black iron gates surrounding the country’s parliament dressed in his suit and tie, running like the wind into a pack of watching teenage soldiers too frightened to raise their rifles at such an important man. In the end, order was restored.

That had been a whole lot more entertaining than anything Alga and Alai were serving up. The dull football fare was made worse by the fact that the Russian announcer, almost certainly a few pints to the good, insisted on reading chunks of Platini’s Wikipedia page over screeching feedback during the game.

“Michel Platini… was born on June 21, 1955, played for Nancy, Saint Etienne and Juventus, the only player to win the Ballon d’Or three times in a row…” 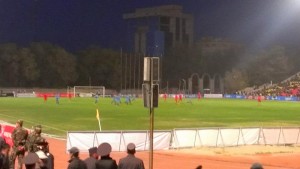 Eventually Alai got the first goal, putting the cat among the pigeons. Being at the other side of a poorly lit ground it was difficult to see what had actually happened. Perhaps that was going to be part of Platini’s pitch to the Kyrgyz Football Federation: floodlights for votes.

But the southerners weren’t in front for long. Much to the delight of the home crowd, Alga pulled level just minutes later. The Ukrainian Pavel Sidorenko, probably the highest profile player on the pitch, kicked and elbowed his way through a goalmouth scramble to slot home.

McGrump, caustic by nature, wasn’t impressed by how Alai’s custodian had dealt with the cross leading up to the goal. “Look at that fockin’ keeper. Fockin’ rubbish. He’s four foot fock all for fock’s sake,” he hissed.

But if Sidorenko’s first was a bit scrappy, his second was a goal to savour. Bursting into the box with timing that Michel himself would have been proud of, he powered a header from fifteen yards into the roof of the net, above and beyond the flailing midget goalkeeper. Have it indeed.

The east stand, full of students from the Kyrgyz National University that had been told by their rector to fill the stadium, was making an appreciative din. If Sidorenko had had an ounce of pace he would surely have been knocking on the doors of the richer Kazakhstani league by now. As things were though, he was a B-List Mark Viduka – decent touch, neat finish, and something of a barracuda in the small pond of FC Alga, but destined to spend his peak years in Kyrgyzstan.

We didn’t have long to muse over Sidorenko’s limitations before Alai found a reply, sending the home fans into silence and the game into penalty kicks. 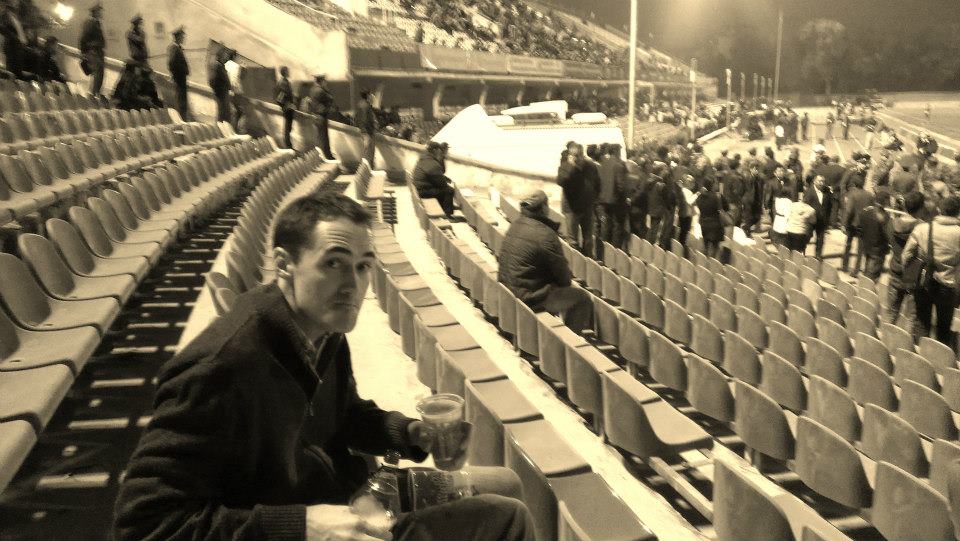 In the end the southerners won the shootout, collecting the trophy from le man himself. As we knocked back our pints of Zhivoye beer – sponsors of the match, the league, the second best team in the league and the local footy newspaper – the announcer thanked Michel Platini for attending and stuck on Edith Piaf’s “Je ne regrette rien” at a volume so loud it made the ground below our feet vibrate.