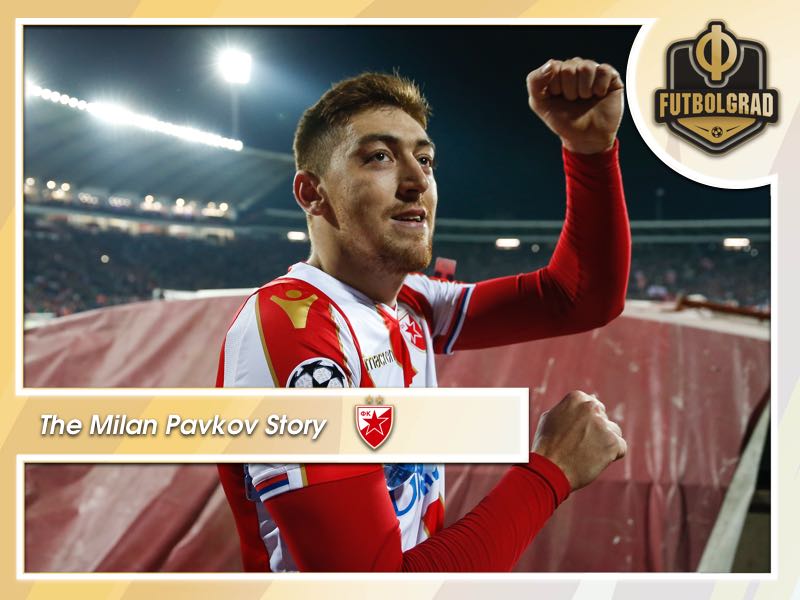 When Crvena Zvezda head coach Vladan Milojević started shaping up his European squad at the beginning of the 2018-19 season, Milan Pavkov was still relatively unknown even by the Serbian media.

Former European and world champions Crvena Zvezda – otherwise referred to as FK Red Star Belgrade – had been yearning in anticipation of the Champions League nights for roughly a quarter of the century. With Vladan Milojević at the helm, the long-lasting dream would become a reality mere months after the club had commenced yet another long road to Europe.

Latvia side Spartaks Jurmala were dispatched with ease in July 2018 as Crvena Zvezda began their climb from the Champions League first qualifying round. Suduva Marijampole from Lithuania got thumped by a 5-0 aggregate victory as Crvena Zvezda scheduled a meeting with Spartak Trnava in what was the penultimate step to reaching the Champions League.

The 24-year-old forward Milan Pavkov would watch from the sidelines, and the substitution bench as his team went from strength to strength on the back of an impressive stretch of the form displayed by Nemanja Radonjić – now an Olympique de Marseille forward – hoping his own time to shine would come.

His eyes oozing composure of an experienced veteran would not give an ounce of anxiety. His phlegmatic nature would prove to be his ally later on as Liverpool supporters would wholeheartedly attest.

Widely considered a back up for Radonjić, the former Olympiacos forward El Fardou Ben and later on the Crvena Zvezda returnee Richmond Boakye, Milan Pavkov waited. And he would ultimately be rewarded for his patience.

With Crvena Zvezda moving past Spartak Trnava on the back of a 3-2 aggregate result, Milan Pavkov stepped onto the scene in the Champions League play-off round against FC Salzburg to emerge as a cult hero and to become an urban legend with Crvena Zvezda’s most faithful.

The towering striker missed the home game, having been forced to watch his team clinch to a goalless draw from the bench but all it took for him to become a legend was 45 minutes in a historic return leg at Stadion Salzburg on August 29.

The Novi Sad-born striker was brought on in the 49th minute to replace Nemanja Milić as Vladan Milojević hoped to do the impossible. Crvena Zvezda were two goals down and, in his act of desperation, the coach threw all his cards on the table.

With Ben, Radonjić and Milan Pavkov all on the pitch, the ultimate offensive commenced and his desperate gamble paid off. Ben’s brace, scored within a minute around the hour-mark sent the game into a nail-biting finish with Crvena Zvezda grabbing the elusive Champions League spot on away goals. 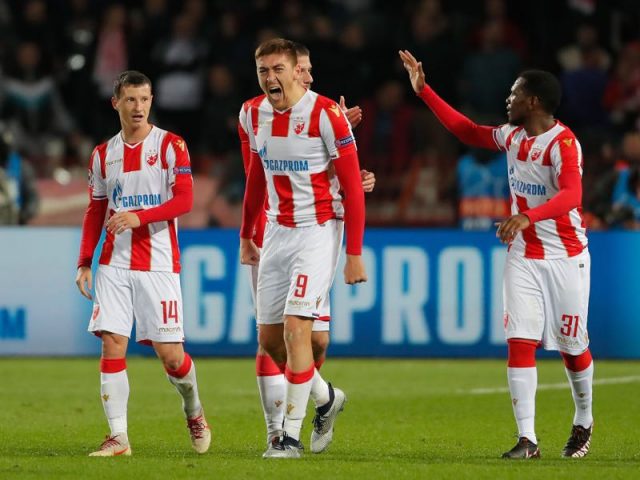 The historic comeback would not have been possible hadn’t it been for an incident when Croatia international Marin Pogrančić stomped onto Milan Pavkov and sent the blood rushing from his forehead, however.

In this moment of madness which press inevitably coloured into a nationalistic tone and portrayed as an intentional attempt of a Croatian footballer to injure the Serbian, the innate resilience of the club described as ‘pride of Serbia’ seemed to have been sparked. The reaction of Pavkov and his fighting spirit spilt over to feed the rest of the Crvena Zvezda side as the striker charged forward with his battling example.

With full’time whistle blown and his team celebrating the historic triumph that saw them return – or better yet reach Champions League for the first time in their history – Milan Pavkov was rushed to the hospital to have his wound stitched up. And that is when the Pavkov cult was born.

Who is Milan Pavkov?

Heading into the new season with a resounding self-esteem, Milan Pavkov was determined to make his dream come true. Five goals in 10 Superliga appearances are at the moment standing as a reward for his tenacious resolve. A brace against Liverpool, however, is the ultimate prize for a man who laughs in the face of adversity.

Milan Pavkov was born in 1994 in Begeč, a municipality in the city of Novi Sad, boasting not more than 3,000 residents. He started his professional career at FK Novi Sad in 2012. Without a single game in the first team, he moved to ČSK Čelarevo where 26 goals in 54 appearances would earn him a move to Vojvodina – the third biggest club in Serbia after Crvena Zvezda and Partizan.

Pavkov failed to gain ground in his hometown’s club and was sold to Radnički Niš is 2016 where Crvena Zvezda took notice of him and brought him a year later.

The player paid €300,000 for caused little to no fuss on his arrival to Stadion Rajko Mitić, and the combination of injury and fierce competition for places made it ever so difficult for Pavkov to prove his worth. Crvena Zvezda sent him back on loan to Radnički Niš where 23 goals in 33 matches made him the second-best goalscorer in Serbia behind Crvena Zvezda’s Aleksandar Pešić. 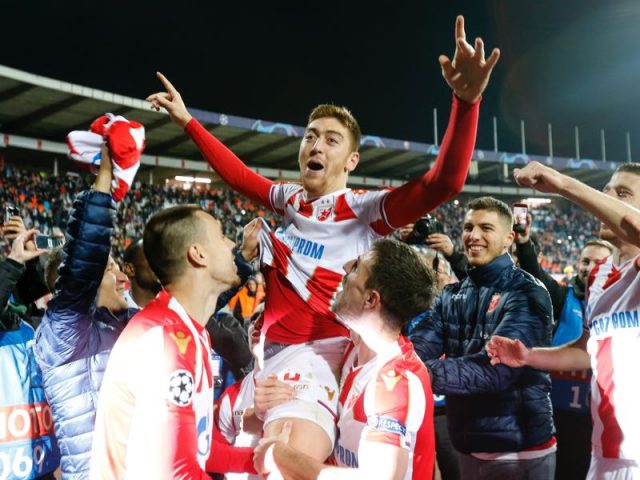 With Pešić leaving for Al-Ittihad in 2018 and Milan Pavkov back from his loan spell, the striker was included in the 20-man squad for the first leg of the Champions League qualifying which is where his road to glory began. Much to his testament, getting Vladan Milojević to notice him was a difficult thing to do but self-belief and support from his closest ones pushed him forward at all times.

“All of this is just a dream I believed in, even though I always knew it wasn’t realistic that any of this would ever happen. Now it all came true, and I got the ultimate confirmation that you have to believe in your dreams”, Pavkov spilt in a single breath after the historic brace against Liverpool.

At the moment, Pavkov is filling the headlines following Crvena Zvezda’s triumph over the Champions League finalists Liverpool and is strengthening his cult status with the supporters.

He has already drawn comparisons to a former Crvena Zvezda legend Nikola Žigić and his goal in the 3-1 Europa League against AS Roma in 2005. The likeness between the two exceeds the goalscoring exploits in rare glorious European occasions that become embroidered in the club folklore but also encompass the physical resemblance and the nonchalant elegance in their style of play.

But most importantly, it is the unconditional love they both enjoy from Crvena Zvezda supporters that stands as the single denominator linking the two unlikely heroes together.

A holder of Master’s degree in English language and literature, Miloš Marković worked as the Editor-in-Chief at Sportske.net. He now contributes to various outlets as a freelance journalist. He also is a member of the Guardian Network and a FIFA correspondent for Serbia. Passionate about English language and football, Miloš Marković is also a huge Liverpool fan. You can find him on Twitter @MilosMarkovic.