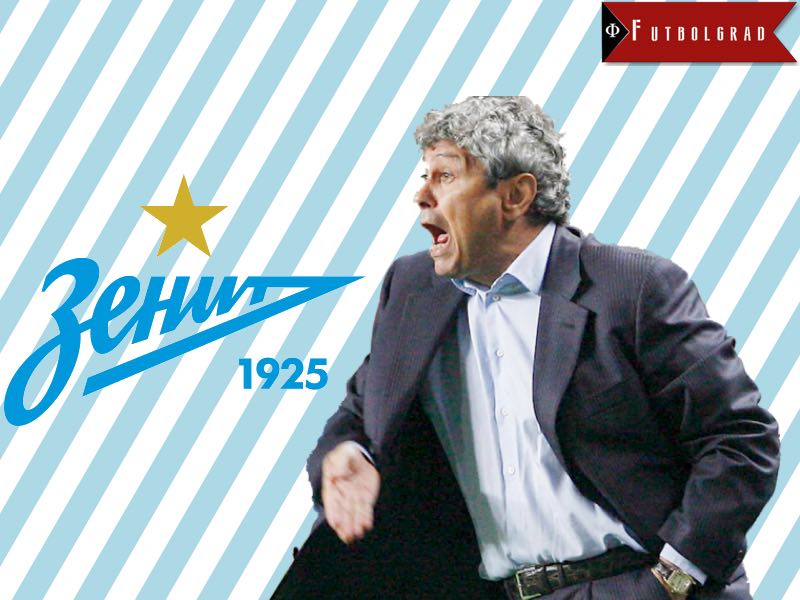 Spartak’s triumph on Sunday night against Zenit Saint Petersburg could prove to be the final step for Spartak Moscow’s first championship since 2001. Zenit, in the meantime, is looking at another lost season despite the fact that the club hired prolific Romanian head coach Mircea Lucescu last summer.

Lucescu, in fact, was supposed to not only return Zenit to the very top of Russian football, but also challenge for the Europa League title. In other words, Lucescu was supposed to bring stability to the club, something that André Villas-Boas struggled and failed to achieve last season.

The defeat to Spartak means that Zenit are now third in the table—11 points behind Spartak, and one point behind CSKA Moscow—and that, three-quarters through the season, Zenit are not only going to miss out on the Russian championship once again, but could also face another season without Champions League football.

The domestic season has been made even worse given the fact that RSC Anderlecht eliminated Zenit in the round of 32. Here, Zenit were undone by a slow start in the first leg. Zenit lost the first leg in 2-0 in Belgium, and when the tie returned to Saint Petersburg Zenit needed a small miracle. In fact, they seemed to actually have enough to overcome the 2-0 deficit and were leading the game 3-0 with just moments to go, but then conceded a late goal, which meant that Anderlecht went through on the away goal. 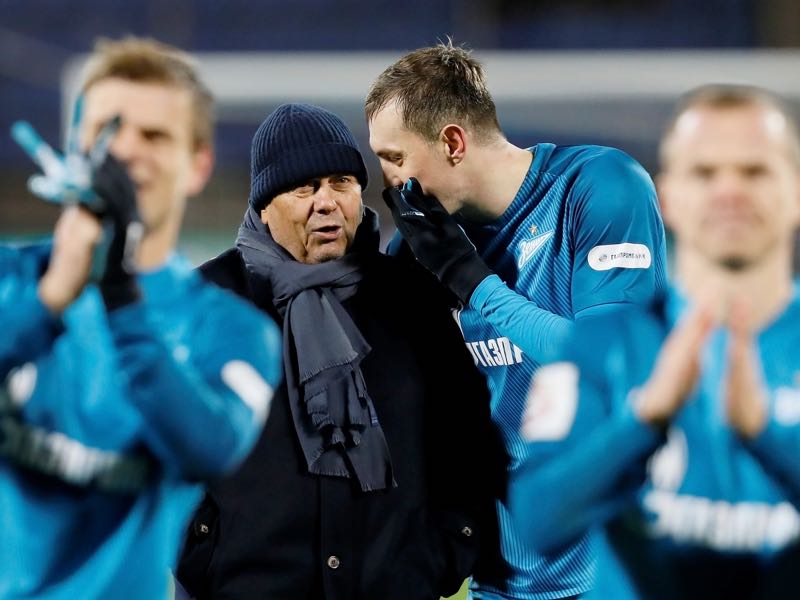 Just like last season, when Zenit were eliminated by Benfica in the round of 16 of the Champions League, the club lost this tie in the first leg. Mircea Lucescu was brought in to end Zenit’s problems in European football.

The Romanian head coach had guided Shakhtar Donetsk to several long runs in European football after the equally long winter break in the Ukrainian Premier League. Zenit started well in Europe by winning five out of six group stage matches but, for whatever reason, Lucescu, just like Villas-Boas last season, was unable to get Zenit ready on time to compete in Europe after going on a three month winter break.

Zenit made significant changes to the squad in order to have sufficient squad depth to compete in both Europe and the Russian Football Premier League. It is true that losing Axel Witsel to China was a significant blow, but the club signed six new players in the winter break including the Brazilian Hernani, Serbian legendary defender Branislav Ivanović, and prolific winger Yohan Mollo.

Zenit made major investments in the winter

With the new signings, Zenit was supposed to be well equipped to go deep in Europe, and then also challenge for the title. But now, with seven games to go in the Russian Football Premier League, the club has only a Champions League spot left to fight for.

In fact, Zenit’s results have been inconsistent since their Europa League exit to RSC Anderlecht. The club drew their first game against CSKA Moscow, lost to Amkar Perm, defeated Arsenal Tula and Rubin Kazan, and then drew Anzhi Makhachkala, before losing 2-1 to Spartak Moscow this weekend.

These are not exactly the sort of results that one expects from a club with the biggest budget in Russian football. Furthermore, Lucescu seems to know that his squad has problems, which has led him to blame outsiders for his club’s poor performances. This tactic is familiar to those who have followed the last few years with Shakhtar Donetsk.

The Romanian coach often singles out referee performancesand hints at conspiracy theories directed from Moscow—the seat of the Russian Football Union, which Lucescu suspects supports Spartak. The tune is familiar from when he was a coach at Shakhtar, one simply needs to replace Kyiv with Moscow, and Dynamo with Spartak or CSKA. 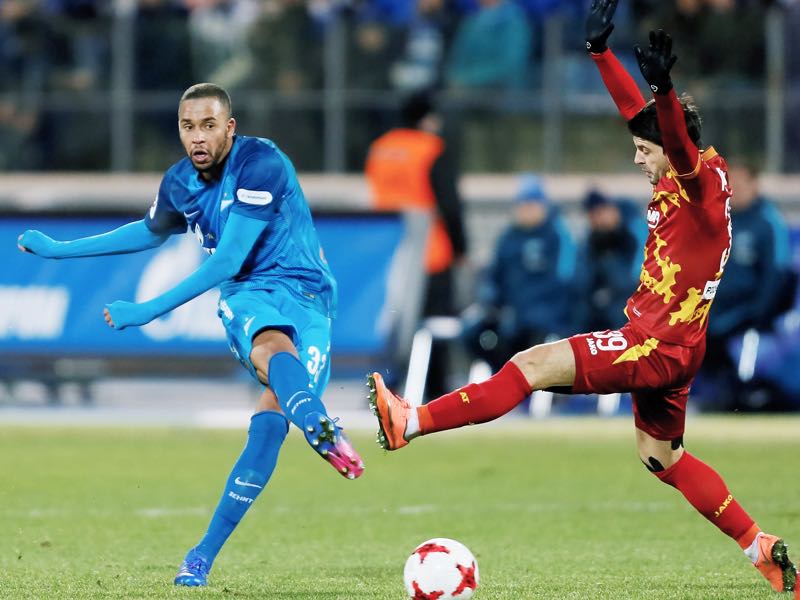 Fresh from Brazil, Hernani lacks the experience to guide a club like Zenit on the field. Ivanović, meanwhile, was supposed to add depth to the back four. The defender was brought in as a centre back, but the club may have ignored the fact that Ivanović only seldom played that position while at Chelsea. In fact, Chelsea sold the Serbian because Antonio Conte did not believe that Ivanović was able to play a three-man defence.

Finally, Lucescu himself has lacked tactical flexibility. Many clubs in Russia started to experiment with a back three and a five-man midfield after Rostov took the league by storm with this system last season. Lucescu, however, has simply taken his old Shakhtar Donetsk tactics, and tried to form fit his squad at Zenit into his playing philosophy despite the fact that he does not have the players to play that system.

All of this has meant that Zenit are now in danger of playing Europa League football once again next season. This scenario would be unacceptable for the decision makers at Gazprom, especially as the club is scheduled to move into the brand new Krestovsky Arena.

Lucescu has seven games to avoid this scenario, and he has certainly the experience to accomplish a second place finish for his club. But whether he has the tactical flexibility to get there remains to be seen.