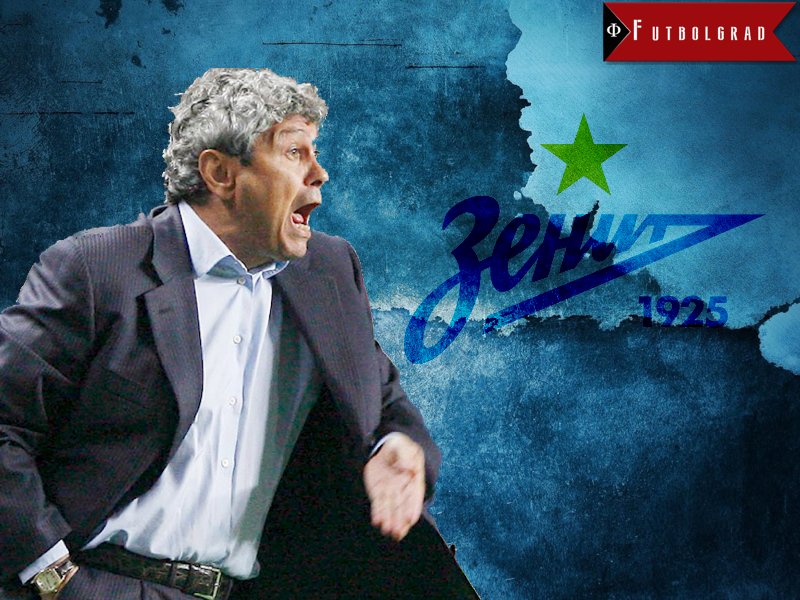 Russia’s richest club Zenit Saint Petersburg is embarking on a new project next season. Just days after André Villas-Boas’ replacement, Romanian coach Mircea Lucescu was signed by the Gazprom owned club, speculation has grown over the changes that will be introduced in Saint Petersburg.

Rostov and FFP – Zenit’s Backdoor to the Champions League?

Zenit’s third place finish in the 2015-16 Russian Football Premier League season means that the club will miss the 2016-17 Champions League season. There is however a good chance that UEFA will ban second placed FC Rostov from participating in European competitions next year, as the silver medal winners are already under Financial Fair Play (FFP) investigations by UEFA due to financial problems. Rostov reached a settlement agreement with UEFA in 2015 in which it promised to control its finances, but the club’s finances have remained in the headlines despite the agreement with UEFA. 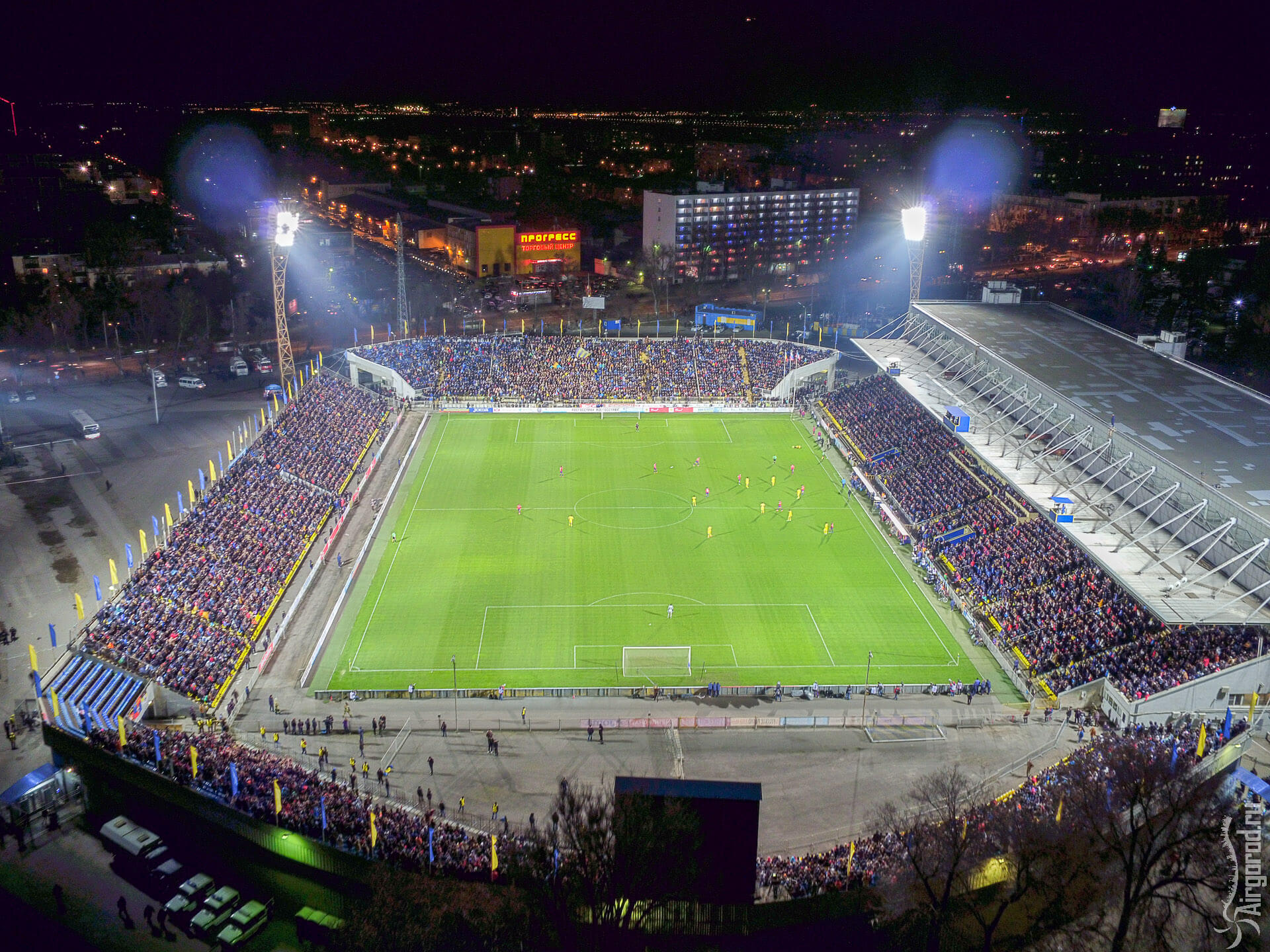 Until UEFA makes a final decision on Rostov’s future Zenit will have to settle with the group stage of the UEFA Europa League rather than the far more lucrative UEFA Champions League. Like Rostov, Zenit has been under repeated FFP investigations by UEFA, and the much lower prize money in Europe’s second tier means that the club will be forced to make a profit on the transfer market before Lucescu can make the necessary adjustments to Zenit’s squad.

Furthermore, the lack of guaranteed Champions League football means that some players have already expressed interest in leaving the club. At the centre of transfer speculation is Zenit’s Brazilian superstar Hulk. During the winter transfer window Hulk received several offers from clubs from the emerging Chinese Super League, and as Sport-Express reported on Monday May 30, Hulk is now expected to leave the club for China during the summer transfer window.

Will Lucescu Sacrifice Hulk to Rebuild?

Zenit, who purchased Hulk for €40 million in 2012, expect a record transfer income for the Brazilian winger, money that could be used by Lucescu to bring in players that fit his tactical system. Another player on the way out is Axel Witsel, as the Belgium defensive midfielder is likely to leave Zenit after the European Championships in France. Witsel, like Hulk, will provide Zenit with a major financial windfall that could be used to rebuild the squad.

Judging from recent media speculation. Zenit is now linked to current, as well as former Shakhtar Donetsk players. Sport-Express believes that Lucescu is interested in signing Sampdoria Genoa, and former Shakhtar midfielder, Fernando. The Brazilian midfielder was sold by Shakhtar to Sampdoria for €8 million before the start of the season, and has made a significant step in his development during this year’s Serie A campaign. Fernando would be an ideal replacement for Axel Witsel.

The Ukrainian sports portal Tribuna also reported that Lucescu wants to sign Shakhtar’s Brazilian wingers Taison, and Marlos. Taison has been especially vocal about his desire to leave Shakhtar Donetsk at the end of the season, but it is possible that the Brazilian winger may move to England. There have also been persistent rumours about Marlos leaving for a bigger European league. But so far the speculations that have linked Marlos with a move to Borussia Dortmund, or England have been unfounded.

Both players have been, however, key components of Lucescu’s tactic at Shakhtar Donetsk last season, and with the millions earned through a Hulk transfer to China, Zenit may make an offer to Shakhtar that could not be refused. Furthermore, Shakthar’s new head coach Paulo Fonseca might be inclined to sell one or even both players in order to obtain the necessary finances that could then be used to bring in players for his tactical approach at Shakhtar Donetsk.

Lucescu has in the past shown his preference for Brazilian players, and it is expected that he will once again scout the planet for talented young Brazilians. At the same time, however, the 6+5 rule, which forces clubs to field at least five players that can play for the Russian national team, means that Lucescu will have to make room in the current Zenit squad.

Hence, several of the club’s foreign top earners are expected to leave. Alongside Hulk, and Witsel, those players could include the Portuguese players, midfielder Danny and defender Luís Neto, the Italian Domenico Criscito, or the Belgium defender Nicolas Lombaerts. At Shakhtar fast attacking play instigated through fast wingers has always been a prime component of Lucescu’s game, and the Romanian might chose to replace the above mentioned players with younger foreigners in order to bring more pace into the squad.

What About Zenit’s Russian Players?

It will also be interesting to see how Lucescu will handle the Russian players. Artem Dzyuba, who is regularly caught in the offside trap due to his failure to backtrack, will have to either adapt his game or could even be replaced with a more mobile striker up front. This could be good news for Aleksandr Kokorin, who could either play up front, or in a similar role to what Alex Teixeira played for Shakhtar in the first half of the 2015-16 season. Also don’t be surprised if Zenit snatches up Krasnodar’s sensation Fedor Smolov, who is widely considered a more mobile striker than Dzyuba.

Winger Oleg Shatov meanwhile should do well in Lucescu’s system of fast paced players, and it can be expected that under Lucescu the young Russian winger will make another significant step forward in his development, and he has already voiced his excitement at working together with the Romanian coach.

Regardless, the speculation over Lucescu’s new signings at Zenit highlight that the Romanian coach will want to make significant changes at the Saint Petersburg based club in order to return the club to the top of the Russian Football Premier League. Lucescu will also have to fulfil Gazprom’s ambitions in Europe, as the gas giant has been clear that they want to see Zenit lift a European trophy—preferable the Champions League—in the near future. This is certainly a tough ask for Lucescu, but based on his time at Shakhtar, it is obvious that he knows how to build a team that can be successful in Europe.