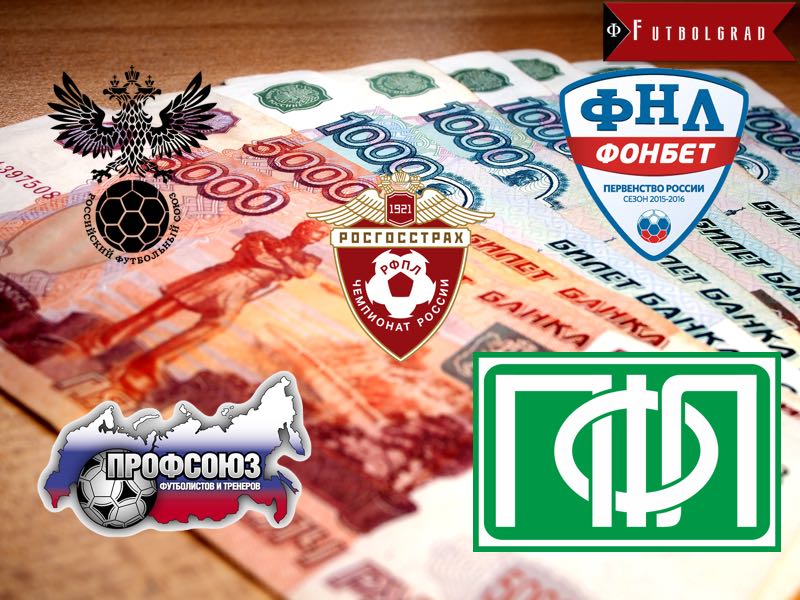 There are some ugly truths about money in Russian football. These truths are that no Russian club is truly solvent, has more than 5% of non-benefactor revenue, or has a clean record for paying players and staff on time. Furthermore, Russian clubs make more money without supporters at the match, and not a single team in Russia is close to being an actual football brand.

For more than 10 years, I have had contact and connections with Russian professional football. I have conducted research with and for clubs. I have worked on projects with clubs. In all this time I have yet to see anyone, within the administration of professional football or clubs in Russia, who has the guts to make it sustainable. As of today there is simply no money in Russian football.

There have been lots of pretty words, lots of business plans, lots of brainstormed ideas and lots of good intentions. Yet time and time again we witness the tragedy of clubs going bust, supporters hurt, and players and staff unpaid—only to see these very same bankrupt clubs suddenly resurrected under a different guise with the same crooks in charge. This, sadly, is the reality for football in Russia.

“They brought the cash from tickets to the office, I gave it to one of the assistants and he took it to XXXX. Then he decided to take it to the officials, our team, or the opposition. That’s what happened almost every time,” a source at an unnamed Russian club told me once.

When my former company won a consultancy contract with a football club in Malta, I was happy. It gave me an excuse to get to a destination I wanted to visit, and our company was adding another string to our portfolio. At that point we had 12 successfully completed club projects in five countries and this one would be the biggest yet.

We made and/or saved money for each club and now we were being asked to do a full-on overhaul with the most successful Maltese Football Club. We worked meticulously until the club’s brand was sufficiently well known to build an investment plan and structure. We were ready to go mainstream, got investors, a high profile coach, good players and re-invigorated the fan base. Then the Maltese rock turned into shifting sand.

Debts hidden off the books, unpaid players, a director misappropriating funds to enrich himself and a secretary making cash on the side with dodgy agent deals hit us early on. The first full season under the new structure, supported by the entire fan base, a new era of openness, of being sustainable, of winning matches and trophies, began to slide into the blue Mediterranean Sea. Two weeks into the season, over 50% of the budget had disappeared. It took months to untangle the mess, survive in the League, reach a Cup Final and, once we’d finally sorted it, the goalposts shifted again.

A saviour arrived and destroyed the club

A saviour arrived, promising to rid the club of debts by fair means or foul, knowing full well that we’d already cleared the debts and broken even. Yet the fans readily believed his boasts. Within weeks the man, whose money came from bundles of product collected by speed boats in the Maltese waters, had misappropriated the budget for the new season. In addition to having stolen thr funds that were meant to repay investors, he broke contracts with players, hired a match fixer and, all the while, was cheered by the masses.

Three years after beginning the project, and over a year from working full-time on it, the final whistle blew. I called a halt when a committee meeting to finalise a fundraising training camp, which took two years of planning, was used to accuse me of talking to the media about the trip.

The clown who set me up had failed to realise that Lokomotiv Sofia play in the Bulgarian League and that Volga Ulyanovsk were not a top Russian Football Premier League team. An attempt to steal the funds that had been given by sponsors for the trip was thwarted by a wary bank official that evening. She realized that the ‘Alan Moore’, who was signing for more than €6,000, couldn’t be me.

My doppelgänger was over 40kgs heavier, 5cms shorter, bald and spoke with a noticeable Maltese accent and also was known as a local heavy for the new Club President. Four days later I left Malta.

“You call again, I go and kill you”

Safely back in Russia, I was clasped to the stifling bosom of the Russian sports family. Our company had recovered from the 2008 crisis and was growing steadily to make 2010 a good year—then in December I received a call early on a Tuesday morning. An angry voice on the other end of the line told me: “You call again, I go and kill you. You don’t send me letters from your f##king lawyer. You send me letters and I go shoot you.”

The fact that my five year-old son was lying on my chest made the moment worse. It was the fifth such call in as many hours from a Club Director. Three players we represented had not been paid since September and we had just issued legal writs against the club. Since it had gone legal I had neither called the man, nor the club, our lawyer was dealing with it. He didn’t care. The outstanding sum was 215,000 roubles, a decent amount for a second division side in Russia, however, we knew they had paid all debts, except to our three—the youngest players in the squad.

The Footballers and Coaches and Agents Union (PSFT) were useless. The players, our lawyer and our Croatia-based agent had requested help—though it was coming at a price. 50% of the money recovered would go to an agent working with the PSFT. Thankfully the players spoke in unison with us and wanted the full amount. On December 30, our lawyer arrived at the office with a bottle of champagne, which was unusual as she was a teetotaller. She dumped a plastic Dunnes Stores bag on my table and told me to check. 215,000 roubles in used notes and three letters stating our players were now Free Agents.

We called the players, paid money into their bank accounts, after taking our 5% fee, and split the champagne between seven. For the work we put in—calls, emails, registered letters, court submissions and a trip by myself and our lawyer to the club, our accountant showed we spent 11 times our fee to get justice for the players.

On January 22, it was thrown back in our face when one player broke his contract with us to sign with the agent from the PSFT (who is still a member of the disgraced Russian Footballers, Coaches and Agents Union). This robbed him of a move to a good club in the Austrian First League (the second division) and he ended up signing with a club who paid him for one and a half months from an 18 month contract.

A second player exercised his right to sign for a club of his choosing and, on January 22, signed with the same club he had just fought with for back pay and a cancelled contract. He explained to met, “Now they won’t mess with us.” He signed for six months and received one month’s salary. We released him from his agency contract. The third player joined the Army and now works as a Security Guard with the Ministry of Foreign Affairs in Moscow. I had coffee with him in June and he told me that after spending 15 years of his life in the Russian Football system, the Russian Army was a pleasure.

He told me: “These are like cockroaches; a nuclear holocaust can happen and they’ll survive, be appointed to a club and ruin it again. Not one person in power has the bravery to actively remove them.”

Alan is from Dublin, Ireland and now is based in Russia.  He played and coached football to semi-pro level in a number of countries, and boxed Internationally.  He has worked with football clubs in Europe, the Middle East and North America.  At present he is a sports columnist and commentator, and Global Brand Director for BOSSNA Professional Sports Nutrition. Follow Alan on Twitter @DangerKidsBooks