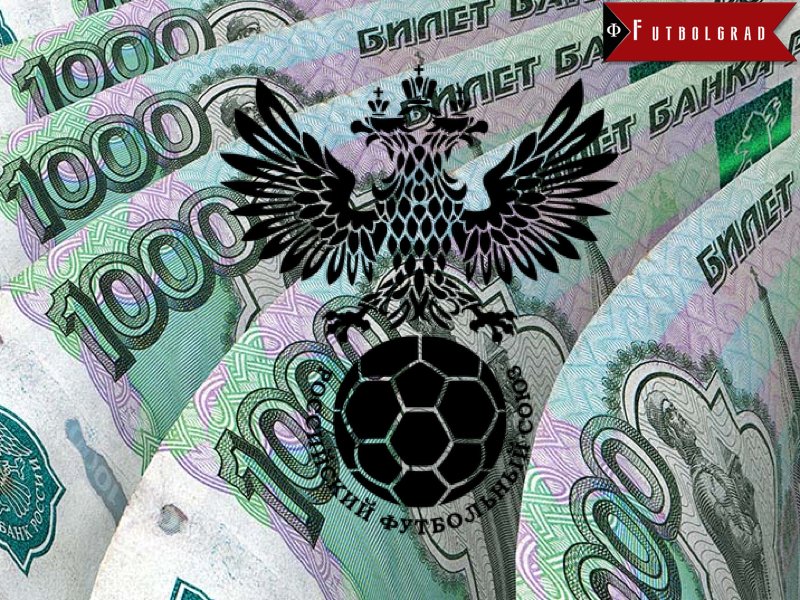 There was an outpouring of anger and criticism this week as Russian internationals Aleksandr Kokorin and Pavel Mamaev were filmed ordering €250,000 worth of champagne, apparently served with sparkles to the tunes of the Russian national anthem, at a glamorous Monaco nightclub (see the video below).

If this had happened at another time, it may well have been confined to the gossip columns. The fact that this incident comes just weeks after Russia’s abysmal elimination from Euro 2016, has caused the incident to turn into something of a national scandal.

The clubs of the players involved have been swift in their condemnation—FC Krasnodar labelled Mamaev’s involvement “outrageous and unacceptable”, whilst Zenit Saint Petersburg expressed “extreme disappointment” toward Kokorin.

Even the President’s office got involved; Vladimir Putin’s spokesman branded the party as a “shameless display of conceit.”

Furthermore, both clubs have, for now, suspended the players from the first team. Mamaev will be training with the reserve squad for the time being, while Kokorin has been sent down to Zenit-2, which plays in the Football National League (the second division).

Kokorin, especially, could be now in for a rough ride. Futbolgrad personally experienced the wrath of Zenit’s head coach Mircea Lucescu in Florida, where Lucescu’s former club Shakhtar Donetsk were holding their winter break camp, and it is for good reason that we believe Kokorin could be in the doghouse for some time to come.

Kokorin’s future aside, the fallout has raised difficult questions about the nature of wealth in Russian football, and its contrast to the continued underachievement of the nation’s footballers.

Aleksandr Kokorin and Pavel Mamaev, like many Russian internationals, command very high wages. Indeed, Kokorin is the second highest earner in the Russian Football Premier League with an annual salary of €5 million at Zenit Saint Petersburg.

Clearly, some Russian players are paid wages that compare with the best in Europe. Unfortunately, their performances rarely are at an equivalent level.

Russian clubs have faltered in European competition in recent years. There is a feeling that the momentum of the 2000s has been lost, with clubs now struggling to replicate the quality of the previous decade.

This is even more evident with the national team. While Russia showed promise at the 2008 European Championships, more recent campaigns have been disappointing. They failed to qualify for the 2010 World Cup, and stumbled in the group stages in 2012 and 2014. The efforts of the likes of Kokorin and Mamaev at Euro 2016, however, have to go down as the most disheartening display so far.

Russia looked totally outclassed and out of their depth throughout. Toothless defeats to Slovakia and Wales led to an early exit, with many commentators calling Russia the worst team at the tournament.

Russian football is awash with money. Clubs bankrolled by high profile oligarchs have spent monumental sums on both foreign and domestic stars. While the economic downturn in Russia has blunted this to an extent, there is still a feeling that finances remain ballooned beyond healthy and sustainable levels.

At the heart of this excess is the over-valuation of Russian players. Futbolgrad has talked for some time and at length about the drawbacks of the quota system in the Russian league. Recent events make the subject more relevant than ever.

Aleksandr Kokorin is now in danger of becoming the symbol of a spoiled generation – Manfred Werner – Tsui cc-by-sa3.0

Clubs are obliged to have, in their starting lineup, at least five players who can play for the Russian national team. But at the same time, Russia’s youth development system has not produced enough high quality players. As a result, high-level professional Russian players are in short supply, and they command wages that often far outstrip their true value.

Furthermore, the quotas mean that young and ill-prepared Russians players are frequently catapulted into the first teams of major clubs. Virtually guaranteed a starting berth, their development and often their motivation stagnate.

With the adulation and high wages bestowed upon them at home, very few Russian players attempt to improve themselves abroad in major European Leagues. The victim is Russian football as a whole. Russian teams and players receive a rude awakening when their shortcomings are exposed at international competition.

Russia at Euro 2016 – Display of a Spoiled Generation?

There is a now a feeling that Russia has produced a generation of spoilt and insulated footballers that lacks the ambition and the talent to prove itself at the highest level.

Instead, many are taken in by the hype and the glamour that surrounds the Russian game. Kokorin and Mamaev have become the poster boys of this phenomenon. Their displays of extravagance leave them out of touch with the vast majority of Russian fans. The fact that many ordinary Russians are still suffering from the effects of the nation’s recession makes the contrast even more jarring.

It would be wrong, however, to scapegoat Kokorin and Mamaev, for they are just the outward manifestation of deeper more fundamental shortcomings in Russian football.

Genuine foresight and action are required from the administrators of Russian football. They need to tackle flaws in player development, inefficient quota systems, and the laissez-faire attitude to financial fair play that has left the Russian game bloated and unseemly.

Whatever happens in the future, the hostile reaction to Kokorin and Mamaev is completely understandable. The Russian public has been deprived of success for too long, and Russian players have become detached from the gritty realities of both football and Russian society as a whole. The hope is that the troubled Euro 2016 campaign will be a tipping point, an impetus for genuine change.