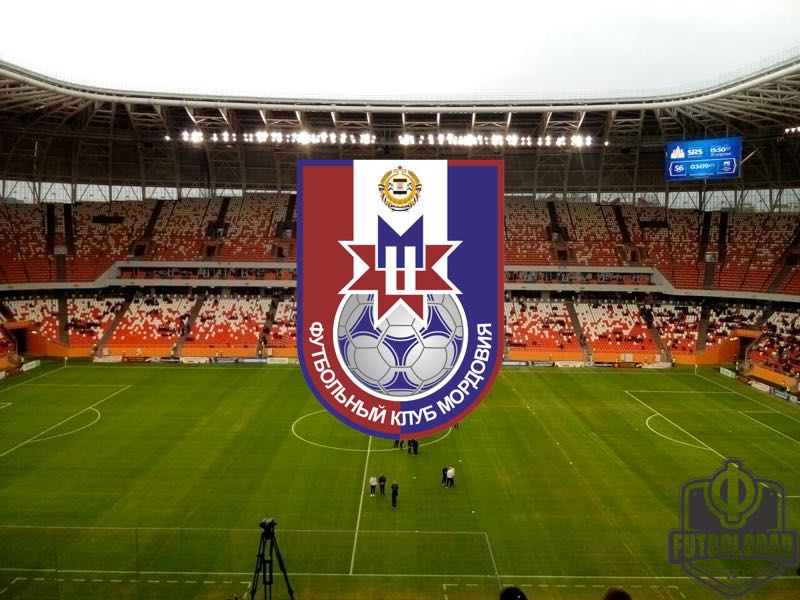 A few quirks aside – people are warned not to throw glass bottles, mobile phones or diapers in the toilets, the PA system split a few eardrums and the playing surface was discoloured in parts – the Mordovia Arena opened for business seamlessly this weekend. One of the last venues for the forthcoming World Cup to hold a FIFA-mandated test match, it is little more than a stone’s throw from the city’s long-standing Start Stadium where local club Mordovia Saransk have been playing. The two venues may be physically close but are a world apart.

Like many of the newly constructed venues for the World Cup, there is a plan to reduce the capacity of the Mordovia Arena after the finals to a more manageable 22,000. The problem is that even this significantly reduced capacity is far above attendances Mordovia Saransk have ever been used to, even when they were a top-flight side.

After a couple of tumultuous consecutive relegations they are on the verge of returning to the second-tier FNL, so can count on an increase in interest. The small matter of the more luxurious Mordovia Arena and the World Cup show rolling into town will hardly hurt. But what next? Even with a return to the Russian Football Premier League (RFPL), it would be ambitious to expect 10,000 fans to turn up.

Mordovia Arena – what will be its legacy?

Start Stadium is made up of a quaint Soviet structure as the main stand with a fresh coat of pastel paint on the outside, but the remaining three-quarters of the stadium are catered for by simple scaffolding, flaking unused wooden advertising boards and a slightly out of place digital scoreboard. The main stand stairs are crumbling, with many seats discoloured of cracked, while the press area has a wooden board as the working area above empty cognac bottles and weeds on the floor. Luxury is not paramount, even if nostalgic charm is.

As if to mock the older stadium, from the top of the main stand on can see the magnificent orange-speckled Mordovia Arena just a few hundred metres as the crow flies. When the Futbolgrad Network visited, there were a couple of eight-a-side local league matches taking place on the Start Stadium surface while joggers ambled around the athletics track. The legacy of the original home of Mordovia Saransk appears to be intact for now at least.

Saransk is the Republic of Mordovia’s picturesque capital but only holds a population of around 350,000. At current full capacity, the new stadium would house more than one in ten residents, and even the post-tournament reduced size would take a significantly increased engagement with local fans – not just straightforward promotions – to fill it. 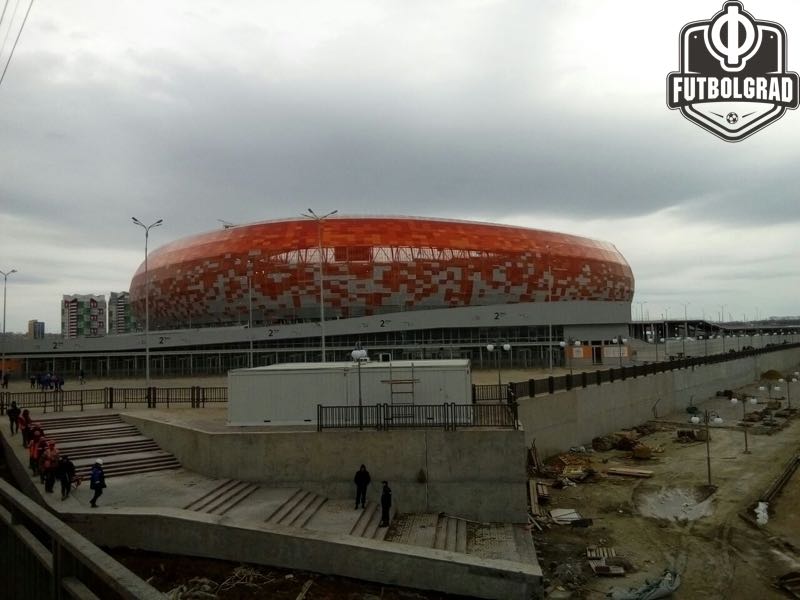 The awarding of host city status to Saransk was initially seen as controversial for a number of reasons. The infrastructure of the city is hardly equipped to handle such a vast increase in visitors that the tournament inevitably brings to start with. Just two months before the greatest show on earth rolls into town there still is not a single bus link to the airport for example, and while Inevitably there will be improvements made right up until June it is hard to see them being required in the long run to the extent they would in a larger expanding city.

“My guess is the reason is both political and geographical,” explained Dr. Manuel Veth, Editor in Chief of Futbolgrad Network. “Saransk is relatively central and forms a cluster of venues with Nizhny Novgorod, Samara and Kazan. As a result, it is easy to get to the city from those three cities as well as Moscow.”

The airport and train stations provide direct routes to the capital, but neither are daily services. Nevertheless, in the bid planning process, it is clear it was an easier sell than Ufa or Krasnoyarsk, both of which have successful sporting teams and much bigger populations.

Saransk – a matter of politics?

Getting around the city itself will be one major advantage though. There is no underground major transit system as the city is simply too small and there is no need. Taxis are cheap, but it is comfortably possible to travel from one side of the centre to the other in less than an hour on foot. The views are spectacular along the miniscule Saranka River with national museums, cultural centres, old theme parks, zoos and churches.

Other factors played into the decision to choose a locality with little obvious professional sporting history though. “I think, similar to what was the case in Brazil, Saransk was also chosen for political reasons,” Dr. Veth continued. “Like Kaliningrad and Kazan, Saransk, as the capital of Mordovia, is often viewed as a region that could potentially break away from Russia one day. By including Mordovia in the World Cup Russia also cements its presence in the Republic.”

National sentiment was almost entirely centred around the Republic of Mordovia rather than the Russian Federation before the opening match, with traditional Mordovian music belting out for two hours ahead of kick-off. The only concession to Russia as a whole was the national anthem right before kickoff, but even that was followed by the Mordovian national anthem. Political moves are hardly new to the sport, and it isn’t a stretch to believe there were partly such motives behind Saransk’s selection. 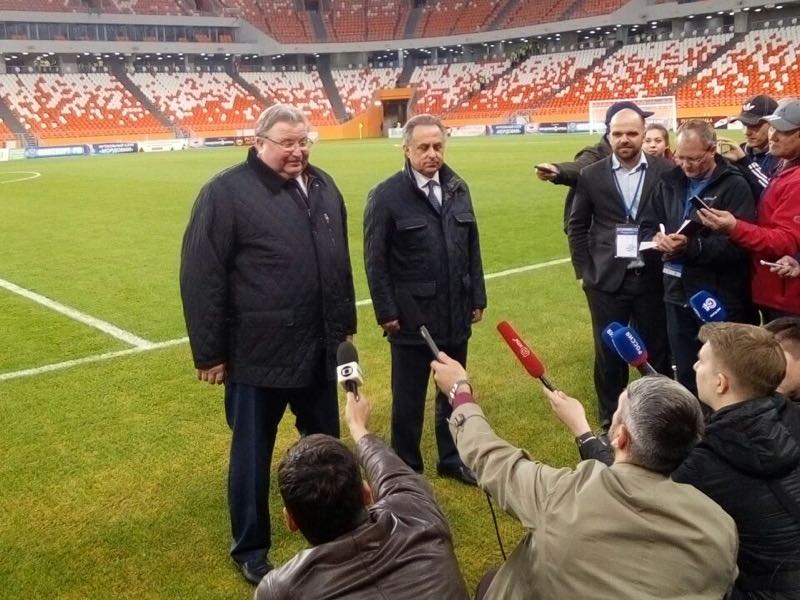 If anything, this should be celebrated. Russia is widely misunderstood on the world stage, in no small part due to the lack of understanding of the vast array of cultures and faiths that make up the Federation. Mordovian culture is another varied facet of the Russia that would otherwise have been overlooked this summer; the decision to award a fortnight of global attention to the city of Saransk alone will not be decisive in itself in any potential future breakaway, so a cooperative process such as this can be used positively.

Whatever concerns arise regarding the long-term impact of staging the tournament on such a compact city, the short-term preparations for the stadium itself are in excellent shape. The pitch itself is an issue that will be resolved with further treatment, while the security surrounding the arena was watertight ahead of the test match. Police had a strong presence on the streets, both around the ground and outside major hotels and traffic thoroughfares, and were pleasantly mannered. Mordovia Arena and the city of Saransk are ready – and they might just surprise the world.