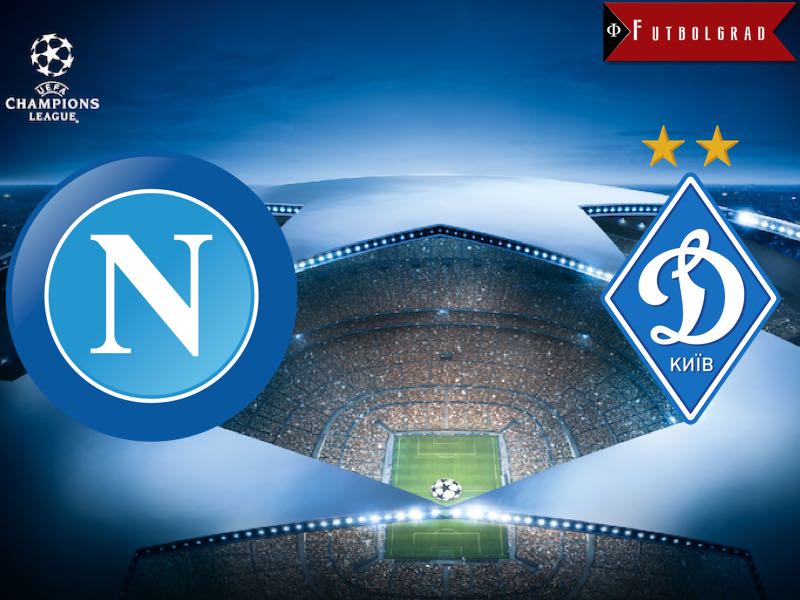 Dynamo Kyiv continue to struggle in the Champions League this season, as they were pressed hard by Napoli, and could barely hold on to a 0-0 draw.

Napoli right away took control of the match with Dries Mertens almost scoring twice both times on wonderful breakaways, but both times Dynamo keeper Artur Rudko came far out of the net to stop the play in its track. Then Amadou Diawara spotted Lorenzo Insigne with a long-range pass, but Insigne stumbled in the box just before he could complete the attack, and shortly after Marek Hamšík almost scored with his long-range shot being stopped by Rudko. Napoli kept pressing in the first half with Dynamo having difficulties to break out of the strangle hold imposed on them by the Serie A side, and must have felt lucky to secure a goalless draw going into the dressing rooms.

Napoli started the second half where they left things of in the first interval, as the Italians gradually tighten the screws on Dynamo’s back four. It took Dynamo ten minutes to break out from their defensive play, as Andriy Yarmolenko found Serhiy Rybalka whose shot from 10 yards failed to find the goal. But what could have been a spell of attacking play immediately reverted back to Napoli taking control of the match with Hamšík almost opening the scoring with a powerful drive from 18 yards, and then later in the half Manolo Gabbiadini tested Rudko from 25 yards out, and the goalkeeper had to do well to stop both shots. Napoli continued to press for the winner

Yevhen Khacheridi was a rock in Dynamo Kyiv’s defence, as the centre back was key in keeping the score-line close for Dynamo. The towering defender was instrumental in organizing the backline, and his awareness was crucial in undermining several Napoli attacks.

Dynamo Kyiv fail to impress this season, and after being eliminated from the Champions League, as well as dropping eight points behind Ukrainian Premier League leaders Shakhtar Donetsk, Dynamo are very much in rebuild mode. Rebrov already started the young stars Tsygankov, and Artem Biesiedin. Then in the second half Rebrov brought on the 20-year-old midfielder Pavlo Orikhovskiy, as Rebrov is using the rest of the season to build for the future.